NGC 6535 is a rather obscure globular star cluster in Serpens Cauda. It is located about 22,200 light-years from earth but only 12,700 light-years from the center of the galaxy. Globular clusters orbit our galaxy in mostly highly elliptical galaxy spending most of the lives far from the center of the galaxy. But NGC 6535 is currently in the part of its orbit that carries it into the region of the galaxy\'s core. It is classed class XI on a scale in which type I is most condensed and XII least concentrated. One as loose as NGC 6535 could be mistaken for a dense open cluster such as M 11. The cluster was discovered by John Hind on April 26, 1852 using a 7\" refractor. He only found 4 NGC objects but one of them is NGC 1555 Hind\'s Variable Nebula.

NGC 6535 is an object I didn\'t have on my to-do list. On this night I opened the observatory while it was still a bit light. When the scope wakes up it goes to its \"home\" position which is an arbitrary point approximately two hours west of the meridian and nearly on the celestial equator. That night I took a preliminary image to see if all was working. There at the top of the image (south up) was a smudge in a 5 second exposure. Checking I saw it was this globular cluster. Looking it up I found virtually no images of it so decided to spend the 70 minutes on it even though it was well outside my image zone of good seeing. While seeing for this image is about 3.2\" to 3.5\" it came out surprisingly well. At least it is colorful.

Only a couple of galaxies in the image had redshift values. CGCG 028-004 is the quite red elliptical galaxy to the west (right) of NGC 6535. It is about 330 million light-years distant. Near the right edge, a bit below centerline is CGMW 3-1363 is listed as a spiral at 320 million light-years. None of the other faint fuzzies have distance data at NED at least.

Since it is seen against the Milky Way it is in a very rich star field which really blows up the size of a JPG image. 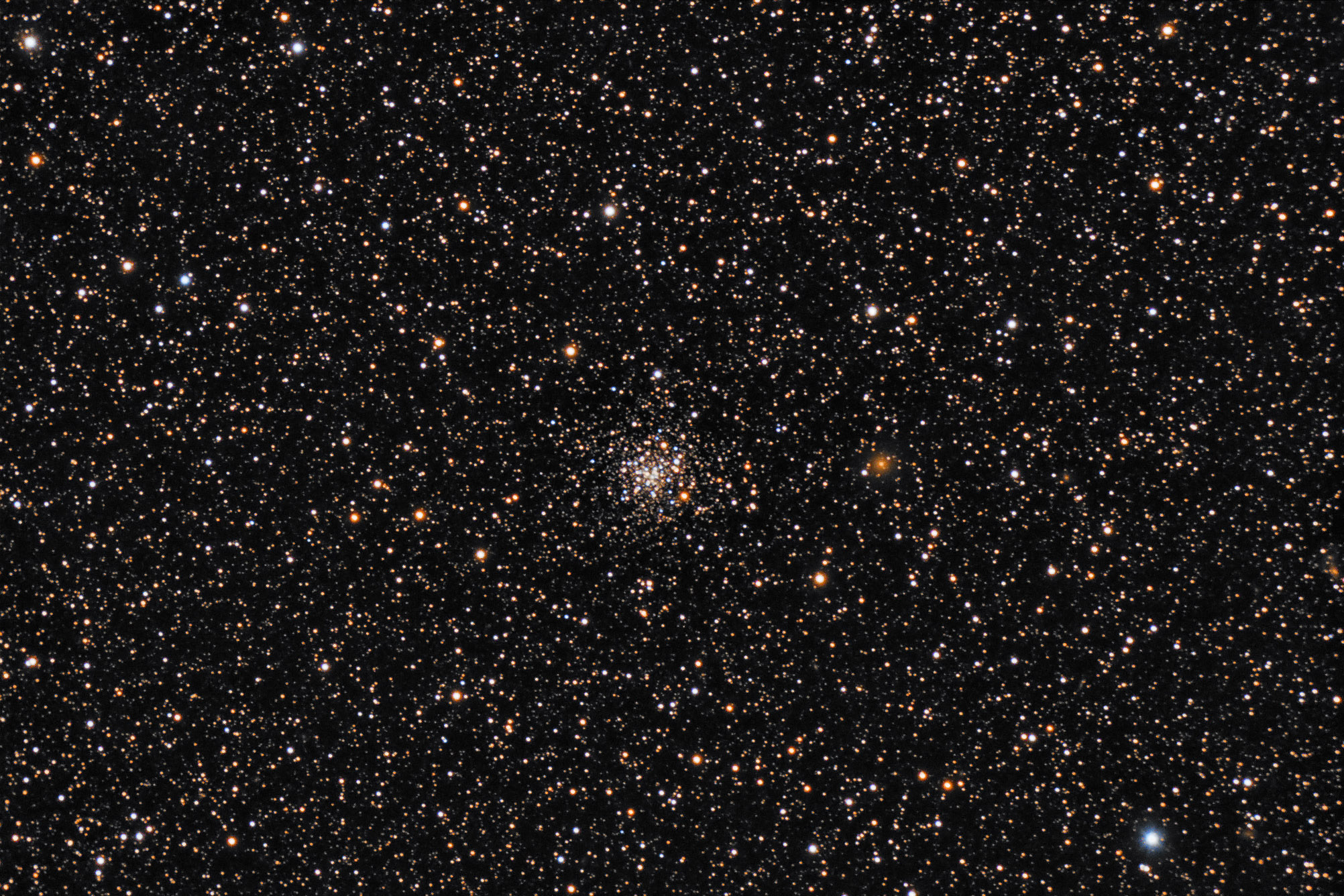