NGC 6543, the Cat\'s Eye Nebula is located in Draco about 3000 light years from earth. It is a small planetary nebula about 27\"x 24\" of arc in size for the bright center area. The outer parts are 350 x 332 seconds across in my image. While often imaged by the Hubble Space Telescope none of the images are true color. The closest I\'ve found is at http://www.nasa.gov/multimedia/imagegallery/image_feature_211.html. The outer regions are far too large for this telescope so it only shows the core region.

The outer parts are not really part of the planetary nebula itself. That is the bright central part. The outer parts are dust and gas thrown off by the central star while still a red giant during its mass loss stage prior to it creating the planetary nebula. The ages of planetary nebula are hard to determine but models indicate they can\'t last much more than 10,000 years but the expansion rate of the faint outer part indicates it is at least 50,000 and maybe as much as 90,000 years old. The spiral galaxy is NGC 6552 at about 350 million light-years. It is classed as SB? at NED and SBbc by the NGC project. It is a strong X-ray source and a Seyfert 2 galaxy so has a very active nucleus. Its colors seem strange. The bar is blue but the ring like arms very red. Or is it a bar? Take away the ring and it would look like a disk galaxy that has lost its dust but blue from recent star formation. I found little on this guy but could it be the result of a merger of a spiral and an old elliptical galaxy? That could explain the active nucleus.

NGC 6543 was found by William Herschel on February 15, 1786. My log from the original H400 preliminary list using my 10\" f/5 on a good night at up to 180x reads, Small, blue oval, planetary nebula. No central star seen, A very easy object.\" Of course, I was seeing only the planetary part of the nebula complex and had no idea it isn\'t \"easy\" to image. I had done so with film but that didn\'t pick up the area beyond the planetary either.

The Cat\'s eye Nebula is a very difficult target due to the extreme range in brightness. I didn\'t begin to get enough time on it for the outer parts. The inner part is so bright I could use only 1 minute exposures. Due to my camera\'s high read noise compared to some other cameras I took 60 of them. 3 were discarded due to seeing being suddenly worse on them than the rest. Why I don\'t know as they were not consecutive images. I then used an hours worth, in 10 minute subs, of data for the outer parts. That turned out to be insufficient. I really need at least two hours worth at 20 minutes per sub to be sky limited when imaging at 1x1 binning as I did here. So the outer regions are noisy and very fuzzy. I\'ll have to try again if I ever get a night for 1x1 binning again. Merging the two turned out to be more difficult than I expected. I really needed to get some 4 minute subs to transition between the inner and outer regions. 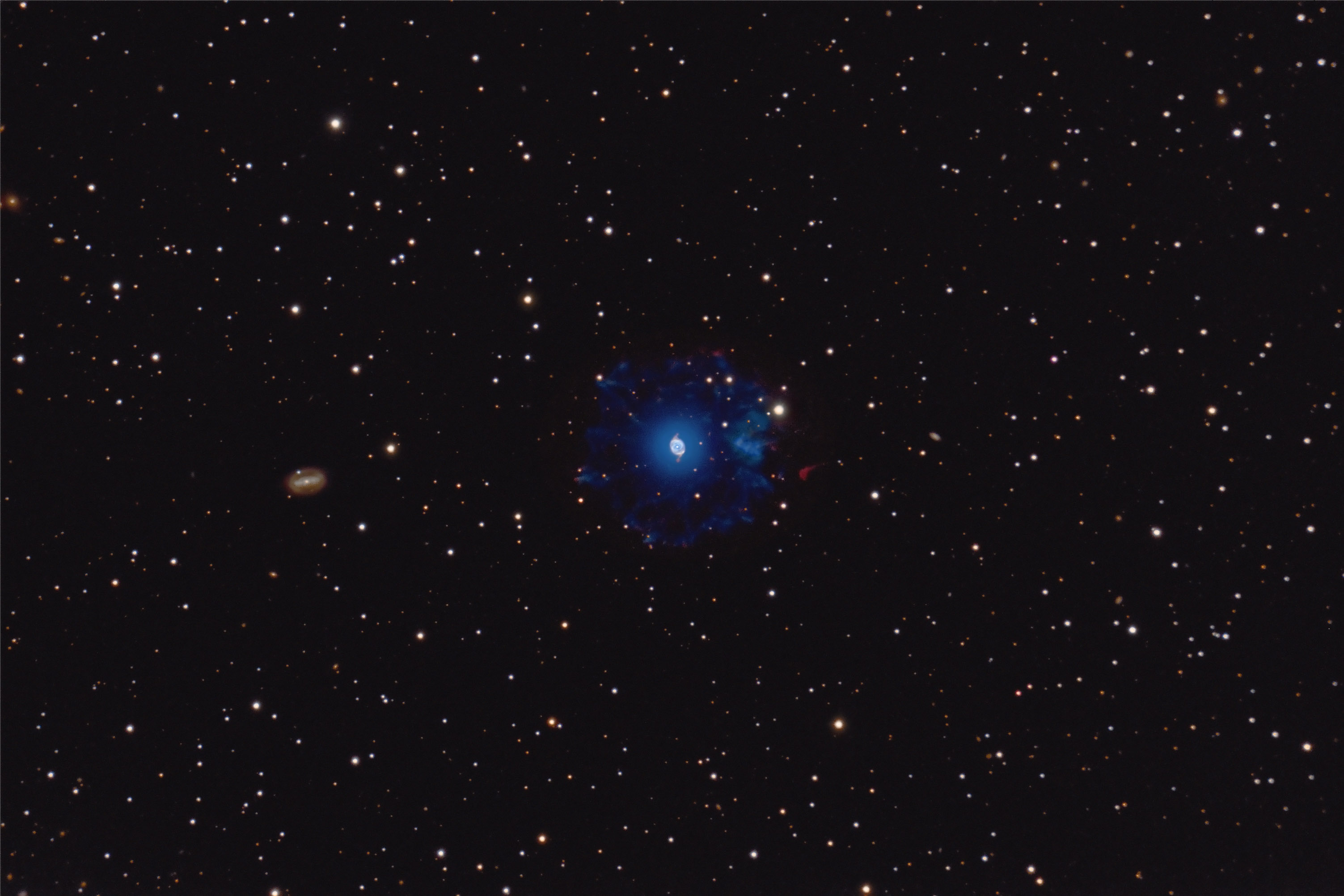 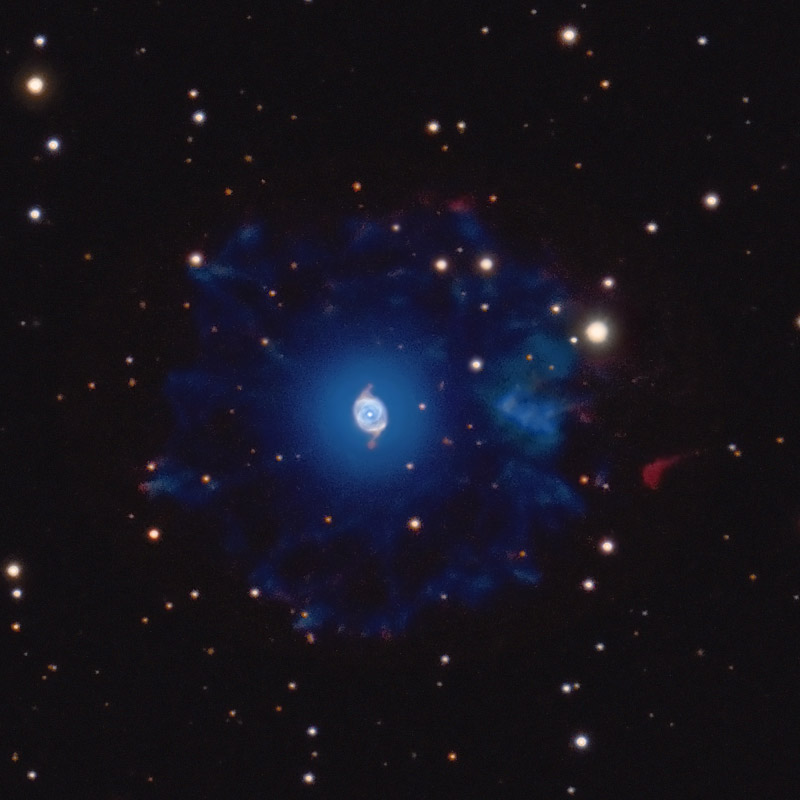