This is in a very rich star field but a very sparse cluster. I had to greatly restrain the background stars limiting how deep this image goes. Otherwise, the cluster was lost in the Milky Way. The cluster contains only about 30 stars. 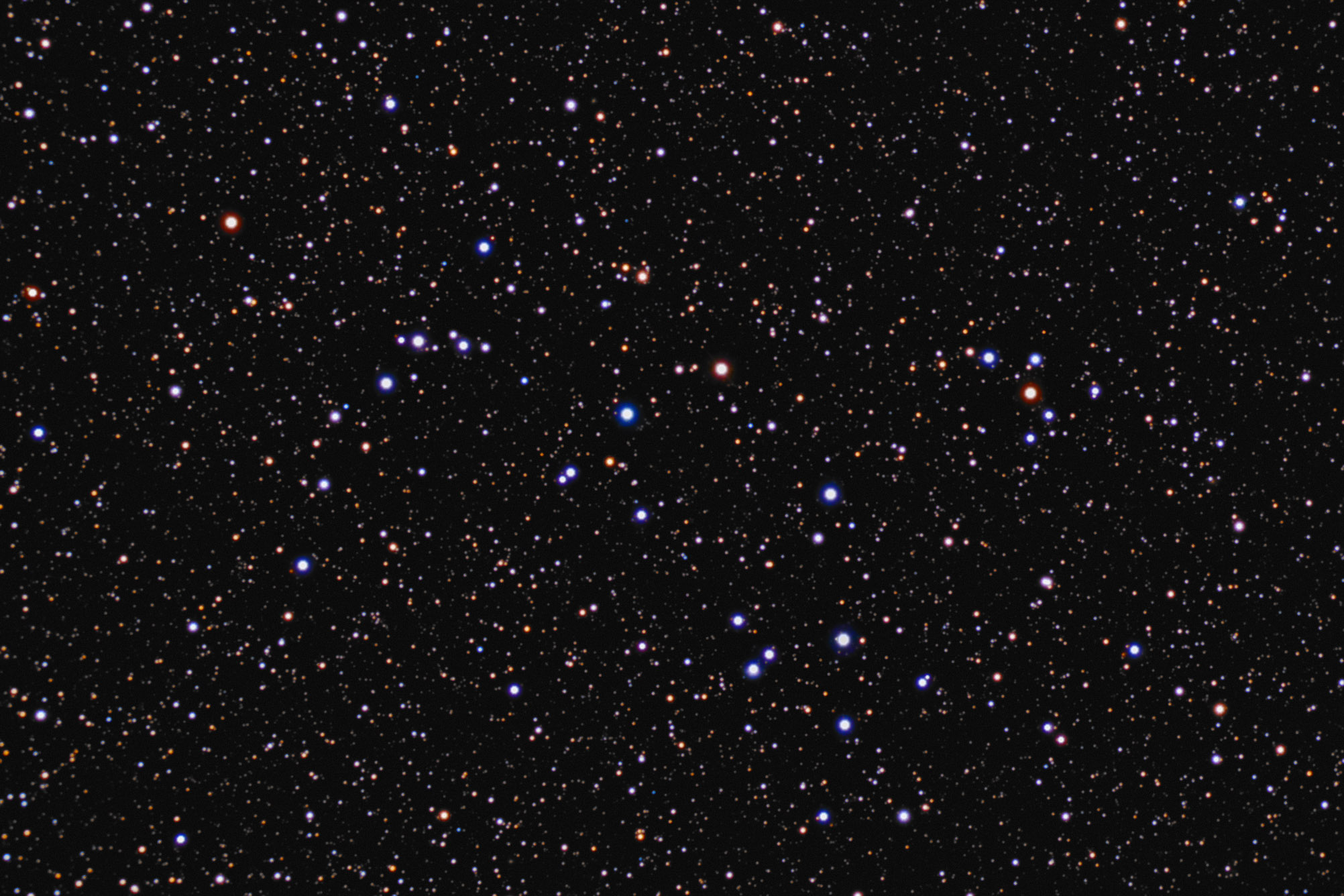