NGC 6636 is a pair of galaxies in eastern Draco north of its head. The pair are located about 200 million light-years distant. The near edge on galaxy is classified as Sc with a Seyfert 2 nucleus at NED. Seligman says Sc? The companion to the east MCG +11-22-047 is listed as a compact galaxy at NED and Sab? by Seligman. A note at NED says this about the companion: \"Dwarf satellite connected to the primary by a short thin filament, mostly normal to the surface of the latter. Primary appears to be spheroidal, not spiral. VV 368 relates to the companion on a stem (at the left). On the list 45 VV 679 relates to the whole group.\" I\'d translate this if I could but I think I\'d need a few (many?) more shots to do so (booze not image frames). VV 679 is both galaxies while VV 368 refers only to the edge on galaxy according to NED but the comment seems to say it is the dwarf. I don\'t know where the \"companion on a stem\" comes from unless it is the blue apparently distant galaxy above the compact galaxy. The thin filament connecting the two is somewhat of a mystery as well. \"Normal\" usually means perpendicular. The only thing I see this may refer to is the blue arc under the compact galaxy. It is sort of normal to the edge on if an arc is allowed to be used this way. Other sources also refer to the compact being \"attached\" to the edge on. I\'m afraid I don\'t see that. The comment that the primary appears to be spheroidal again is saying the dwarf is the primary? The whole thing makes no sense to me. It seems all backwards.

NGC 6636 appears to be a quite interesting spiral if we could see it more face on. It seems to have two major arms that are widely drawn out with lots of star clouds. I assume the length is partly due to interaction with the compact galaxy. I measure it at about 115,000 light-years across with the compact companion being only 15,000 light-years across. Normally such a small galaxy would be torn up by its much larger companion. Its very high density apparently saved it from this fate though outer stars likely were lost in the encounter. Now the blue arc below it fits in I don\'t know.

Then there\'s the odd blue object above the compact. It doesn\'t appear related though may be the \"stem\" referred to in the note. I find nothing in any catalog that corresponds to it. I assume it is some very blue distant galaxy unrelated to these two but that\'s only speculation on my part. NGC 6636 was discovered by Albert Marth on July 9, 1863.

Being so far north it is in an area of the sky poorly surveyed. Only a red starlike galaxy 6.4 minutes northeast of NGC 6636 had redshift data putting it 1.15 billion light-years away and it is near the center of what is listed as a galaxy cluster at the same distance though no count of galaxies in it is given. There is a similar blue starlike galaxy below it without any data. Otherwise, I see nothing that could be part of the cluster. With so little, I didn\'t prepare an annotated image. At least this time I didn\'t lose a frame, green or otherwise to sky conditions as has been the norm this summer thanks to fires out west as well as cloudy weather. 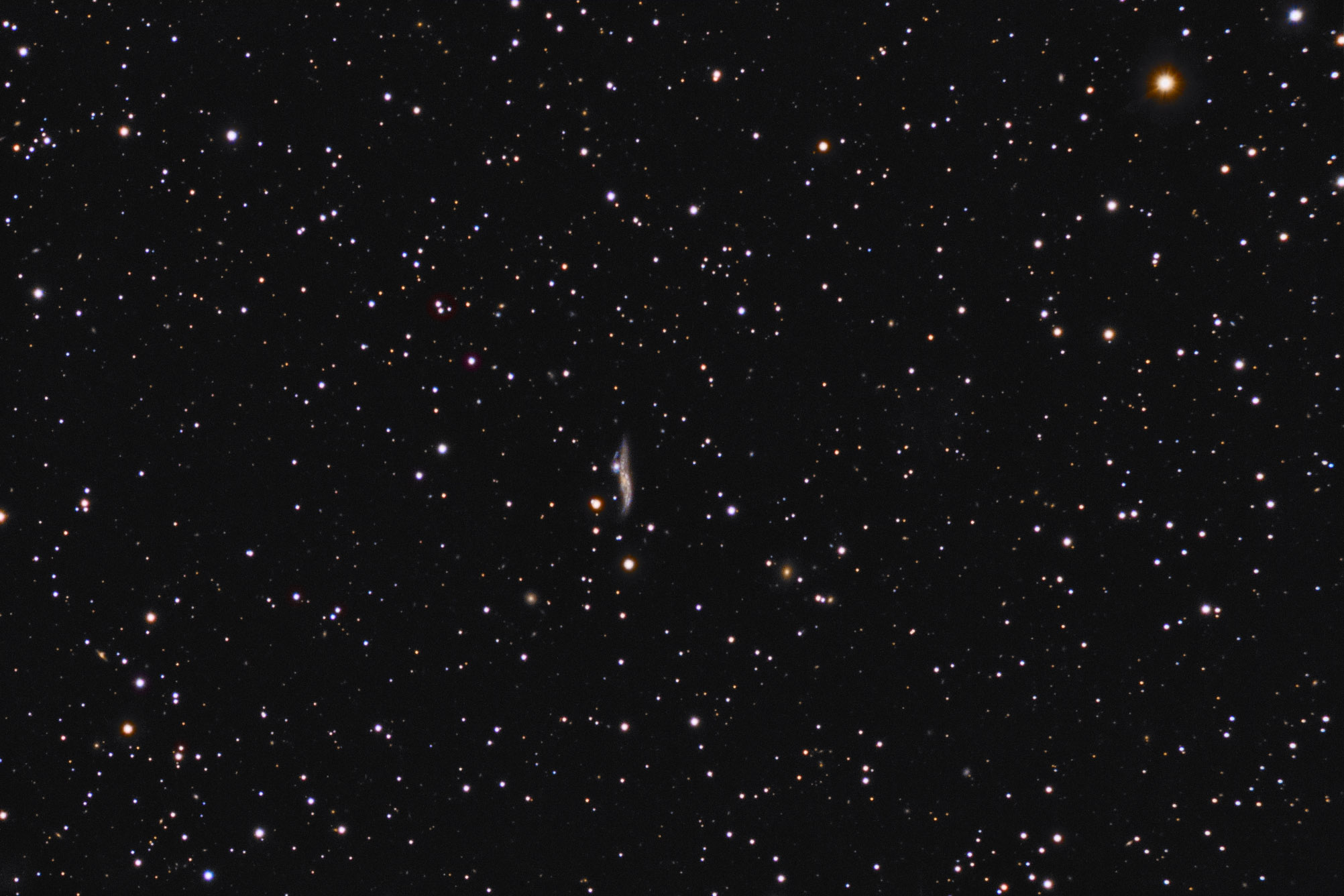 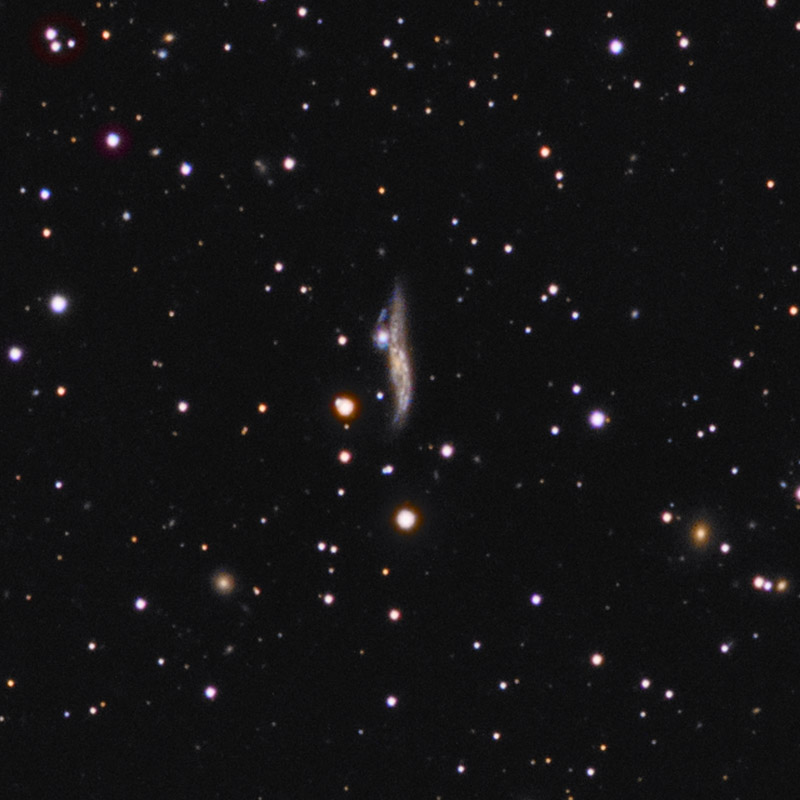