NGC 6643 is a nearby spiral galaxy in Draco about 65 million light-years by redshift. I put it on my to-do list because it is giving us the finger in the form of a spiral arm that sticks out at an odd angle. It is a very blue spiral classed as SA(rs)c by NED. The blue color indicates much of its light comes from newly minted massive blue stars. Notes at NED indicate there are extensive H alpha regions outlining the spiral arms. They don\'t show in my LRGB image, however. Though the blue star clusters forming in them do show as blue knots that give the galaxy most of its spiral structure. Except for the odd rather straight arm to the southwest, its spiral arms are rather weak being overpowered by the star clusters along the arms. What triggered this massive star formation apparently isn\'t known. At least I was unable to find anything on this. It lacks any close by companions. It was discovered by Eduard Sch—nfeld in 1858. The exact date is unknown. Horace Tuttle then discovered it independently on September 1, 1859.

To the northeast (upper left) of NGC 6643 is 2MASX J18212063+7438188. It has a rather strong but small core surrounded by a very faint, face on disk. I needed a lot more time to see any detail in this faint ghost disk. Where\'d its stars go? Have they died or just not yet been born? It\'s a very strange object. Some star formation must be going on someplace in it, core most likely, as this is usually a requirement to create the IR light seen in the 2MASS survey.

I found little information on this area of the sky. NED only lists 8 galaxies, including NGC 6643 in the field. All 8 are from the 2MASS survey of IR emitting galaxies. The only other galaxy of any angular size in the image beside NGC 6643 and the \"ghost\" galaxy is the very blue smudge to the north-northeast. While it too is blue, star formation has apparently slowed in it as it isn\'t in the 2MASS survey or any catalog at NED. It seems to be anonymous as are the vast majority of the background galaxies.

There appears to be a distant galaxy cluster near the left edge of my image a bit above center near a close white pair of stars. I found nothing on it, however. 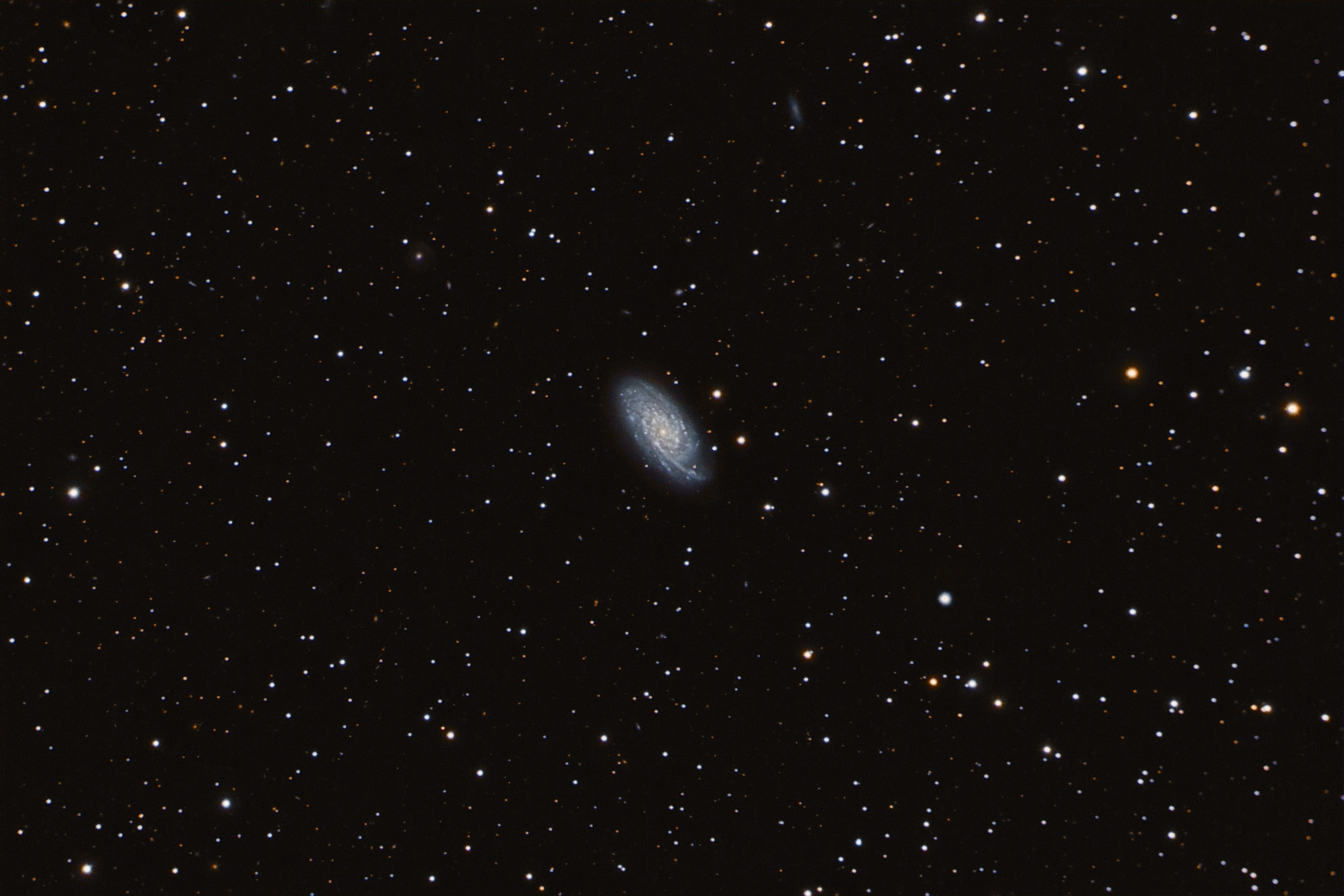 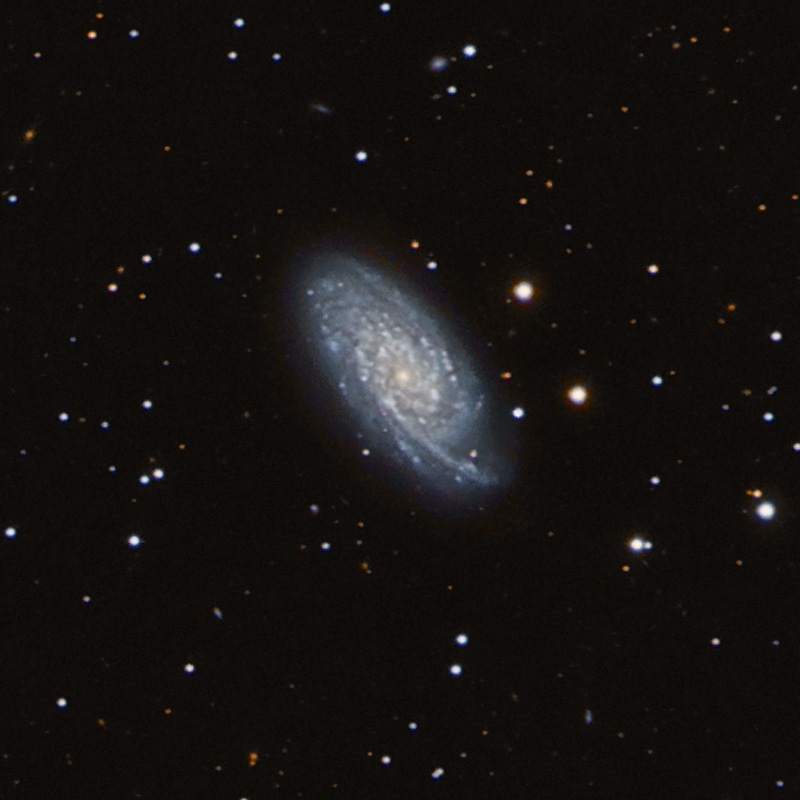