NGC 6654 is a rather strange galaxy in Draco. It\'s distance isn\'t well known. Redshift puts it at about 80 million light-years distant though a single Tully measurement says 96 million. Assuming the 80 million light-year distance it is about 63,000 light-years in diameter. NED classifies it as (R\')SB(s)0/a while others say simply SB0 or something in-between. In any case, all see it as a barred galaxy. One paper even says it has two bars the obvious one and a much smaller inner one at a somewhat different angle. Oddly my image, however, sees it not as a bar at all but an inner \"Saturn-like\" ring rather than a bar. I find few images on the net to help here. The disk shows a faint spiral structure with an odd dark area to the northwest. It was that odd gap that caused me to put it on the to-do list. The galaxy was discovered by Lewis Swift on September 11, 1883.

There\'s little on the field this far north. Only a quasar has any redshift data besides NGC 6654. Little else is identified at NED. I have noted everything they have listed as a galaxy or has a redshift even though they don\'t have distance data. Hundreds of Ultraviolet Excess objects are listed, most of which are blue stars. I didn\'t wade through these to find which were galaxies. Though a test showed most, not all, of the obvious galaxies without an annotation were listed as being an UvS rather than a galaxy at NED. Since none had redshifts I didn\'t both to note them as it would be a difficult chore to separate them from the stars. Also, their error bar for positions is over 5\' of arc meaning many overlap making it hard to tell what is what. I wanted to know more about the blue object in the northern halo of PGC 061821. But it wasn\'t listed in NED. It doesn\'t appear to be a star and doesn\'t have the PSF to be a blue quasar. Could that rather small galaxy have a huge blue star cluster? That\'s about all I can come up with. 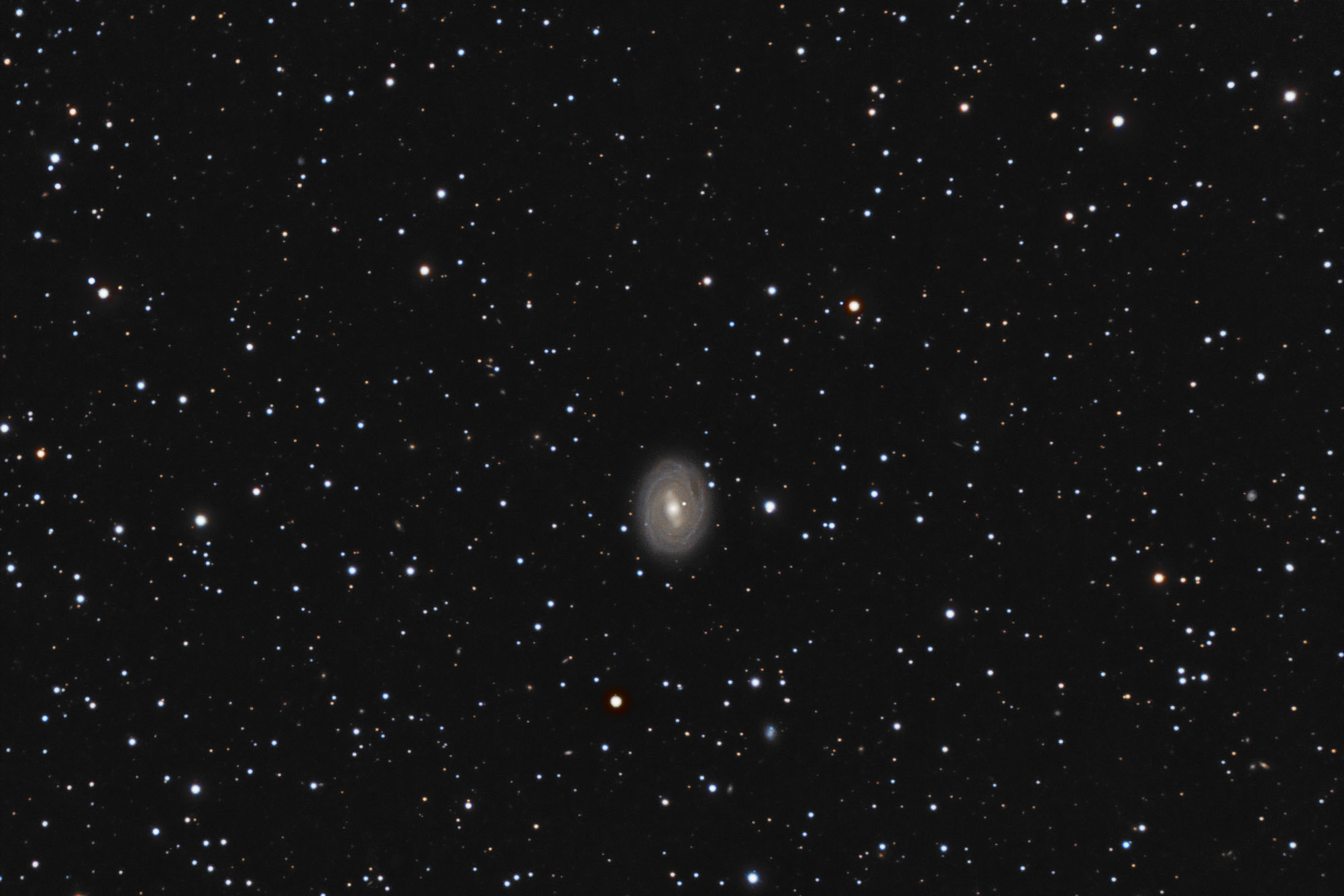 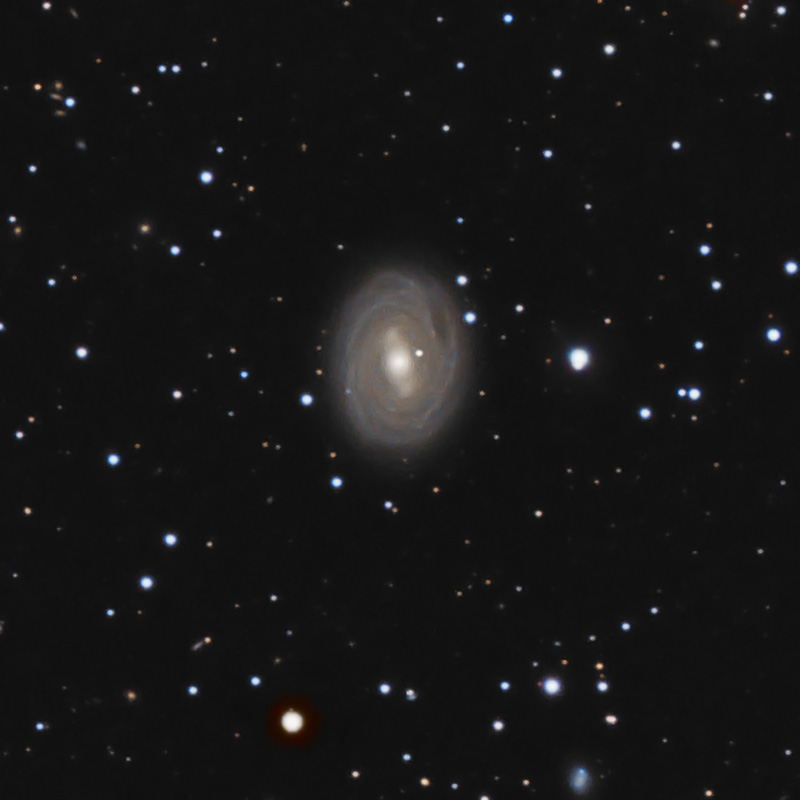 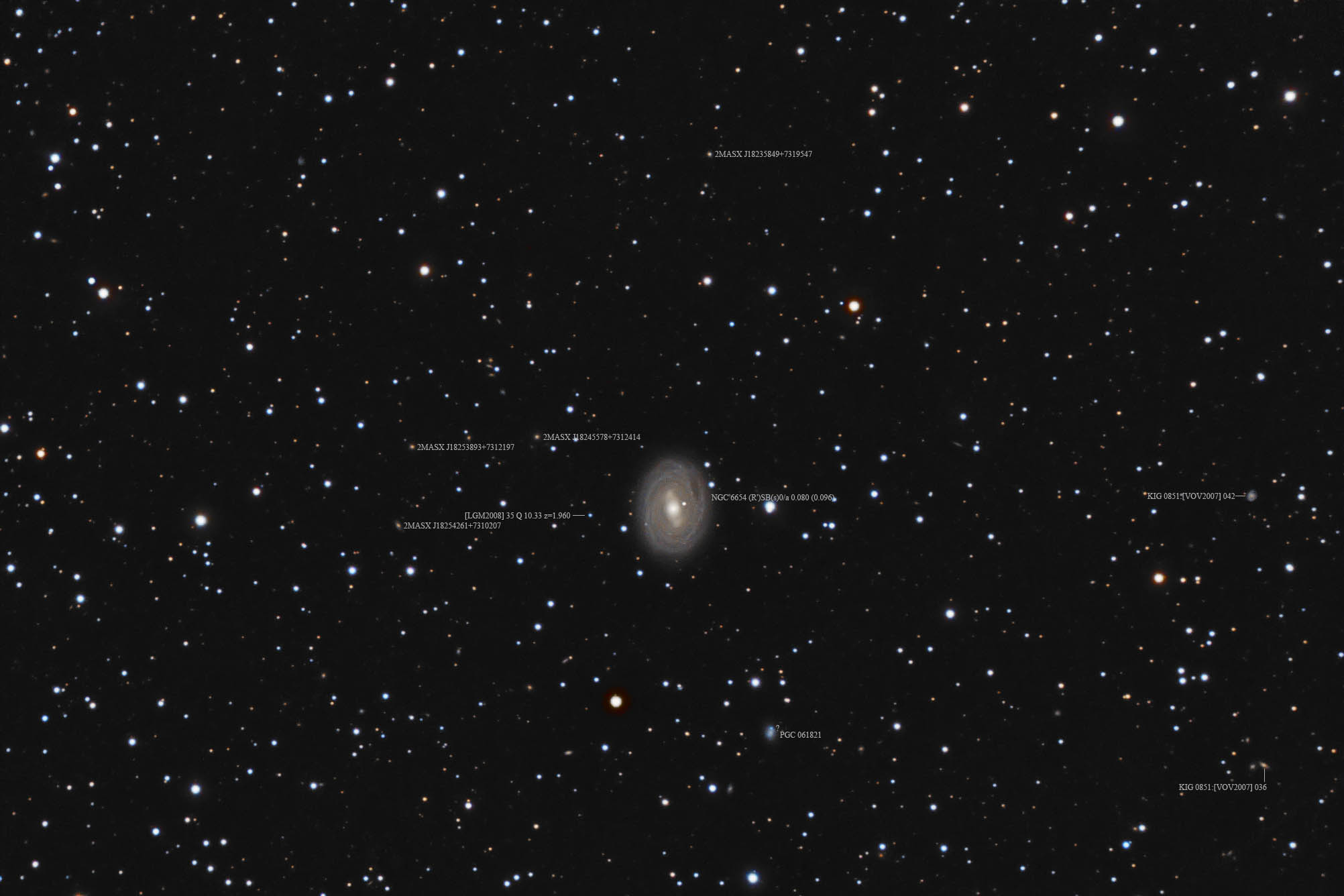