NGC 6664 is an open cluster in Scutum discovered by William Herschel on June 16, 1784. It is in the original Herschel 400 observing program. That\'s how such a nothing object ended up on my to-do list. Some sources list it as 12 minutes of arc across while others say 16. In either case, it is fully in my image\'s field. Just which stars are members of the cluster isn\'t all that obvious. My description of it from May 20, 1985 using a 10\" f/5 under good viewing conditions at 65x reads: \"Large sparse, scattered star grouping. Makes me wonder if it is a true cluster or just a bright region of the Milky Way. Seems to have no definite edge as it just fades into the Milky Way.\" Apparently, I was having trouble making it out visually as well. Though the cluster is classified as III2m which means it is rather weakly concentrated (IV is most weakly concentrated), has an average mix of star brightness and moderately rich in stars. That seems to overstate it at least as I saw it visually and in this image.

WEBDA says it is 3800 light-years distant and about 14.5 million years of age. That would make its stars mostly very blue but that isn\'t seen in my image. Then I saw it was reddened by 0.7 magnitude. That could account for the stars being less blue than expected. It obviously isn\'t one of the better Herschel 400 open clusters. But one more off the to-do list of H400 objects far enough north for me to catch.

Conditions were not good for this one. I had to do some heavy deconvolution to get sort of round stars. Color data was so poor I only used the one best color image for each color. Even then, the stars were not all that similar on each color frame causing severe color effects where stars had a spike in one color or another due to the lousy seeing. Also, Alpha Scuti sent in a nasty flare that ran across nearly half the frame. I tried some new techniques to remove it that worked fairly well. Only because just stars were involved. I doubt it would have worked if faint galaxies had been in the background. They\'d have been removed as were a few very faint stars. Unless you know the 19th magnitude and fainter stars in the image I doubt you will miss the few that vanished along with the reflection spike. Rather time-consuming and not something I\'ll do often. I only removed it in the luminance frame. In the RGB data, I just used the same isolation technique to select it but not the couple hundred stars it covered then reduced it to neutral gray. That prevented it from coloring the luminance image with no need to remove it.

Transparency was very poor. I ended up using 5 luminance frames to go less deep than I usually do with 4. I needed this to use the heavy deconvolution used to round out the seeing ruined stars. 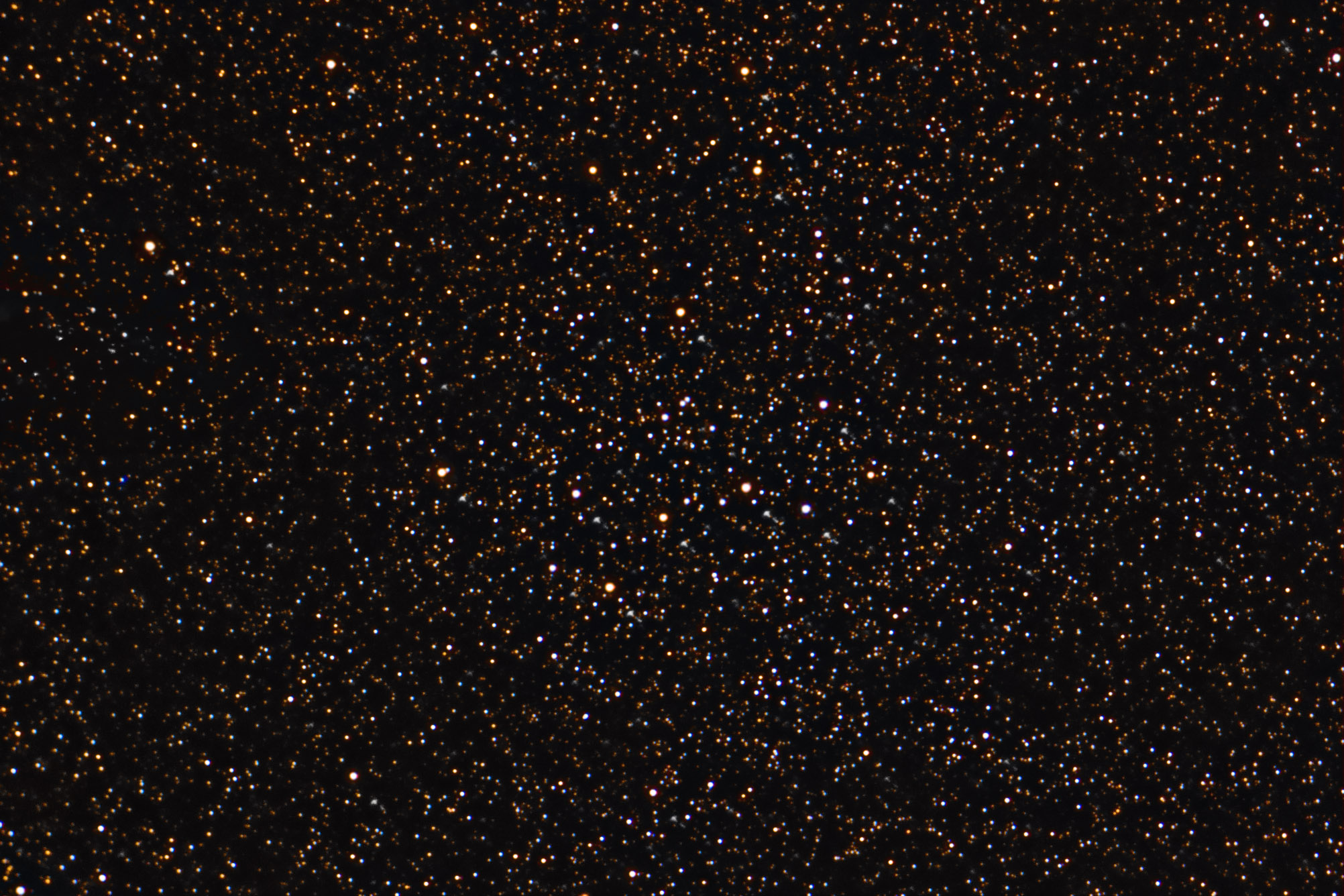