All three are about 300 million light-years distant by redshift measurement though NGC 6676 has a slightly greater non-redshift distance at NED. All are in Draco.

There\'s another member of the group, PGC 062029. It too is about 300 million light-years distant. NED classifies it as Spherical though to me it is a spiral with a faint plume to the east off the north end. NGC 6679 is listed as a Compact galaxy which I can agree with. NGC 6677 is Sbc. A note at NED reads: \"Peculiar spiral [UGC] of very blue color. Two (2) arcsec to the north is a pair of compact galaxies VII Zw 814.\" I find this odd as nearly everything seems wrong. While I see some blue in it it is mostly yellow-white rather than \"very blue\". While VII Zw 814 is the designation of NGC 6679 and PGC 062029 they are 2 minutes north not two seconds. It calls both compact galaxies. As mentioned I don\'t see PGC 062029 as being compact, but a Sa spiral with a plume.

I think it quite likely that all three have interacted in the past. It seems quite certain the northern two have and I see enough oddity in NGC 6677 to add it to the list.

Being so far north there\'s little else on the field. The only other galaxy with redshift data barely made it into my frame at the bottom, a 2 micron flat galaxy 2MFGC 14446 at 260 million light-years by redshift. The difference is small enough it too could be a member of the group Only one other galaxy shows detail so I included it in the annotated image even though it is just listed as a Uv source in NED with no distance data. Is it part of the group? I can only guess and say maybe. 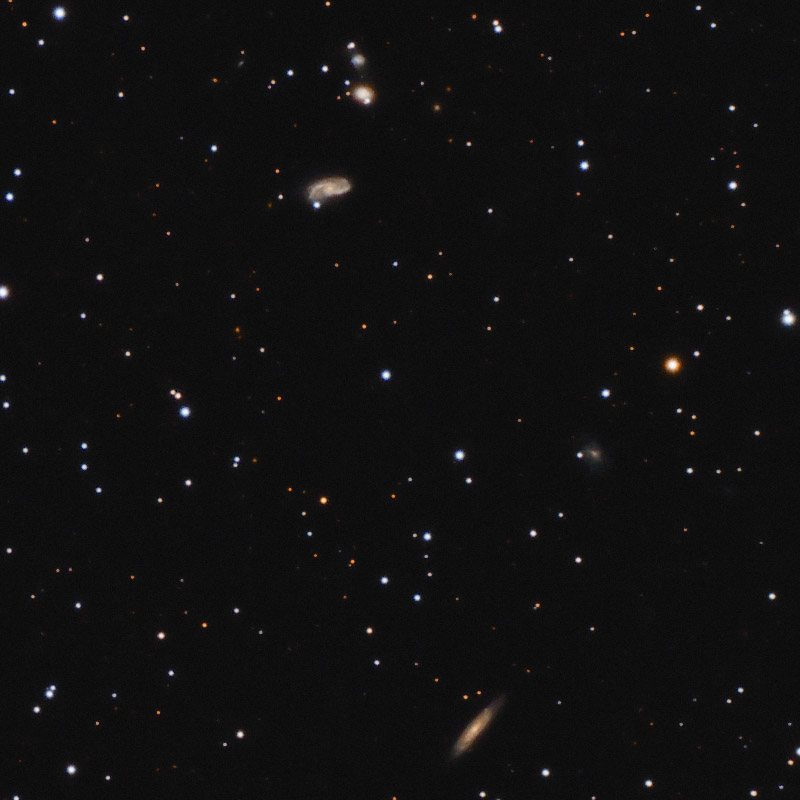 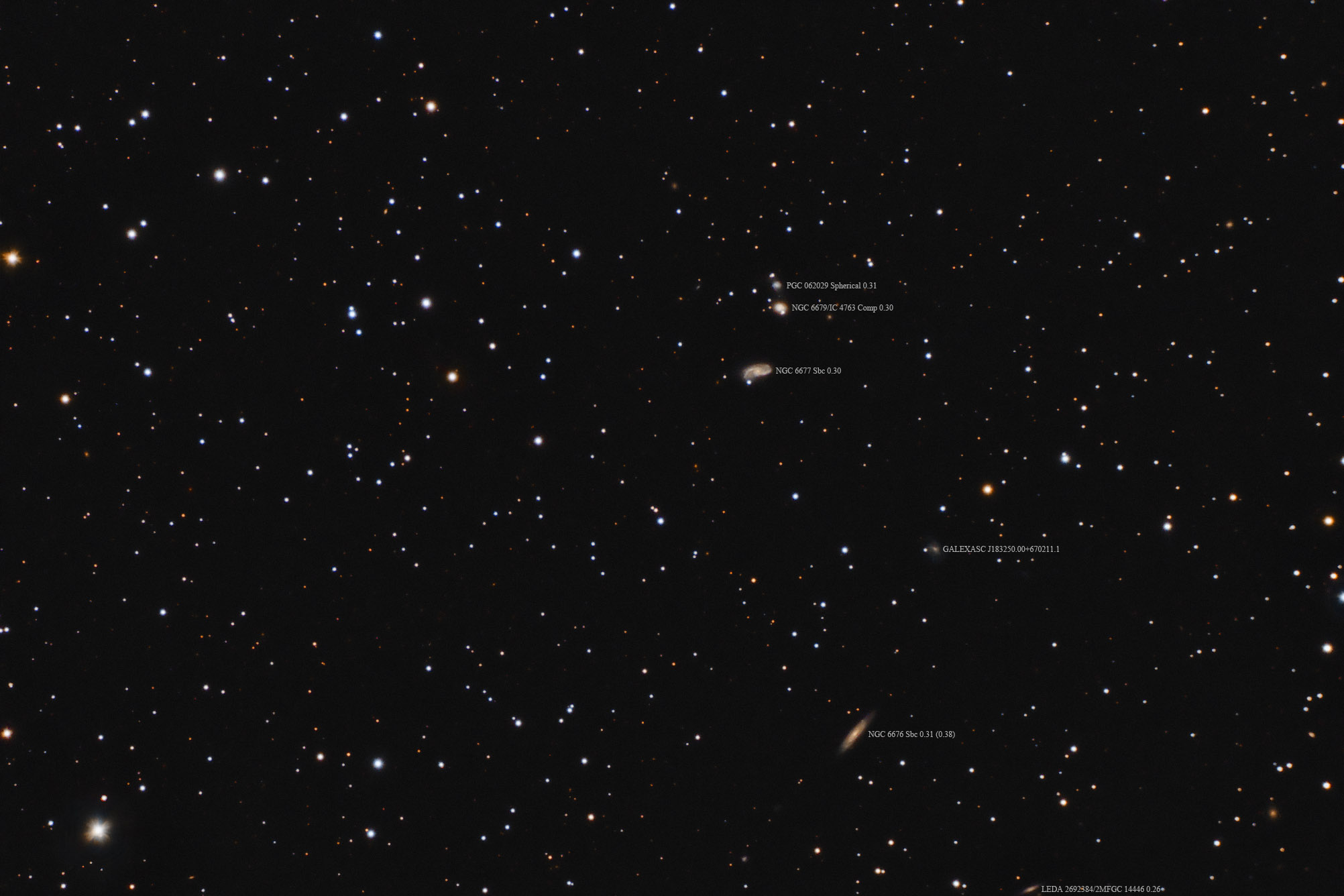 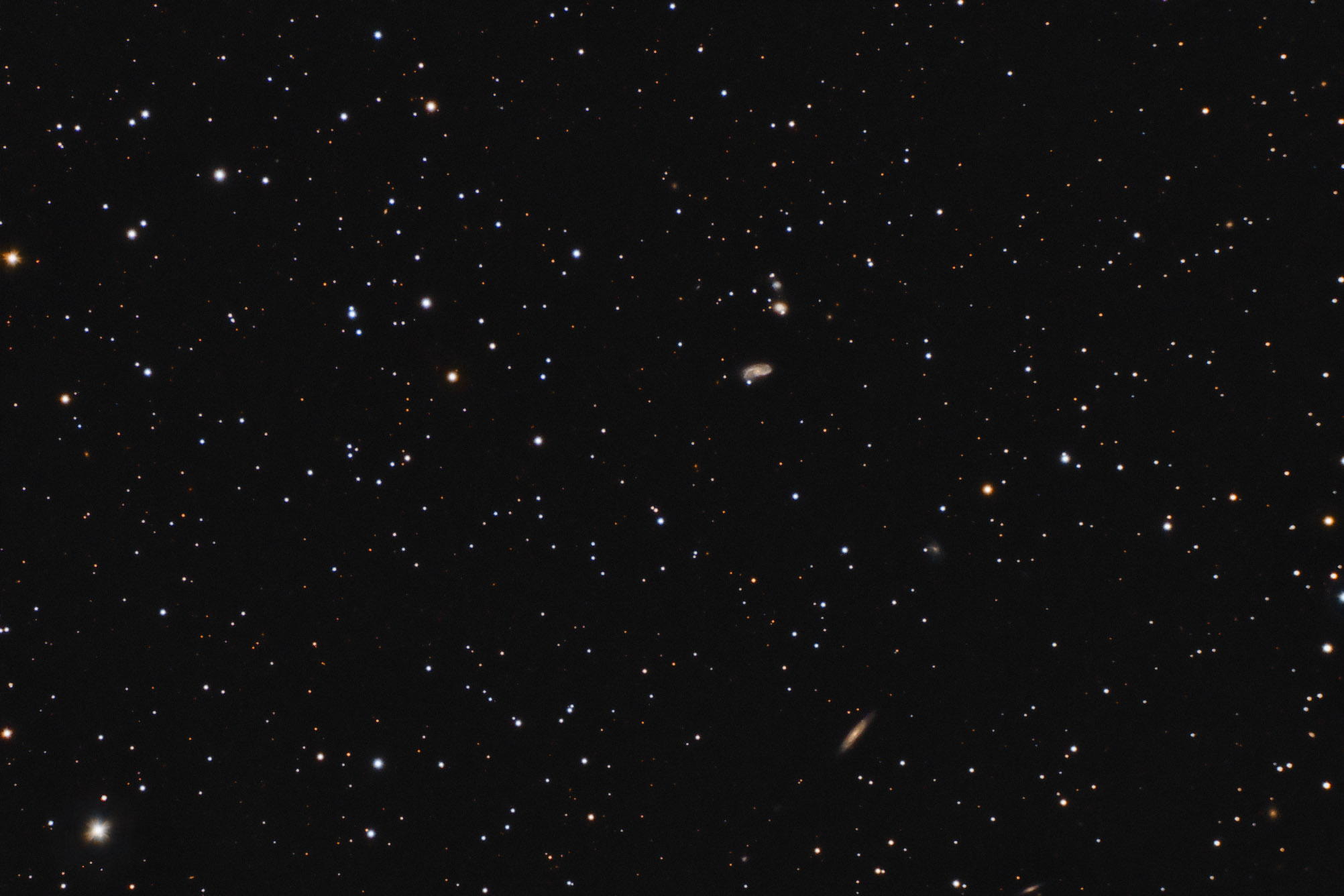