NGC 6683 is a type I2p open cluster in Scutum about 2 degrees west of the far more interesting and famous M11 open cluster. This is another \"What was I thinking about imaging this\" cluster. While some turned out to be asterisms this one apparently is real. At least WEBDA has data on it unlike NGC 6840 and NGC 6843 I did earlier. WEBDA puts its distance as 3,900 light-years they say it is only reddened by about half a magnitude even though there\'s an obvious large dark dust cloud to the west and several other smaller ones right around it. They put its age at only 10 million years. That would likely mean nearly all its bright stars are blue having not yet aged enough to turn into red giants. Problem is, much of the field has blue stars in it. The only estimate of its size I found was \"3.0? arcmin\". That would limit it to the very center of my image. Problem is when John Herschel found it on July 28, 1827, he didn\'t see what I\'m seeing. Dreyer condensed his description to \"a cluster, very rich, little compressed (in the Milky Way)\" Huh?

While the NGC Project is in the process of rebooting I found this comment on it at Dr. Corwin\'s personal website: \"NGC 6683. I\'m not quite sure just what JH was seeing here. His position is that of a small cluster of stars, yet his description is at odds with this: \"A more than usually condensed portion of the enormous cluster of the Milky Way. The field has 200 or 300 stars in it at once.\" Looking at the DSS, a one-degree wide field shows clouds of stars defined by the many dust patches and lanes in the area, but none are centered exactly at JH\'s position. All that is eye-catchingly there is the small cluster. ...

\"Consequently, realizing that this is not what JH meant to record, I\'ve reluctantly adopted the little group as his object. This follows almost, but not quite, everyone else who has looked at this -- see Archinal and Hynes for modern data and aliases and Archinal\'s Webb Society Monograph for a more extensive discussion of earlier speculation.\" I didn\'t go digging further as he seems as lost as I am.\"

I note his notes assign it Trumpler class I2p which means it is easily separated from the background with strong central concentration, has a moderate range of brightness of the stars and has less than 50 stars. At least in my image, it doesn\'t seem to be well detached from the background but some mono images I found of it showing only the brightest stars do seem to fit its likely visual appearance. I\'ve never looked at it visually. Steve Gottlieb\'s notes with an 8\" scope from 1983 read: \"10 faint stars in an elongated group over unresolved haze. The \"Great Rift\" is obvious just 10\'W, in a rich field.\" That doesn\'t fit John Herschel\'s description but does seem to fit the little whatever I imaged.

You\'d think open clusters would be simple and obvious. I\'m finding that isn\'t always the case. Due to a lack of satellites, I saved time by only using one round of color images rather than my normal two as I was around to look at the subs as they came in and saw they had no satellites that needed dealing with. For that, I usually take two. 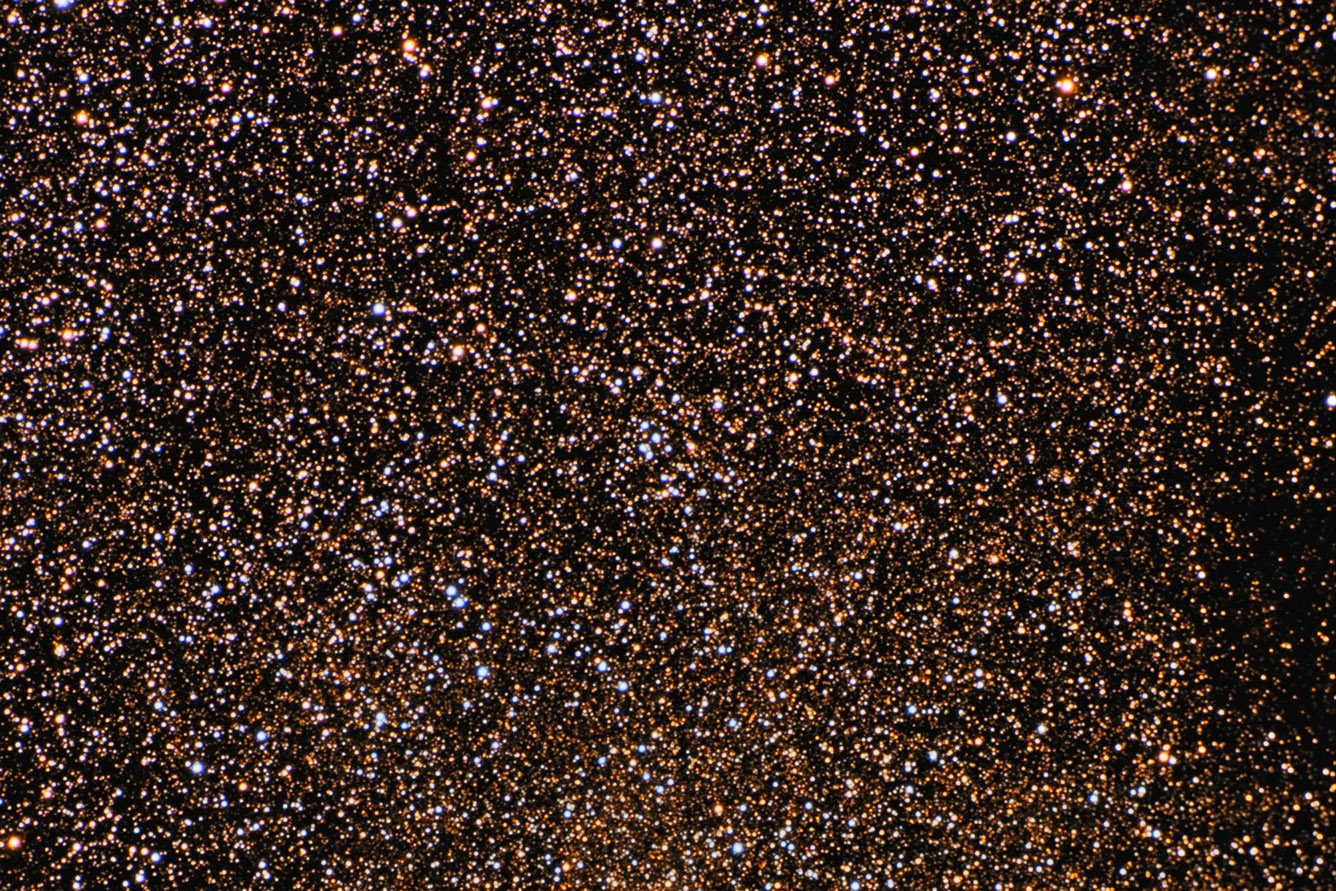 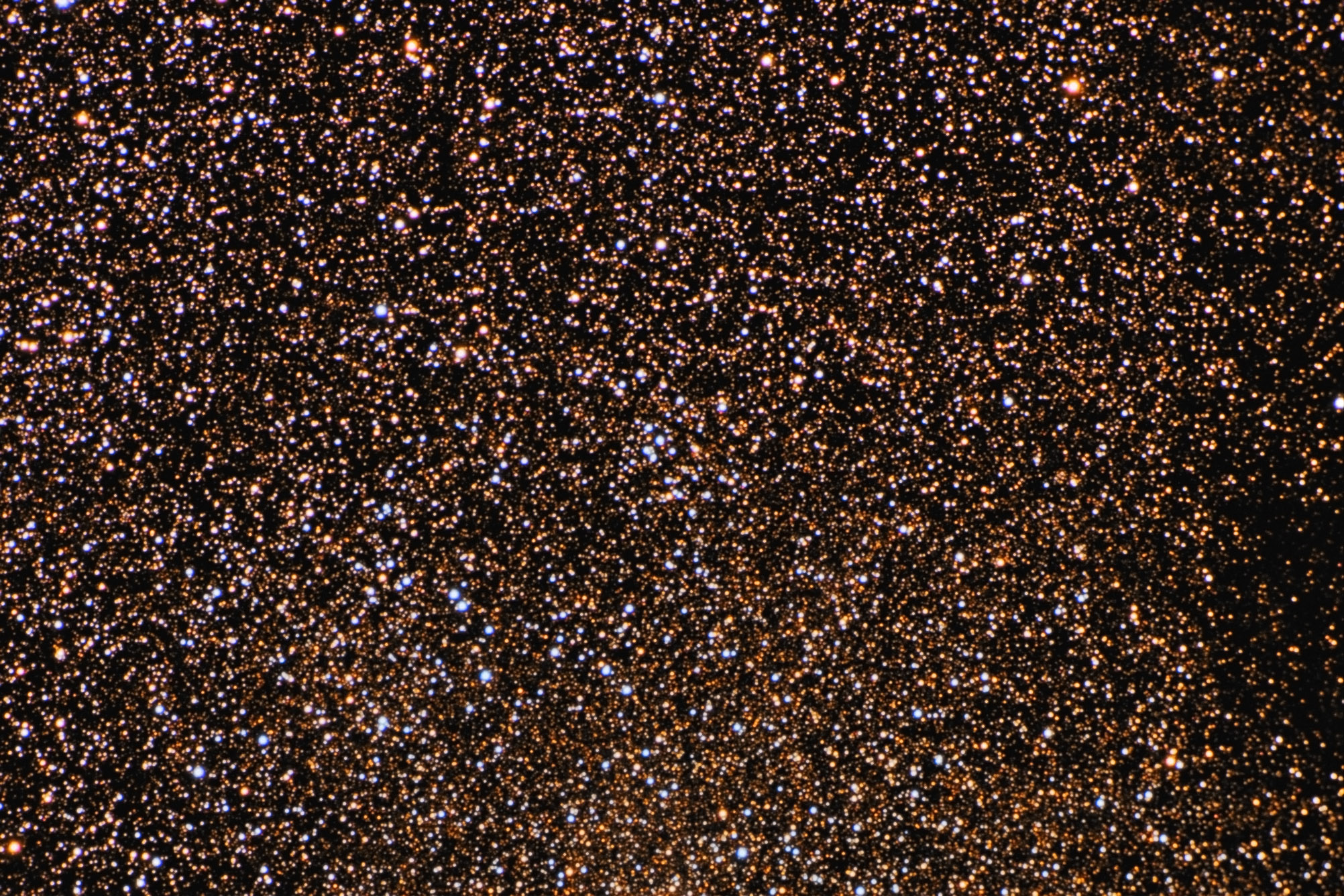