NGC 6745 in Lyra was the first really strange galaxy I imaged back in 2007. I need to retake it as my imaging skills weren\'t up to the task. This one is the result of a two galaxy collision. The galaxies likely aren\'t going to merge. The little one to the north is fleeing the scene too rapidly to return. It was discovered by Édouard Stephan on July 24, 1879. While there are only two galaxies here, the main one and the little bullet that caused the damage, catalogs show three objects. As a result of the collision, a mass of new stars was formed about 10 million years ago. While the most massive have already lived and died in that \"short\" time many are still there. They are the blue northern tip of the lower galaxy and that carries its own PGC designation, PGC 200362 while the colliding galaxy to the north is PGC 200361 though the entire mess is NGC 6745.

You can see a picture of the main galaxy and the blue stars as taken by the Hubble Space Telescope at https://www.spacetelescope.org/images/opo0034a/ Only a small piece of the colliding galaxy is seen. Their image has south at the top while I put north at the top. A write-up of the image is at http://heritage.stsci.edu/2000/34/supplemental.html 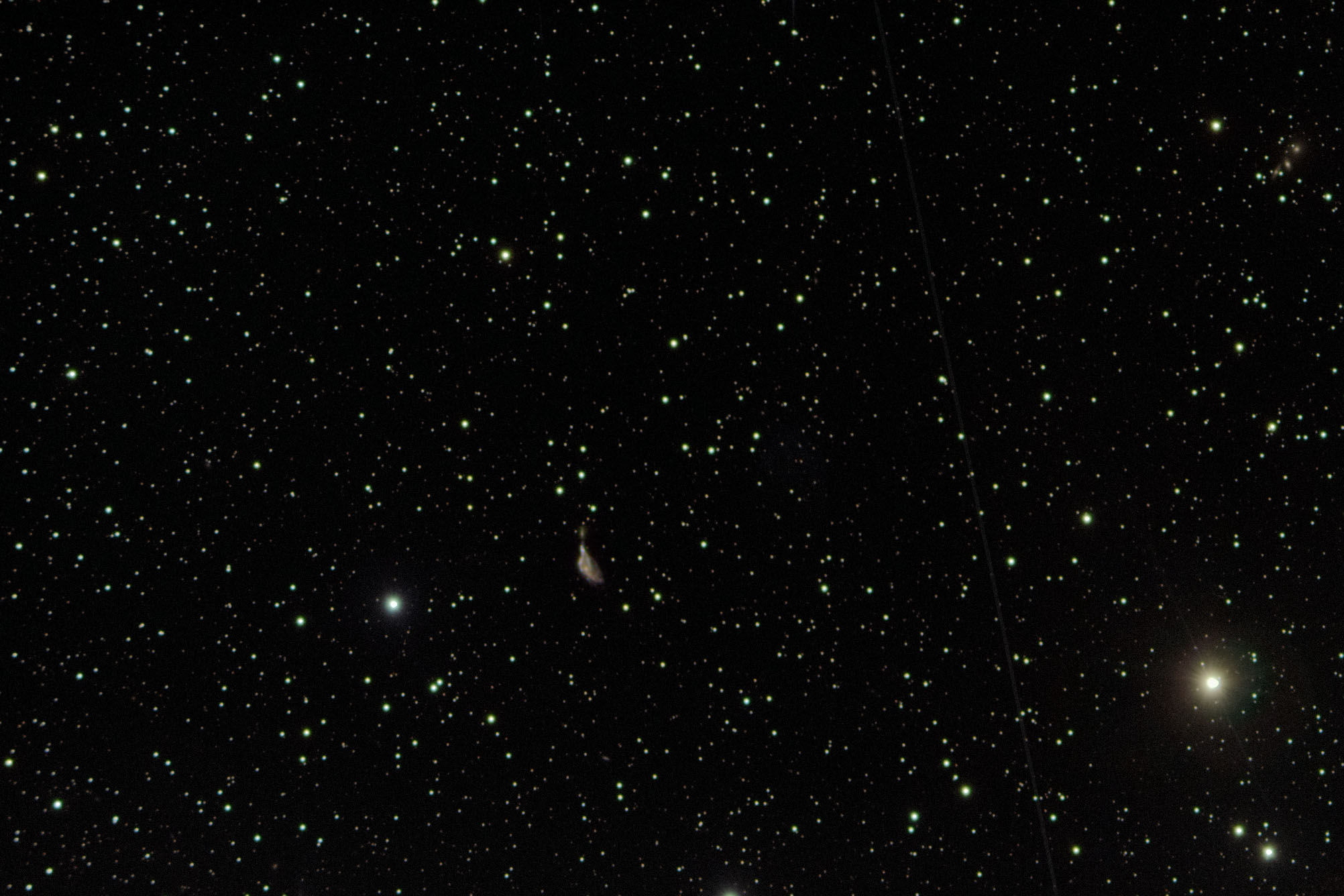