NGC 6760 it a rarely imaged type IX globular cluster in Aquila about 24,100 light-years from us and 15,600 from the galactic center. It was discovered on March 30, 1845 by John Hind. The cluster\'s integrated spectral type is G5 so it is slightly yellow but reddening from looking through the disk of the galaxy has turned it much redder than it really is. Half the mass of the cluster lies within 1.27 minutes of its center though stars can go out nearly 13 minutes before tidal forces of the galaxy will rip them away. That would be more than halfway to the edges of the long dimension of my image. For such a nice globular it is surprisingly unknown. It is about magnitude 8.9 visually further adding to the mystery of its obscurity. In fact, checking my visual logs it appears I\'ve ignored it like everyone else. I find no entry for it. 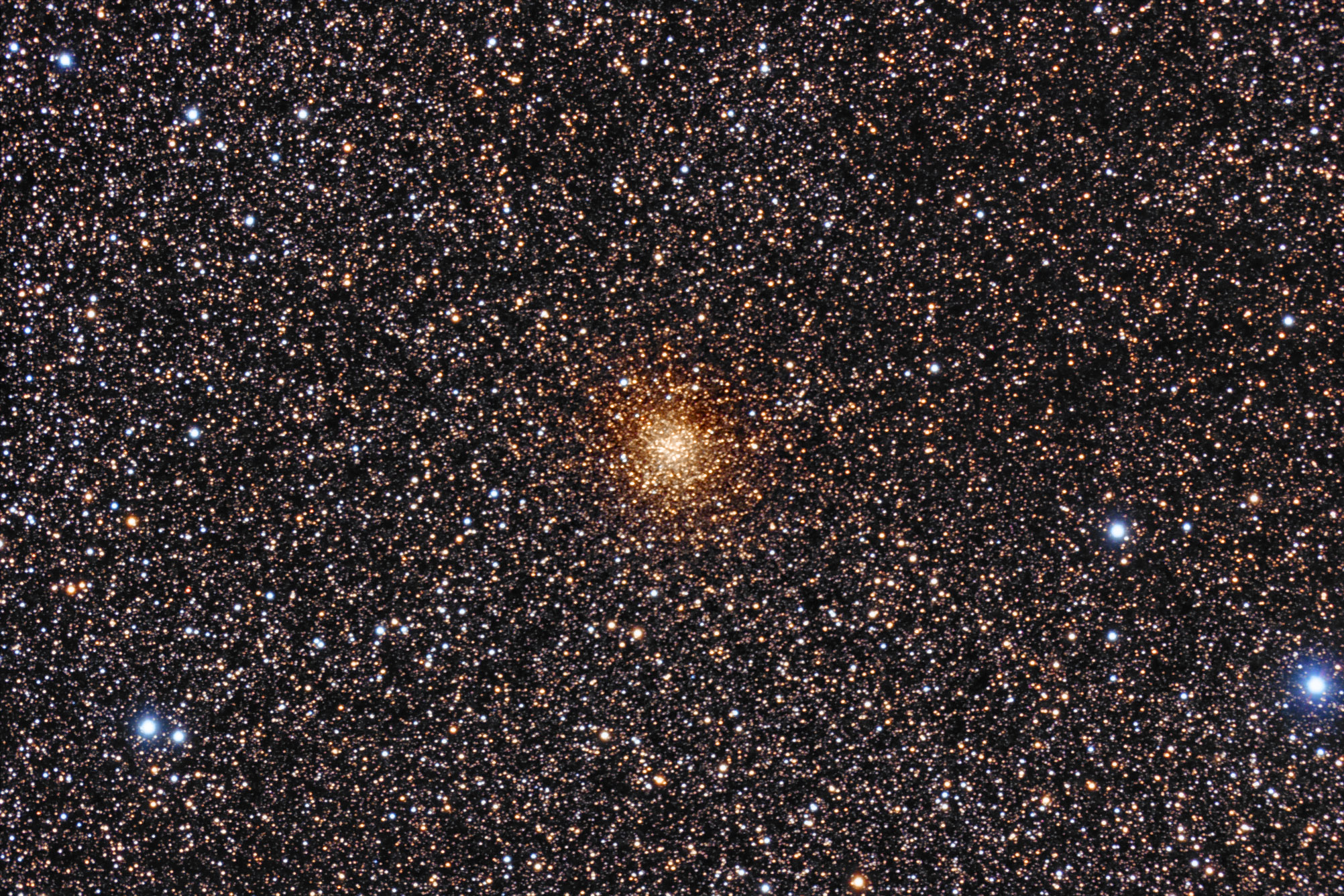