NGC 6781 is one of the better planetary nebulae in Aquila. It was discovered by William Herschel on July 30, 1788. It is in the original H400 program. My log entry on May 21, 1985 with my 10\" f/5 on a good night at up to 180x reads; \"Large planetary nebula whose disk is somewhat brighter toward the north end. Dimmest toward the south end with an even dimmer center. No central star seen.\" CCD images don\'t match the eye because the eye is very sensitive to the cyan of OIII and the blue of hydrogen Beta but insensitive to deep reds from H alpha and NII lines common in planetary nebulae. So my visual impression likely is referring only to the OIII and maybe H beta lines, not the red rim.

The blue star in the center is the white dwarf that remains after it\'s red giant stage. The star has shrunk to about the size of the earth from a size large enough to hold millions of earths. It has no energy source other than a little bit from gravitational collapse as it cools. Still, it is so small it will live for billions of years. In fact, it\'s quite likely that every white dwarf ever formed is still in existence today. But that\'s not true of the nebula. Most only last 10,000 or so years. A blink of an eye in the life of the white dwarf. This is because it is expanding rapidly. In a few thousand years it will be so large and the gasses so thin and distant from the illuminating white dwarf it will just fade out of visibility. All planetary nebula seen in the universe are very young compared to the age of even the most short-lived stars.

This is another of my early 2007 images. My skills at processing and researching were nil back then. This will have to do for now. 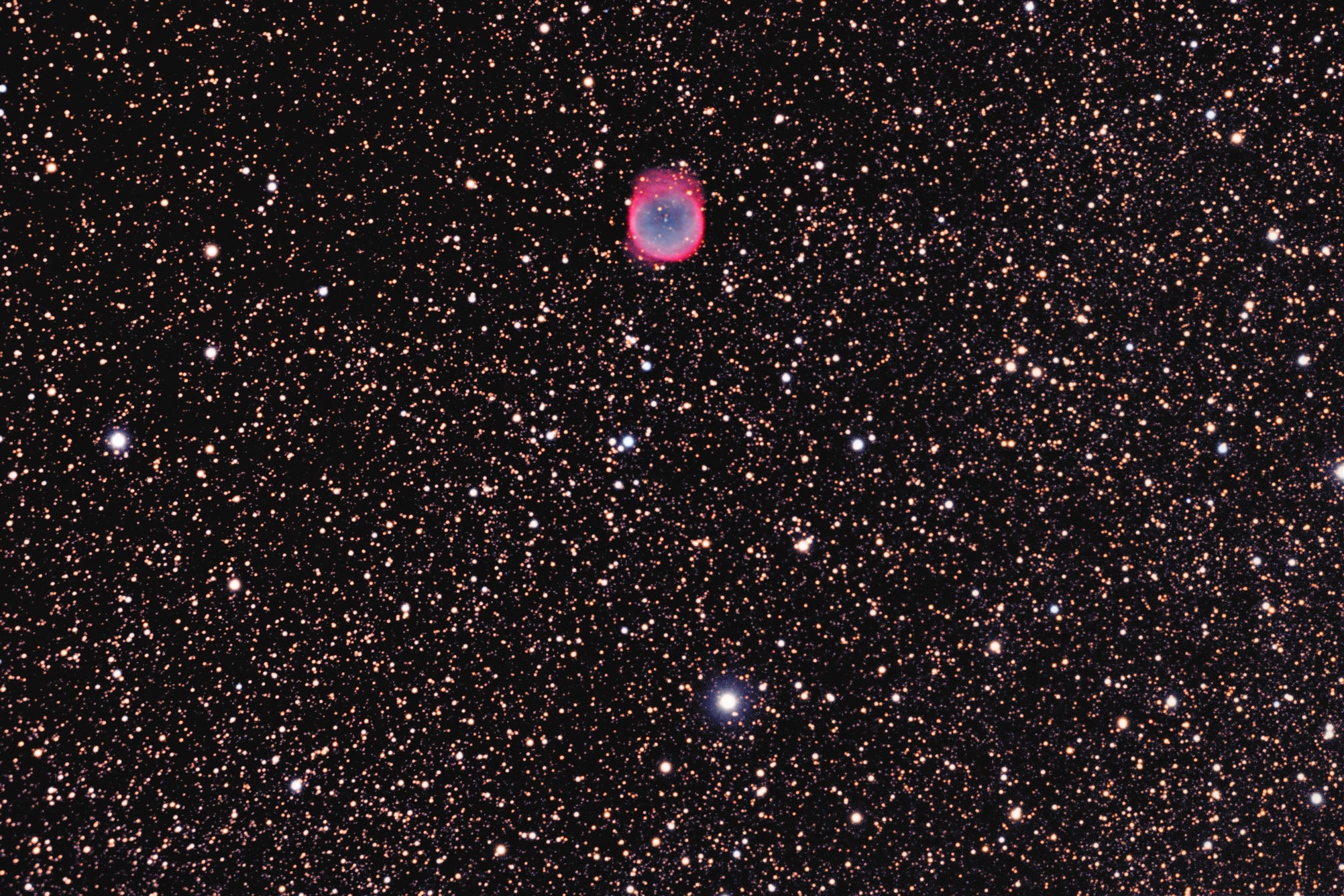