NGC 6789 is a very small irregular galaxy in eastern Draco about 11 to 12 million light-years distant. This was determined by the Tip of the Red Giant Branch method using HST data. Redshift is useless at this close distance and in fact, the galaxy is slightly blue shifted rather than redshifted.

Its core region is full of bright blue star clouds while the entire galaxy is blue. NED classifies it as Im but the one main paper http://arxiv.org/pdf/astro-ph/0102452v1.pdf I found on it argues it is a Blue Compact Dwarf. It just doesn\'t seem as dense as the other BCD galaxies I\'ve imaged but maybe that isn\'t a requirement. Assuming the distance is 12 million light-years I get a size of about 4,800 light-years. That certainly is a dwarf!

The HST has taken some images of it but none have been using filters that could be used to create an image anywhere close to the real color. One quickly processed image from Wiki is at https://upload.wikimedia.org/wikipedia/commons/5/54/NGC_6789_hst_09162_R814B606.png but it doesn\'t say what filter was used for it. Since near IR I band is useful for TRGB distance measurements this may be the frequency used. That would explain the lack of resolution of the blue star clouds I picked up as this would be picking up much cooler stars best. The paper cited above says some 15,000 or so stars were resolved by the HST image

The galaxy was discovered by Lewis Swift on August 30, 1883. This part of the sky is poorly studied for galaxies. NGC 6789 is the only one in the field with any distance data. Therefore I didn\'t prepare an annotated image. 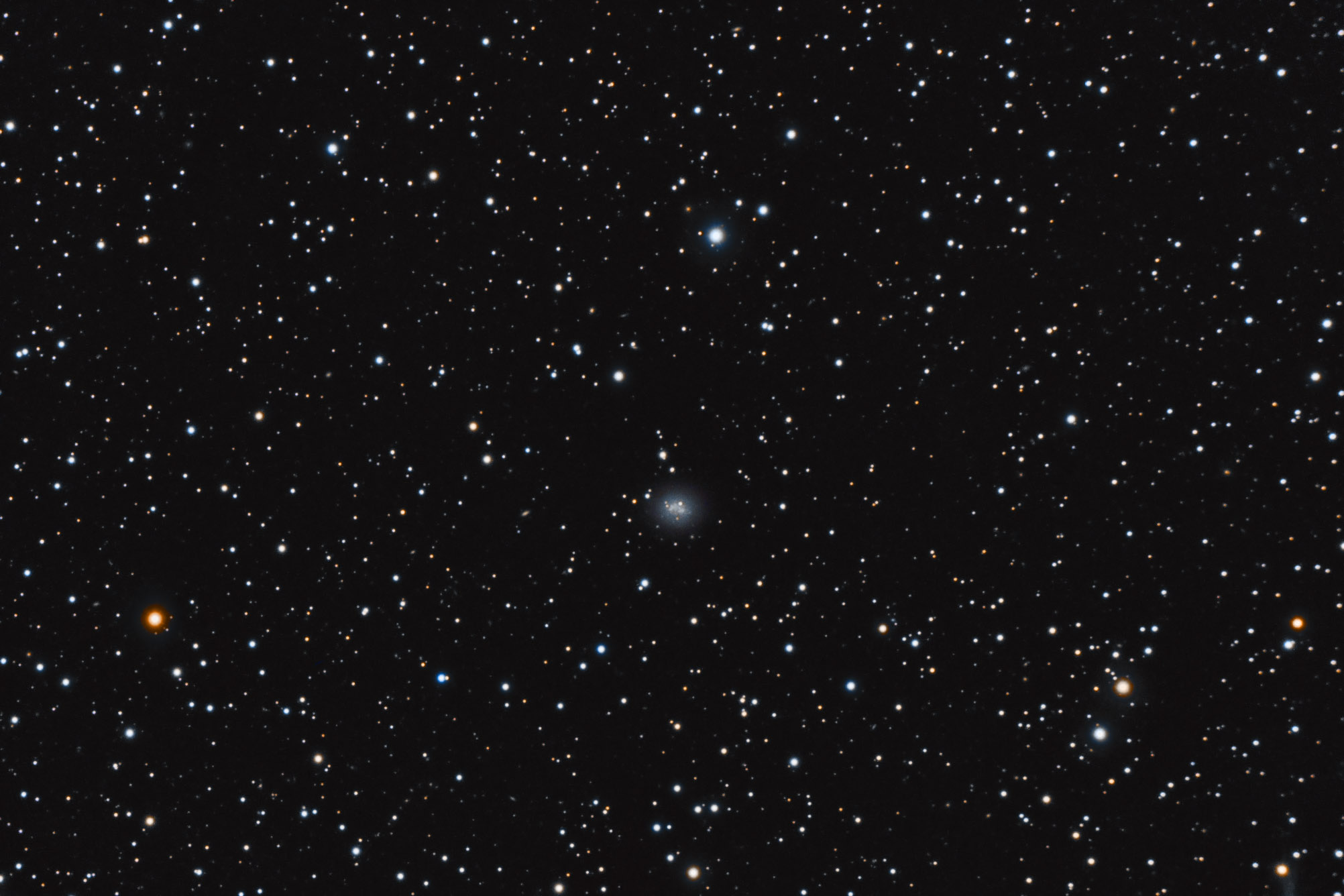 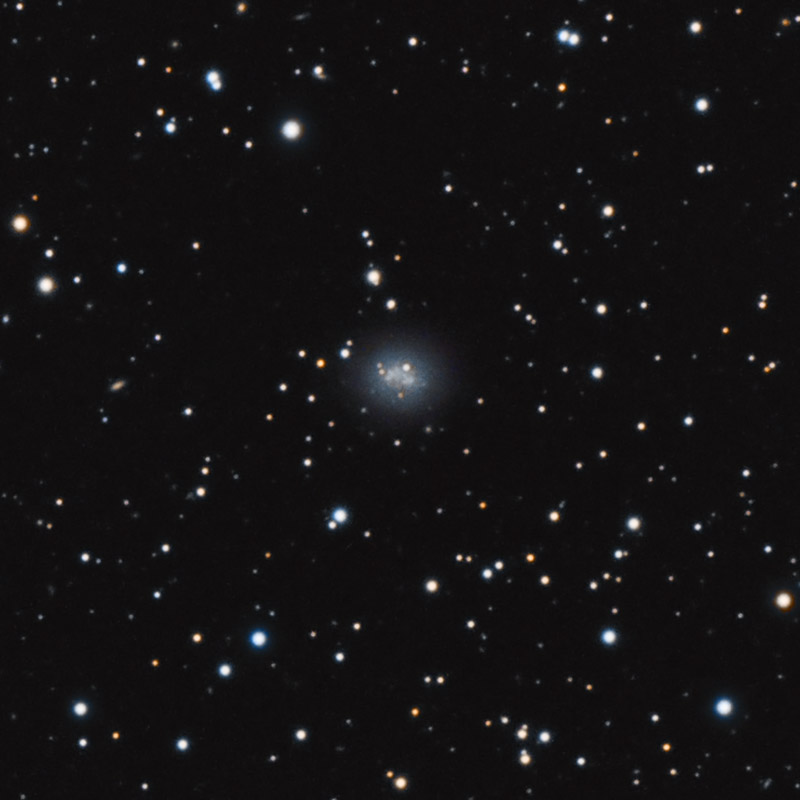