NGC 6793 is an open cluster in western Vulpecula about 3,600 light-years distant according to WEBDA. It is rather young at 440 million years of age. Still, I\'d expect one or two red giants but I don\'t see any candidates. While the background is quite red and thus apparently well behind the cluster WEBDA lists the cluster\'s reddening at only 0.17 magnitude which is pretty insignificant. It is listed as Trumpler class IV2p which means it is pretty much lost against the background, has stars of moderately differing brightness levels and is poor in star count. At least in a color image, its blue stars really stand out from the background of fainter red stars so I have a bit of trouble with its status as IV. But visually that may be the case. This cluster was discovered by William Herschel on July 18, 1789 and is in the second Herschel 400 observing program. My visual noted from that were in a spiral notebook that never did get transcribed to a computer database. In the move from Nebraska to Minnesota, that notebook has vanished. Even after 11 years, we have boxes here that have never been opened that are buried in the depths of a storage area behind the stairs. I know I have a visual note on it from the late 80\'s but it\'s lost for now and likely forever.

I take these clusters on nights of very poor transparency as they are about all that cuts through the gunk. I tried for it on 4 different nights. One night had 2 very obscured but sharp luminance images but clouds took out everything else. I tried about 20 other luminance and color frames but conditions kept nailing me. I found one quite usable red frame, a green frame that had horrid gradients from apparently someone on the lake with a spotlight trained on the observatory. They see its apparently roofless near three-story height and put their spotlight on it to see what the heck that odd thing is. My only even possible blue frame was under very good transparency (in relation to the others) but very bad seeing. I was going to throw the mess out and put it back on the to-do list but decided to try processing it. Somehow it all worked far better than the data would have led me to expect. The vast dense Milky Way background was lost to the several magnitudes loss to clouds in the Luminance frames. The RGB were too different in quality to stack as a pseudo lum or even make into a color image. But when used to color the very limited luminance data it somehow worked. No two frames were taken at the same temperature but for the two luminance at -25C. The green was at -15C, the blue at -20C and the red at -35C. Amazing what software can compensate for. 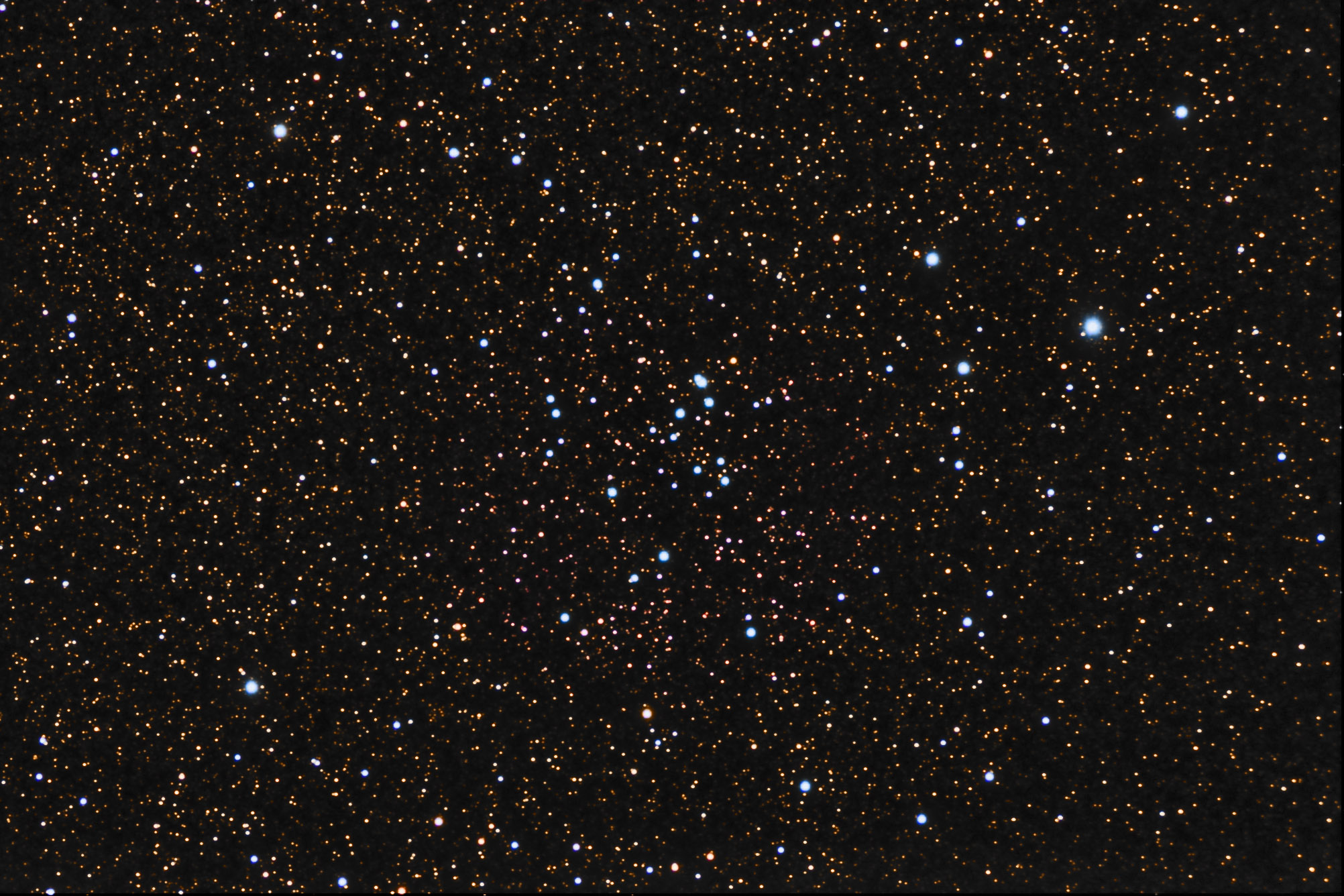