NGC 6800 is a Templer class III2p open cluster in Vulpecula. I\'m assuming it is the bright blue stars that overlay a field of fainter, much redder, stars. Which of the fainter stars are members is much more difficult to determine. WEBDA gives a distance of 1000 parsecs (3260 light-years) and an age of 390 million years. Thus, some of the bright orange stars may be red giants in the cluster. It was discovered by William Herschel on September 10, 1784. It is in the second Herschel 400 observing program. That is the main reason I had it on the to-do list.

This one is posted at 1.5\" per pixel as my standard 1\" per pixel image scale adds nothing to this image but increased bandwidth. 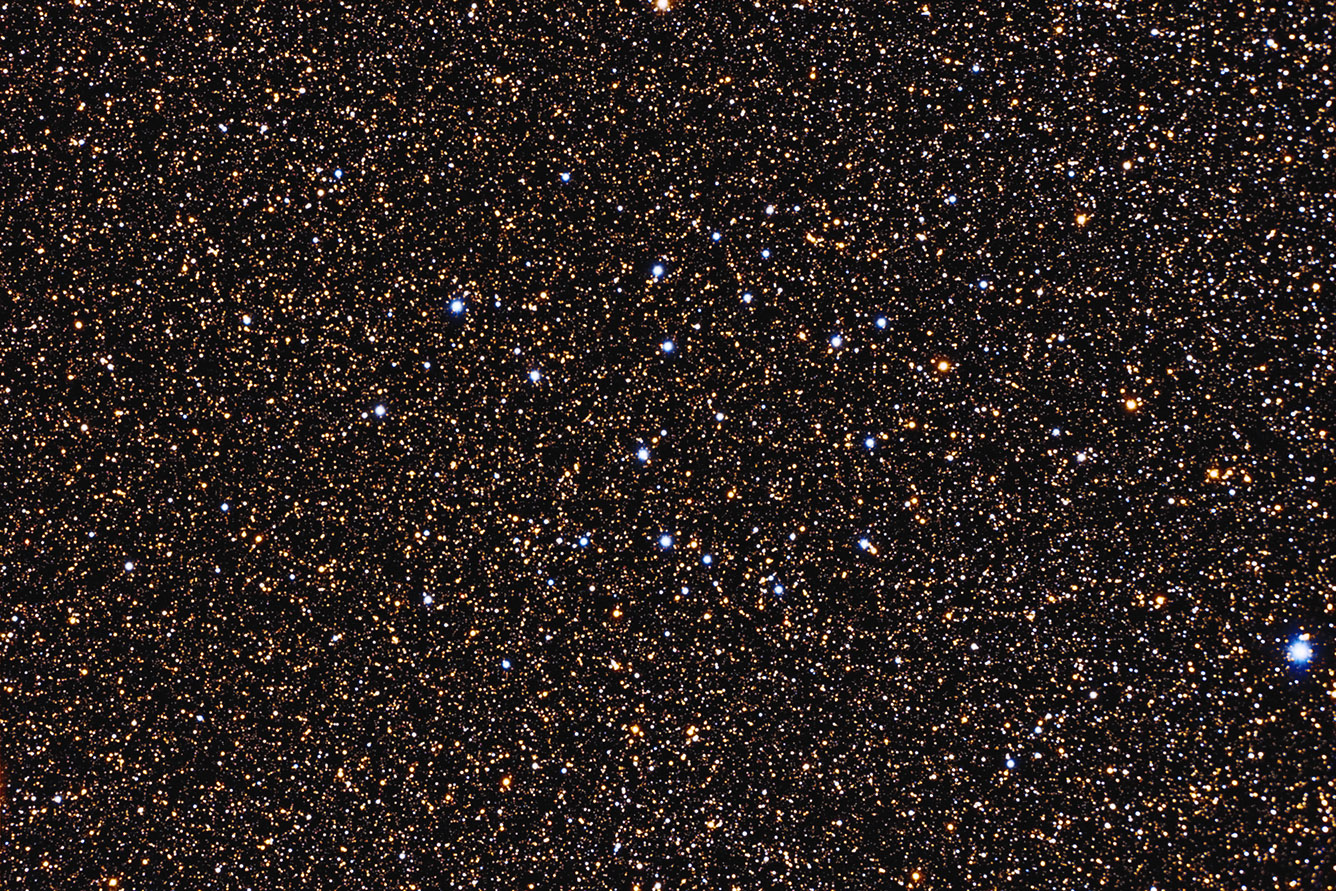