NGC 6819 is an I1r open cluster in Cygnus. It was discovered by Caroline Herschel on March 12, 1784. William apparently never picked it up as it doesn\'t appear in his data. It is thought to be about 1.5 billion years old. Due to its age, most of the very hot blue stars have long since died. The remaining ones are now red giants giving the brighter stars in the cluster an orange color. Most of the rest are rather white. Its distance is about 7,200 to 7,700 light-years depending on which source you use. Being in Cygnus I expected it to be rather reddened but that wasn\'t the case as it was only reddened about a quarter of a magnitude.

This image was done in 2008 when my color balancing was most G2V so likely not as accurate as I get today with eXcalibrator. Also, I took only one frame of each color. I can make that work today but didn\'t know the tricks back in 2008 so the color is a bit weak.

The cluster is easily seen in a 6\" scope as many stars are 12th magnitude or brighter. My 10\" shows many more stars and sees a bit larger diameter for the cluster. A larger scope likely would do even better.

The cluster was in the field of Kepler for its long term look for exoplanets. I don\'t know of any it found in the cluster but it did turn up a couple previously unknown eclipsing binary stars in the cluster and 4 others not related to the cluster. 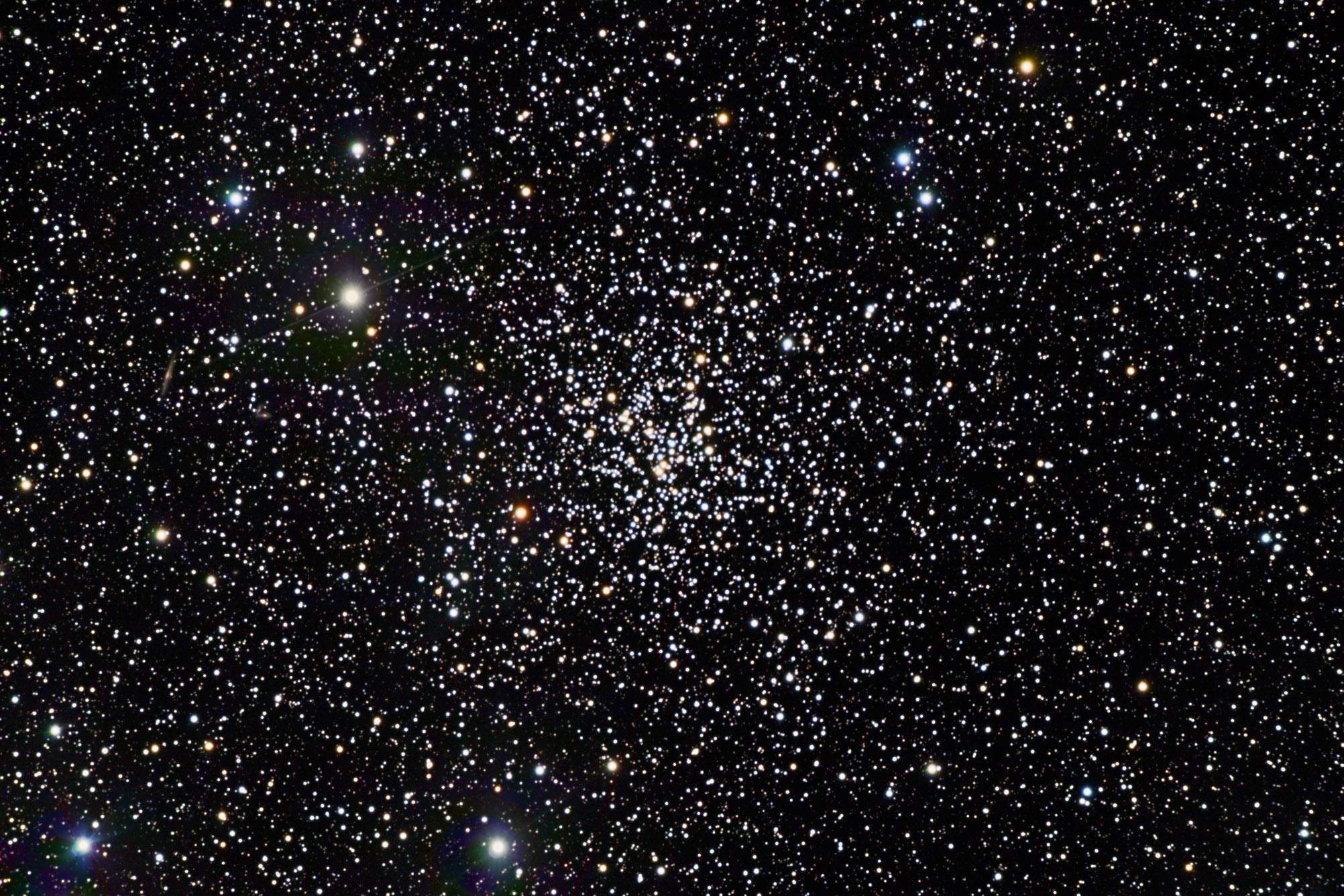