NGC 6824 is an SA(s)b: galaxy in northern Cygnus. Redshift puts it about 150 million light-years away. Tully-Fisher estimates run from 120 to 180 million light-years which brackets the redshift distance nicely. Most sources give a size of 1.7 by 1.2 minutes of arc. I find that way too small. I measure it at more like 2.9 by 1.9 minutes of arc. Apparently, they are measuring only the inner bright region. Assuming the 2.9 minute figure I get and the redshift distance it is about 125,000 light-years across, a bit larger than our galaxy.

The galaxy was discovered by William Herschel on September 16, 1792. It is on the Herschel 400 II observing list. That is what put it on my to-do list. Cygnus isn\'t a constellation I normally think of as a place to look for galaxies. Its location in the zone of avoidance means the field is little studied. It is the only galaxy in the image with redshift data. With so little data on the field no annotated image was prepared.

Seeing was very poor the night this was taken but transparency was much greater than usual. This allowed me to get its faint outer halo not often seen even if it meant giving up some detail. Maybe next year I can get an image with good detail and combine the two for both. It seems if transparency is great seeing isn\'t and vice versa. The uncertainty principle of imaging. This night a cold front cleared out the smoke that had been a pain for so long but left mixing air temperatures ruining seeing. 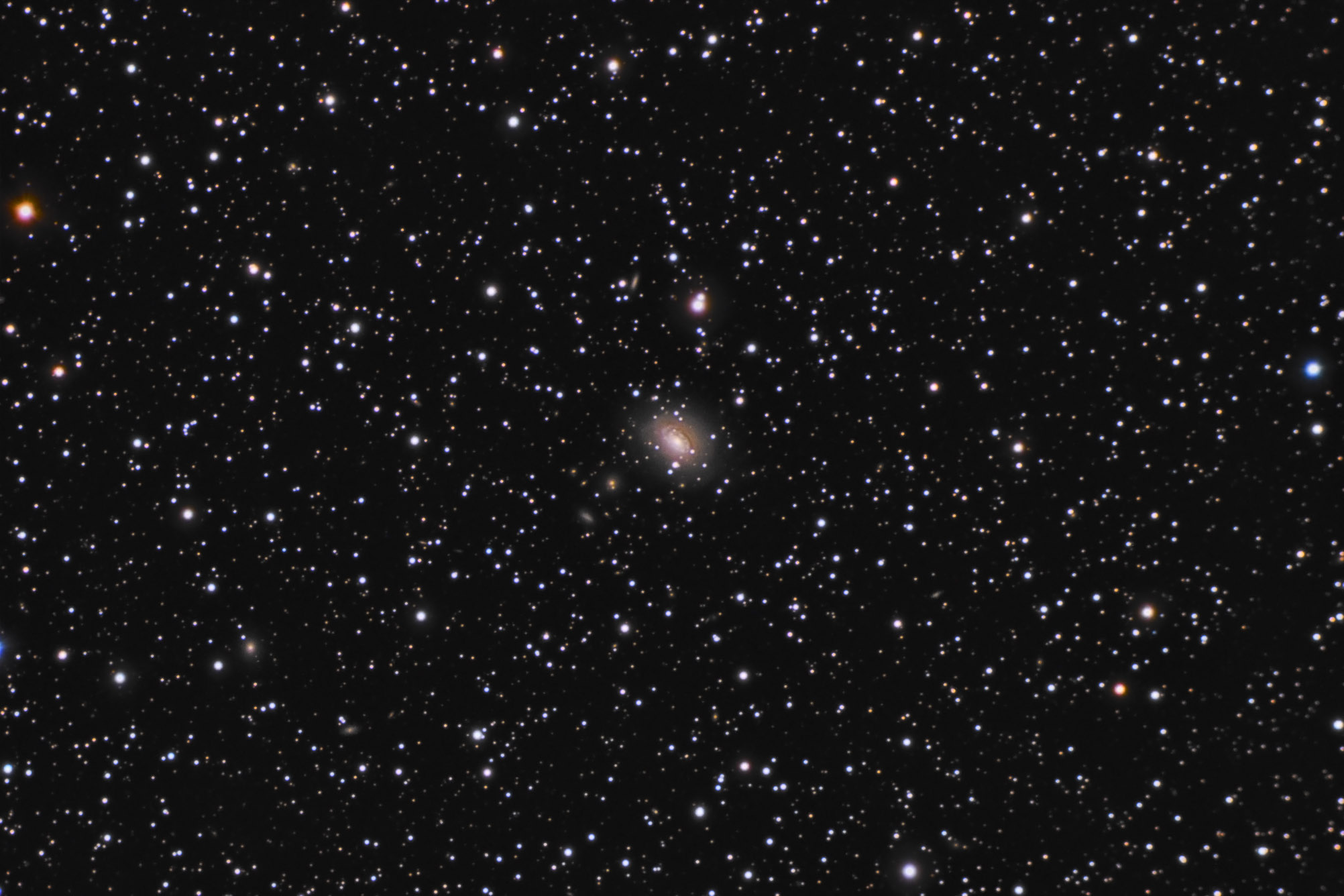 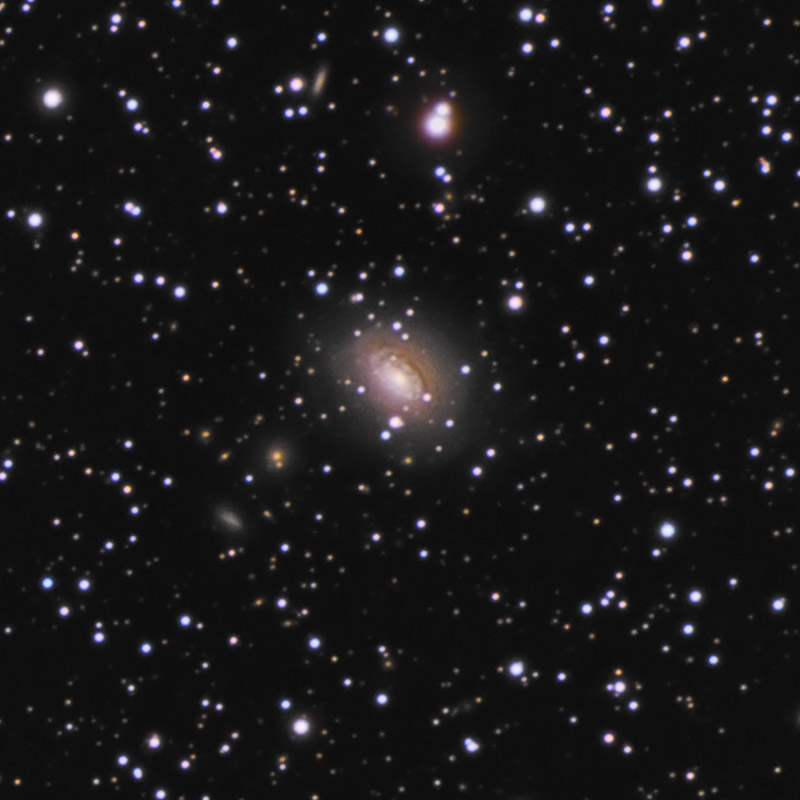