NGC 6826 is apparently the only known triple shell, giant halo planetary. Considering there are only 3 in the first category and 6 in the second that isn\'t all that surprising. It is in northwestern Cygnus. Distances to planetary nebulae are very hard to determine. One paper cited two other papers giving a range from 2450 to 7385 light-years. It was discovered by William Herschel on September 6, 1793. It is in the second H400 program.

It is also known as the Blinking (Eye) Planetary Nebula. When you look right at the central star the nebula fades greatly only to reappear when you look off to the side. I have seen lots of observers blame this on the lack of sensitivity of the eye\'s fovea. It\'s been long known to visual observers that the center of our vision has fewer low-level rod cells so doesn\'t see faint objects all that well. This is involved but other equally faint planetary nebulae don\'t exhibit this trait nearly so strongly. Those though don\'t have 10.4 magnitude central stars. Theirs are several magnitudes fainter. I used a crosshair eyepiece to block the light of the central star. When that was done even looking at where it was the nebula only faded slightly. I think most of the \"blink\" is due to how our eye/brain handles the fainter nebula around the bright star. Something to test at your next dark sky star party.

The other unusual characteristic of this one (not mentioned in the above link) is the FLIERS (Fast Low-Ionization Emission Regions) seen in it. They are the two red regions seen in the HST image (link below). In my RGB image, they come out as bright blue regions on either side of the center shell (mostly hidden by the bright central star). Why they came out blue I don\'t understand but they did. These FLIERS may not be so \"fast\" however. There\'s some indication they are relatively stationary and somehow the gas of the second shell is speeding past them rather than pulling them along with the shell\'s expansion. Either way FLIERs are hard to explain with our current understanding of Planetary Nebulae.

Due to the huge brightness difference between the central part of the nebula and the large halo I used two sets of exposures to record this one. The core was exposed using 14 2 minute exposures for the luminance and 2 5 minute exposures for the color data. The rest of the image used my \"standard\" 4 ten minute luminance and 2 10 minute color frames. The two were then blended together. As usual, all were binned 2x2. I really need a better night for the core. If it happens I\'ll redo the core region using 1x1 binning. 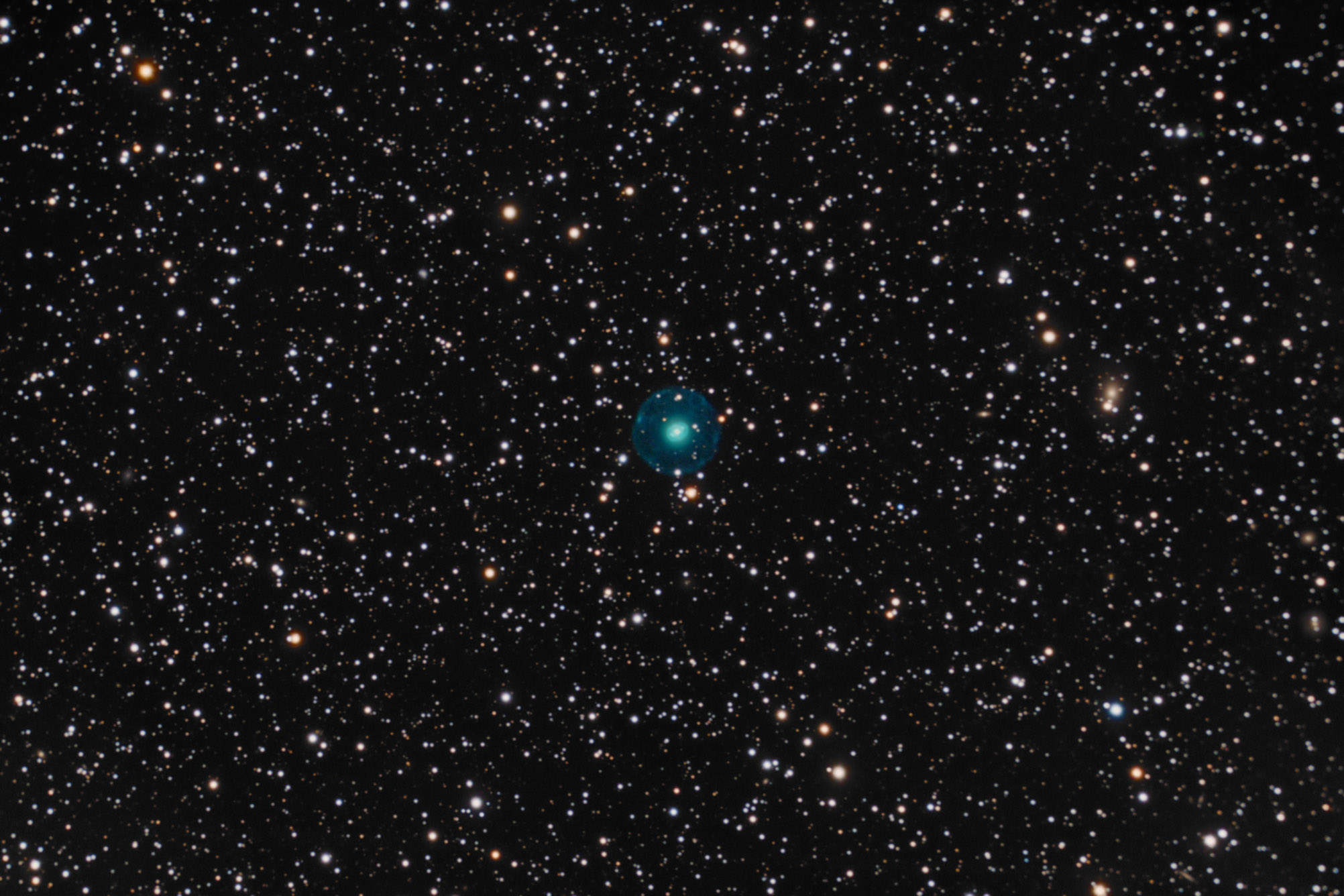 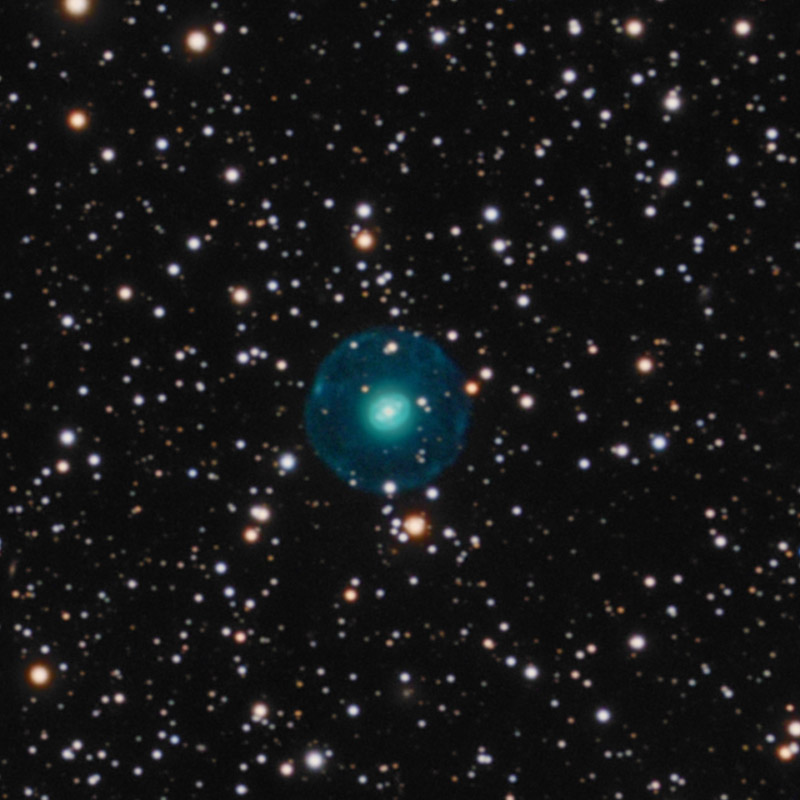