NGC 6830 is an open cluster in Vulpecula. When time and skies permit and nothing else is in an optimum position I work on Herschel 400 objects. This is one of them. It was discovered by William Herschel in 1784 using his 18.7\" reflector. My notes from my Herschel 400 log dated May 20, 1985 reads \"An open cluster at the north end of a rich star cloud extending north from 12 Vulpecula. Hard to tell where the cluster ends and the star cloud begins! The cluster is good the field is even better!\" I was into exclamation points at the time it seems.

WEBDA say the cluster is reddened by a half magnitude, it is 5,300 light-years distant and about 37 million years old. 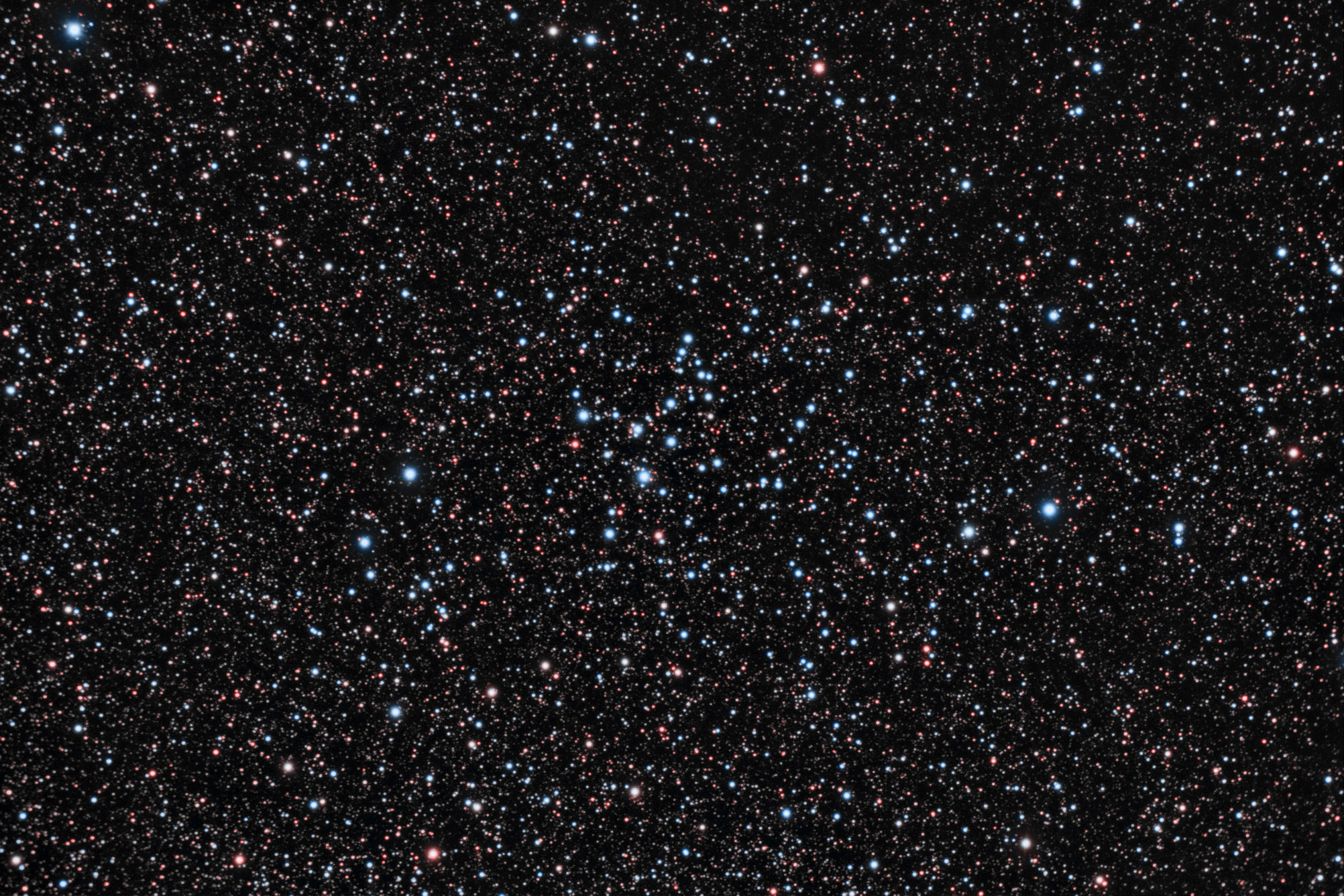