NGC 6846 is located in southern Cygnus about 14,500 light-years distant. It is a rather small cluster, likely due to its distance. The NGC Project gives a size of only 30\" of arc for the cluster. I get a size more like 45 seconds if the bright stars are used. Otherwise, the edge is impossible for me to discern. It is classified Trumpler class IV1p which really stumps me. IV indicates a cluster that doesn\'t stand out from the background. That would rule out the bright stars I used as members. The \"1\" means its stars are of very even brightness. So now it is either the bright or dim ones and since the bright ones are ruled out that leaves the dim ones. Since they do fade into the background with no edge I can see how was its size determined? The \"p\" means it has few stars (less than 50). I suppose this means it isn\'t the obvious stars but the faint ones that make up the cluster. Using a 17.5\" scope Steve Gottlieb says of it: \"...at 225x appears as a small, faint clump of stars over unresolved haze.\" The cluster was discovered by Édouard Stephan on August 17,1873 but he had use of a 31\" reflector. For some reason, while Stephan got the position right the RNGC and a few other sources put it 2 degrees south of the right position. Fortunately, The Sky has it correct or I\'d have taken only stars.

Using my larger size of 45\" and a distance of 14,500 light-years, the cluster is only 3.2 light-years across. WEBDA gives it an age of 400 million years and says it is reddened by a full magnitude.

The Sky told me there was a planetary nebula just northeast of the cluster. In fact, it said there were two. SAC 68+1.1 and PLN 68+1.1. They are plotted 35\" apart even though it is obvious they are the same Planetary. Turns out when I plate solved for them neither position was correct. Fortunately, NED has the position that matched a blue nearly star-like object in my image except its PSF was all wrong for a star but reasonable for a planetary nebula of that size. I\'ve noted it in the cropped image.

The full image does contain one galaxy that got through the dust of our galaxy. The field is only about 1 degree from the galactic plane so very heavily obscured. It is in the lower left corner and except for its PSF indistinguishable from a star. It has no info, not even a magnitude, just a position so I didn\'t point it out.

Since my usual exposure times are overkill and because two of the 4 luminance frames were full of satellites, I used only the two free of the many trails. I only took one frame of each color. Somehow all those satellites failed to show making it unnecessary to clone any trails out. On a night of good transparency (though not good seeing this night) I can get away with only one color frame when no satellites show up. 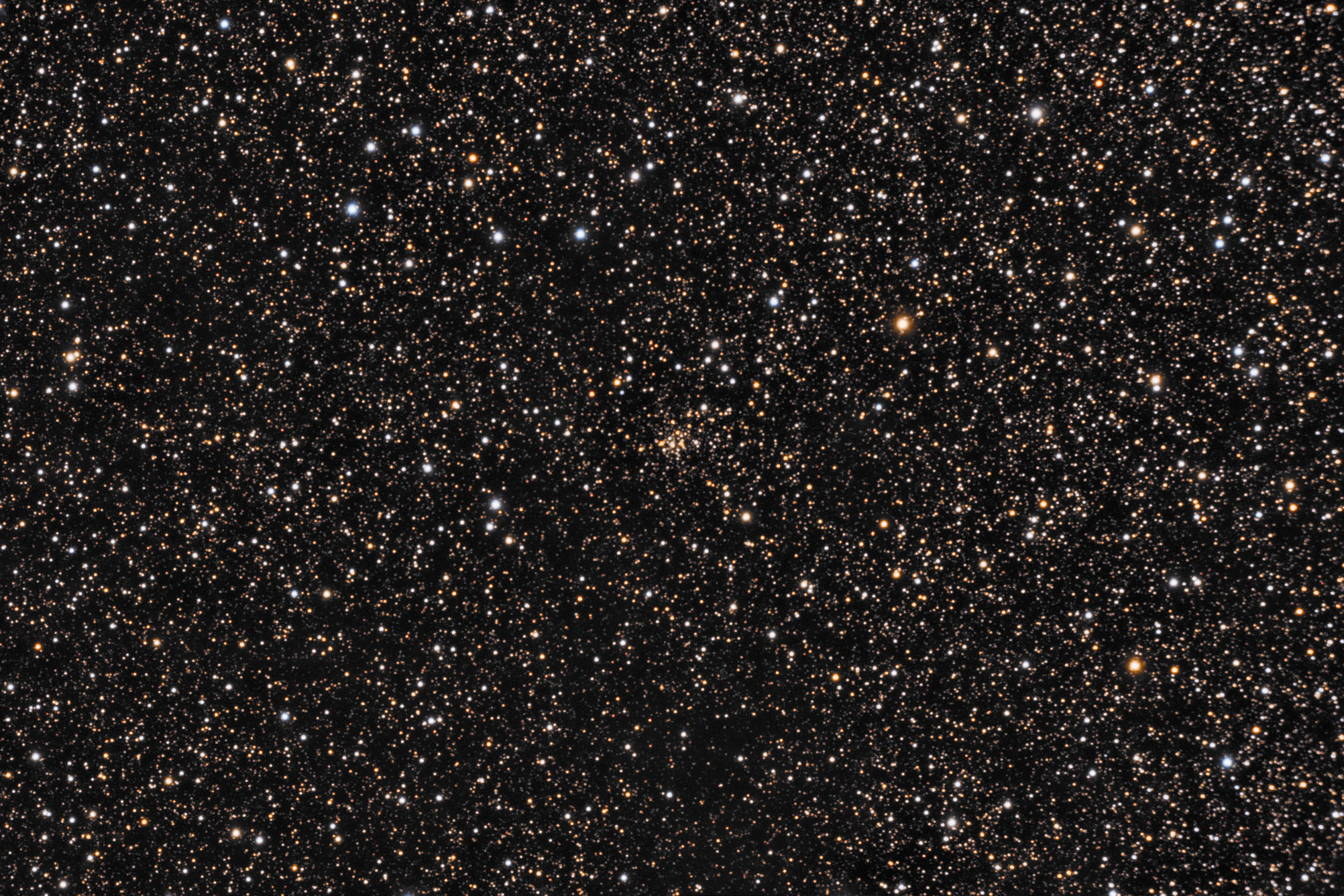 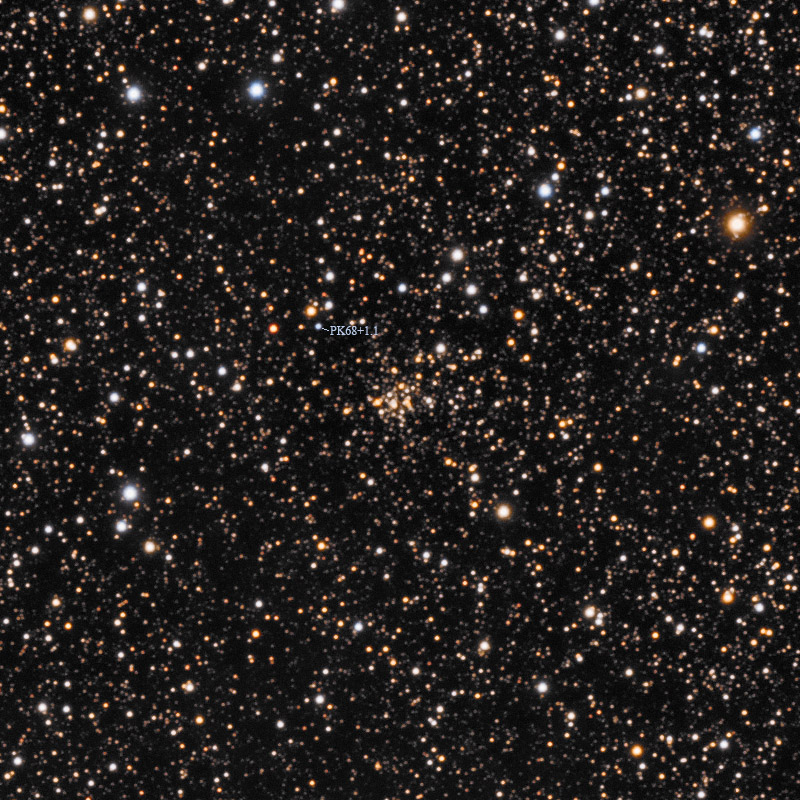