NGC 6856 is a star group located in Northern Cygnus. It was discovered by John Herschel on September 24, 1829. I can\'t tell you how distant it is. There is no agreement over whether this is a star cluster or an asterism. While it is listed in the NGC, the Revised NGC lists it as non-existent. SIMBAD doesn\'t list it under an NGC number. WEBDA has no listing for it at all. In my image, the range of star colors seems about the same as the rest of the field. I found no Hipparcos data for any of its stars. Thus I\'m coming down on the side of it being an asterism. It might not be as cute as the \"Coathanger\" but certainly is obvious.

While there are a few galaxies in the image, none have redshift data at NED. In order to push the star colors in a cluster of lightly colored stars, I reduced the luminance level causing the galaxies to be less obvious. Since I had no data on them, not even a magnitude, just a positional catalog name (a couple are in the PGC as well) I didn\'t prepare an annotated image. 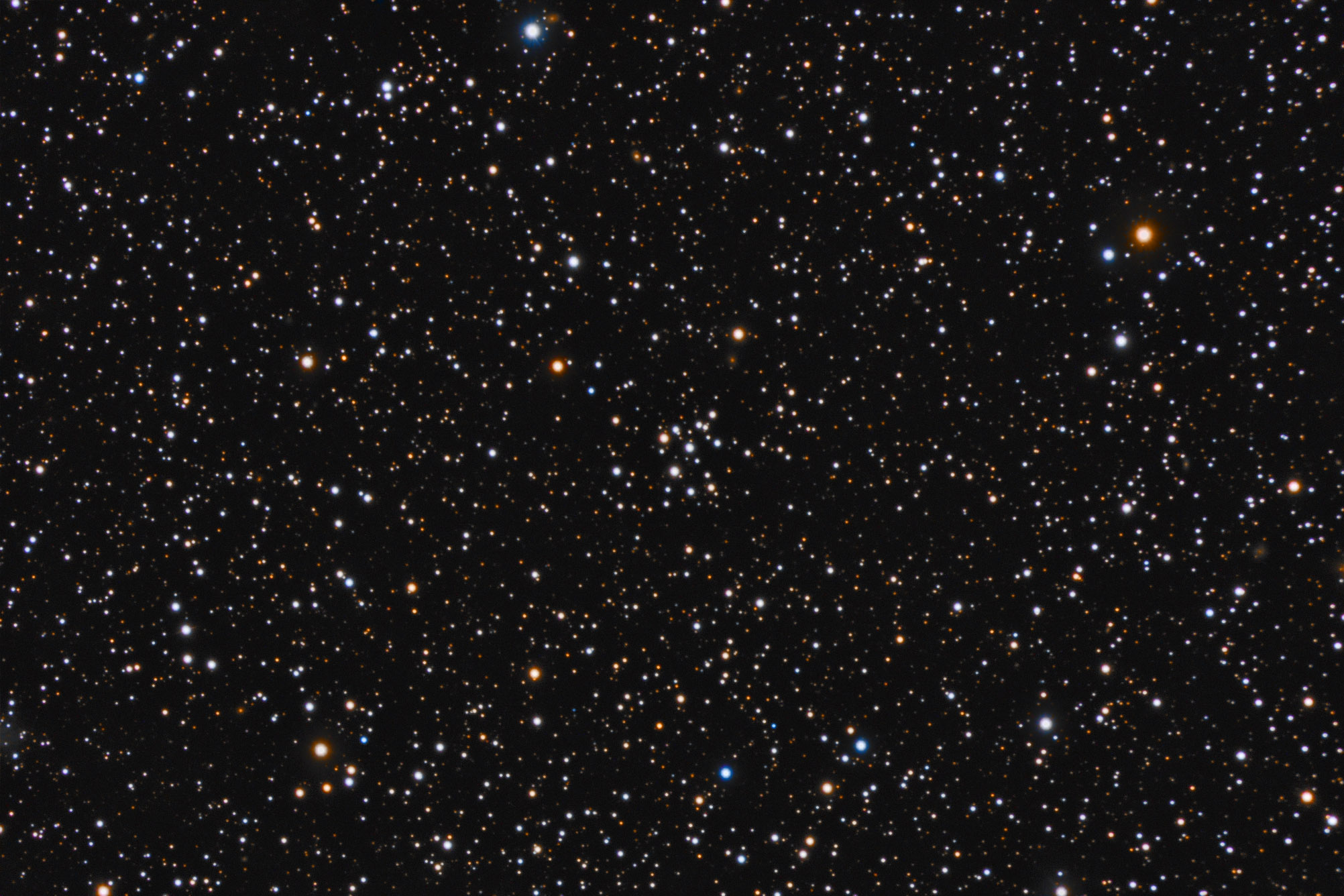