NGC 6871 is a very large young cluster in Cygnus about 5000 light-years distant. WEBDA gives its age as about 9 million years. I moved the cluster to the side to pick up the dark lane in the background nebulosity. I shouldn\'t have done so as there seems to be an interesting red filament coming in from the left side of the image besides the vertical one. I knew about the vertical one but not the other one. In fact, I spent some time trying to figure out where that \"reflection\" came from before seeing it is clearly seen on the DSS red plate. It was discovered by William Herschel on September 23, 1783. 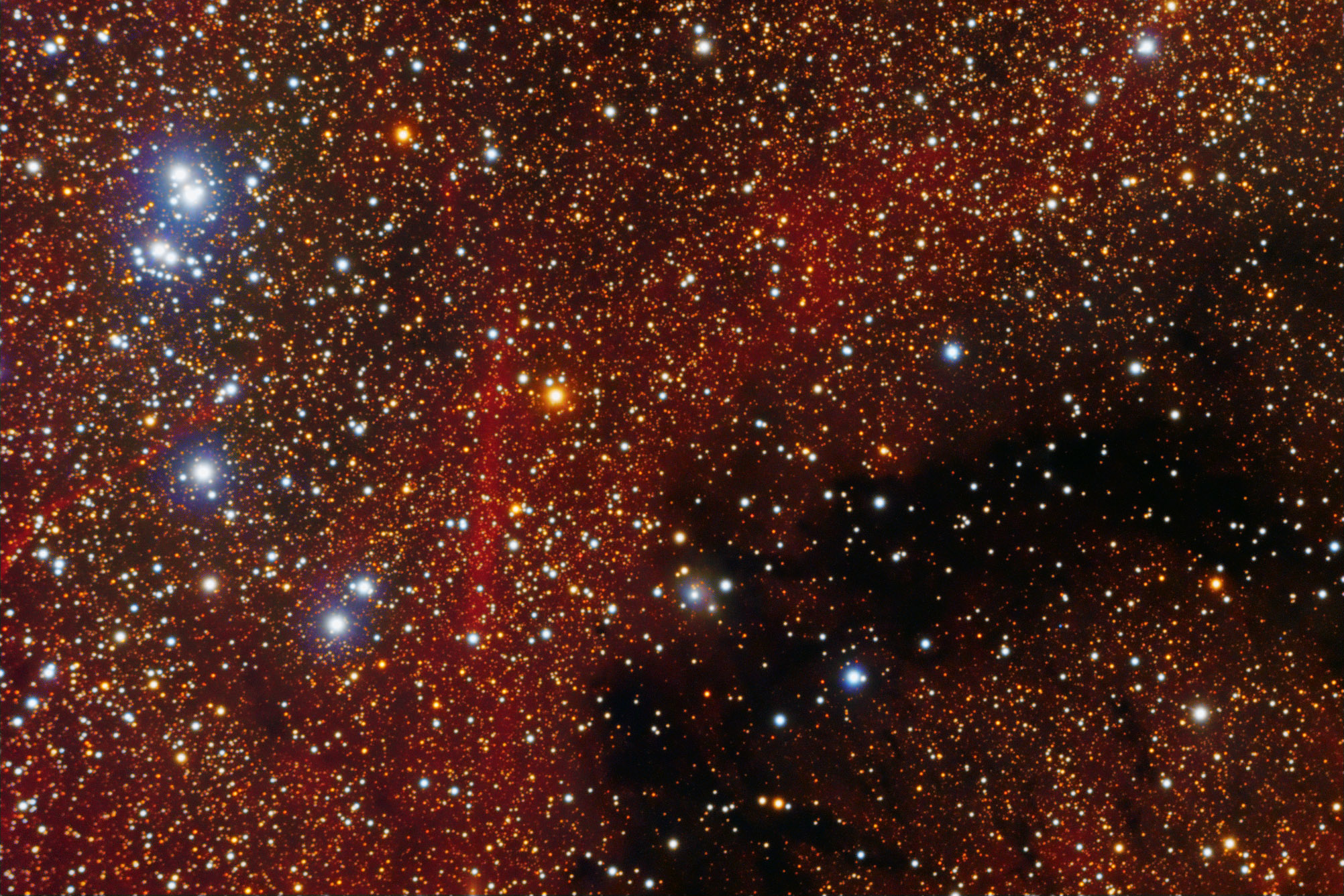