NGC 6905, a planetary nebula in Delphinus, is also known as the \"Blue Flash\". Distances to planetary nebulae are hard to determine unless close enough for trigonometric observation. I found estimates of this one ranging from 3,200 to 8,500 light-years with the most modern estimate (2004) coming in at about 5,300 light-years. Put on the hip waders and read about it at http://adsabs.harvard.edu/abs/2004MNRAS.353..589P .

The nebula was discovered by William Herschel in 1784 with his 18.7\" reflector. The central star is a pulsating white dwarf which has a hydrogen deficient atmosphere. It is in the original H400 observing program. My notebook from that has an entry from May 20, 1985 with my 10\" f/5 at 180x on a good night. It reads; \"Round planetary nebula tucked neatly between a bright and dim field star. No detail is seen though the UHC brightens the view and makes it a bit larger.\" Apparently, I never noticed the \"dim\" star was inside the nebula\'s fainter regions. I suspect I was only seeing the bright center since I called it round rather than pointed on both ends. 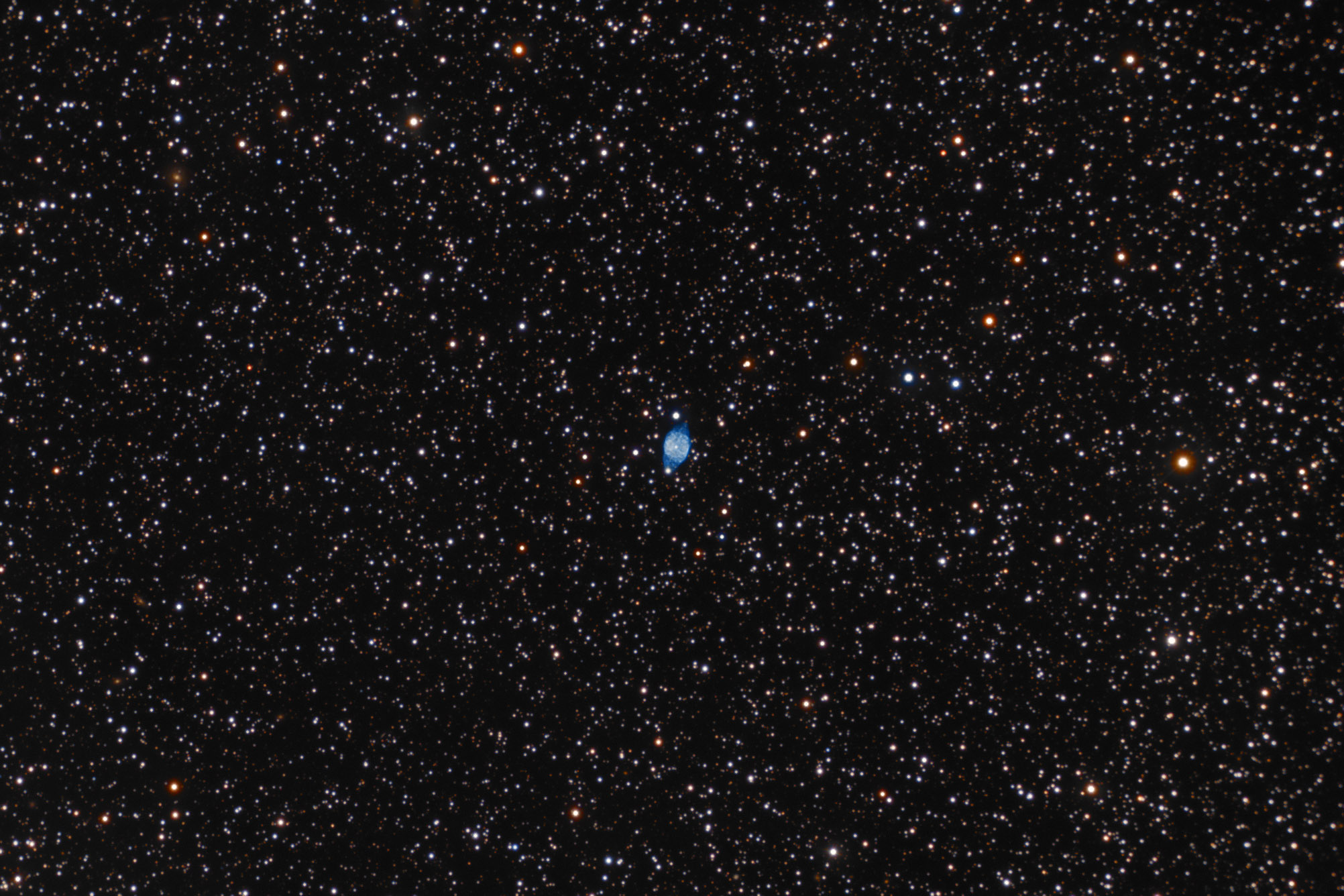 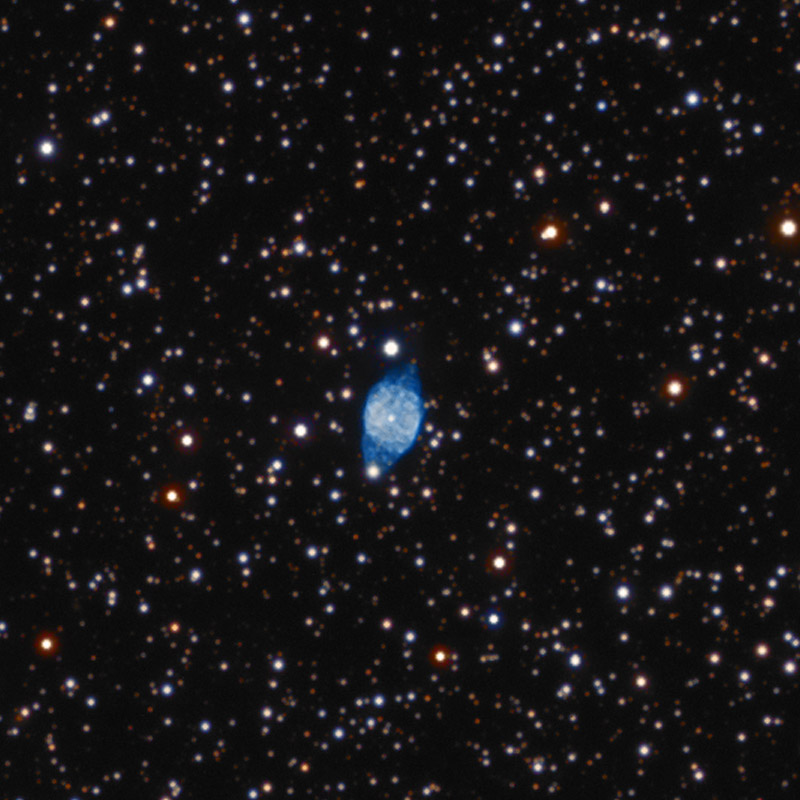