NGC 6910 is an open star cluster in Cygnus. Cygnus is either a Swan or the Northern Cross depending on how you look at it. Where the cross arms meet or where the wings and body meet on the swan is the star Gamma Cygni also known as Sadr. Around this star is a huge HII region usually just called the Gamma Cygni complex. NGC 6910 is in this part of the constellation. When a club member (Earl Moser) first pointed it out to me in the mid 60\'s he called the Stickman Cluster. Visually it does look like a stick man though his arms are very short, one carries a bright light. He seems to have a fog light on one foot to help see through all the hydrogen I suppose. Rotate the photo a bit over 90 degrees clockwise to see him standing up. Visually you don\'t notice the hydrogen at all. Most photos don\'t show it either as it is very faint. But by using my Hydrogen Alpha filter that shows only hydrogen light it shows up nicely. One source puts it about 3700 light-years distant with an age of about 13 million years. It is reddened by nearly a magnitude yet its stars still look blue. A sign it is a rather young cluster as the age of 13 million years indicates. It was discovered by William Herschel on October 17, 1786. It isn\'t in either H400 program.

Visually I saw no hint of the hydrogen alpha emission seen in my image. It is rather faint but the main reason it isn\'t seen visually is that our eyes are quite insensitive to the very deep red color of H alpha light. While my camera has a problem with deep red as well it is nowhere near as bad as our eye\'s at this frequency and by isolating this frequency, blocking all others, I can take 60 minutes of data without it being lost in the colors it sees better. Our eyes are limited to what they see in about 1/10th of a second. So even using such a filter won\'t help visually. In fact, we see other wavelengths such as OIII and H beta far better and there are filters for these that can help see faint emission objects. Our eyes are very sensitive to teal and blue compared to deep red so we can see these other colors even if they are much fainter. The camera isn\'t fooled like the eye so it sees the dominant H alpha with the other colors lightening it up so it\'s no longer deep red but still quite red. 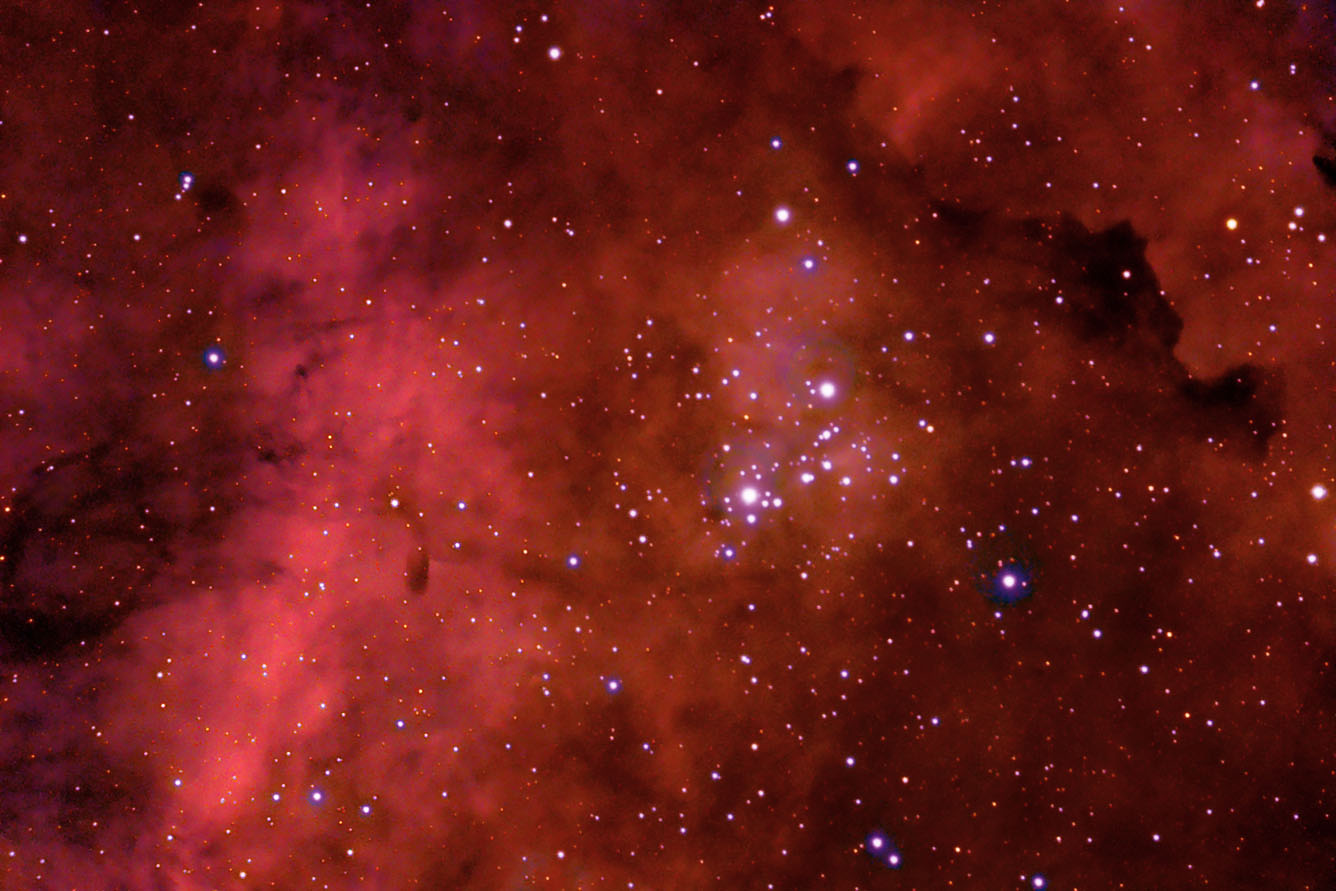