NGC 6911 is a very strange spiral galaxy in eastern Draco about 105 light-years distant by redshift and other methods. It has a drawn out eastern arm and nothing much in the way of an arm on the other side other than the ring the one arm comes off of. Instead there\'s a disorganized puff of stars where the other arm would be. This is a very lonely galaxy with no others in the field. NED came up empty looking for a related galaxy even far outside my field. So how did it get so screwed up. Is it the product of a merger? I found virtually nothing on this galaxy in the literature. NED has no redshift data on anything else in the image and only a half dozen or so other galaxies are even listed. Those lack even a magnitude reading.

Located far to the north it isn\'t surprising to find the field full if galactic cirrus, aka IFN. This is dust well above the plane of the galaxy reflecting and sometimes emitting light due to the illumination of the stars of our galaxy below rather than by an individual star as is the case with most reflection or emission nebulae. Unfortunately August turned out to start off as poorly as July with horrid transparency. While the image uses 7 luminance frames I took 16 over three nights to get the 7 I used. They likely have fewer photons than 2 normal frames would. The color data was taken the second and third night with 4 frames each color each night of which one each night was usable. Though I doubt there\'s even 10 minutes worth of signal in all 8 of each color and only slightly less in the 2 of each I used. So this one is highly suspect as to color. There wasn\'t anywhere near enough color to pick up the IFN so it is not colored at all. The galaxy is surprisingly red. I think it likely due to dust reddening as it is near the edge of the Milky Way. The \"bright\" star in the upper right corner is a G3V star so nearly white and that is how it came out indicating the color is likely correct. The blue tinge is normal due to chromatic issues with the corrector lens of the scope which is not color corrected and thus can show this blue tinge on very bright stars.

Again this is an object I can\'t find posted anyplace on the net in color. At least not under the NGC 6911 name. Nor did I note in my notes why it was on my list other than the notation \"IFN?\" beside it so somehow I suspected it was there. It is hinted at in the POSS plates so that might be why the note. 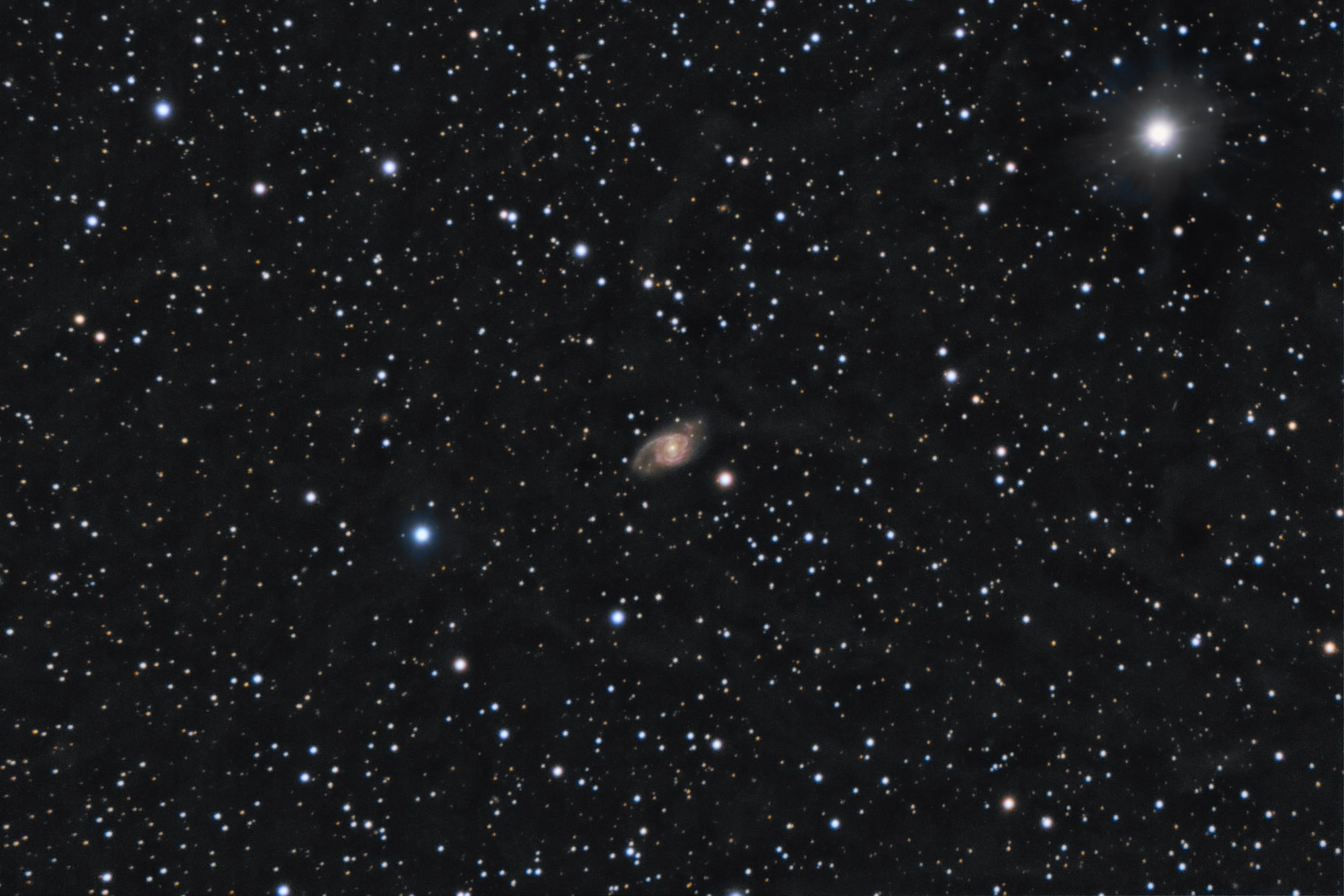 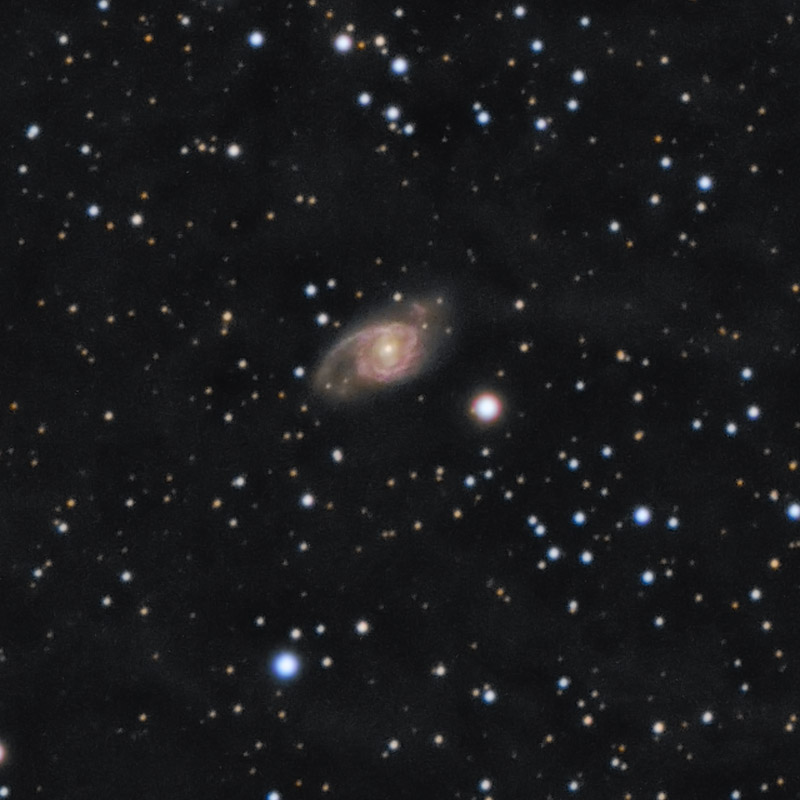