This object in Cygnus has an identity crisis. Is it the red emission nebula, the top blue reflection nebula or what? Simbad says it is an emission nebula but points different places depending on how you enter Simbad. NED points to the top blue reflection nebula, Seligman points to a bit different area and quotes Dreyer saying \"very faint, very large, irregularly round, diffuse, 2 stars attached on west\". That might point to the entire region or just what? I can\'t tell what is meant by 2 stars attached on the west. APOD takes the easy way out and calls it a \"complex of Nebulae\" and shows a very deep picture of the blue emission nebula rather centered on the lower of the two reflection nebulae near the center of my image but includes the southern one I didn\'t fully include. There are many images of this region, again with little agreement as to what is NGC 6914. In any case, most agree the reflection nebula I cut off at the bottom is vdB 131 and the middle one is vdB132. I\'m going with the upper being NGC 6914. Otherwise, I\'d have thought it too would have a vdB designation. Vdb 133 is a very different reflection nebula in Cygnus which I\'ve also imaged. The bright emission nebula along the left side is LBN 273 (south part) and LBN 281 (northern part). The dark nebula above and right of NGC 6914 is LDN 899. At least that\'s my take on this field.

This was one of my first attempts on a field like this taken back in 2007 when I had poor processing skills and tools. I had started to learn what it takes to image such a field. I got lucky with the processing. I tried several more times in 2007 to improve this image and each time it got worse. I put it down ignorant beginner\'s luck. The original data is on a hard drive in the basement buried who knows where with a backup in the safe deposit box 22 miles from here. I lost my entire film collection when a large oak limb on a tree came through the roof in the attic where all prints, negatives and slides were stored. Except for a few elsewhere nearly 50 years of film work was wiped out. Now I\'m paranoid and have backups of original data two places miles apart and the TIF and JPG images several more places. 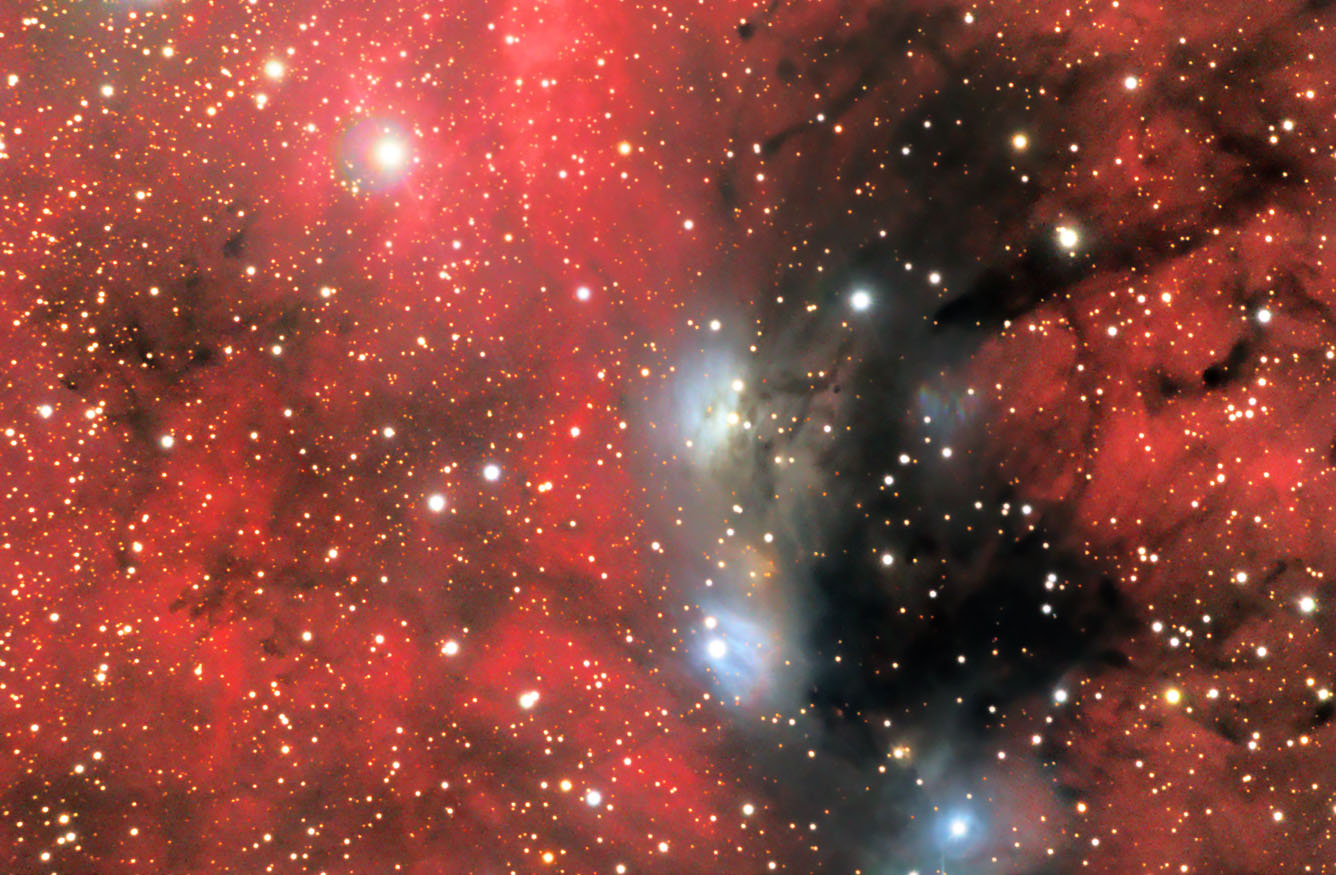