Galaxy hunting in Aquila is about like hunting polar bear in the Antarctic. Unlike Antarctic polar bears or arctic penguins, there are a few galaxies in Aquila worth looking at if you look long and hard enough to find them. NGC 6926 is one such galaxy. It is a huge rather disrupted spiral galaxy some 150,000 light years tall if you count the short plume to the north and 130,000 if you don\'t. Either way, it is a very large spiral. Its northern arm is drawn out and has two major star clouds in it. The southern is so disrupted it has a hole in the middle of it. It is part of a group of galaxies. Two others in the group are in my image, NGC 6929, a peculiar SA0+ galaxy to its east and UGC 11585 in the southwest corner of my image which is also listed as a peculiar galaxy. The status of NGC 6929 as peculiar is a bit questionable as indicated by the colon in the \"pec:\" designation. UGC 11585, however, has no question about its peculiarity. Like NGC 6929 it has an apparent hole in its disk. It looks like I overprocessed it so the field star developed the dreaded \"Panda Eye\" dark circle. But the dark area is real. An ordinary looking edge on dwarf disk galaxy, 6dF J2032205-020828 may also be a member of the group.

There\'s a trio of galaxies at the bottom center of the image that are all about 720 million light-years away which may be part of another galaxy group.

A distant member of the group, NGC 6922, lies far west out of my image. It too is peculiar. It\'s quite unusual to have a group so full of galaxies carrying the peculiar designation. Due to weather, I was unable to capture NGC 2922 this year. Maybe next year. (Edit: It has now in my collection.)

The field seems to have some faint nebulosity in it. I see a hint of it in the blue POSS 1 plate so think it real. I had a light leak in my system that started with the previous image at the end of July. I didn\'t look at the images until August 8 when I found it was there and fixed it. I don\'t think it the cause of the faint glow as it caused other issues. Unfortunately, I took 6 objects before realizing it was there. None show this glow, however. another reason to think it real. Thus I left it in.

The field is little studied being deep in the Zone of Avoidance. Thus the annotated image has only the galaxies mentioned above as none of the many others in the image has much info at NED. Most aren\'t even listed there, only those few that were strong IR sources to make the 2 micron sky survey are listed. Since they are identified by position only I didn\'t include them.

For a change I had normal transparency but seeing was running nearly 4\". I applied a lot of deconvolution to get it down to near 3\". Far more than I like to use. Still, for this year it\'s a good image, as conditions have been so poor. 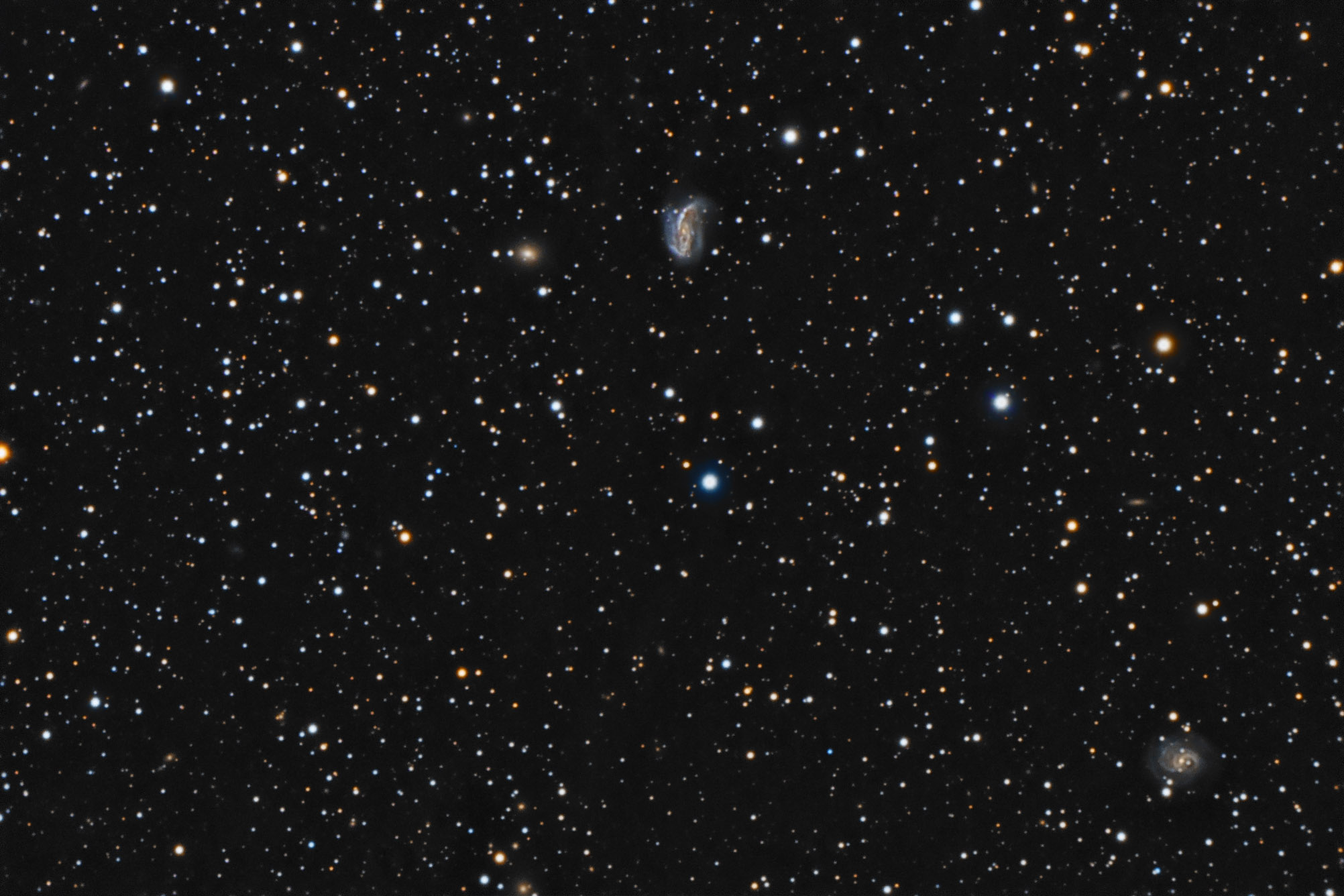 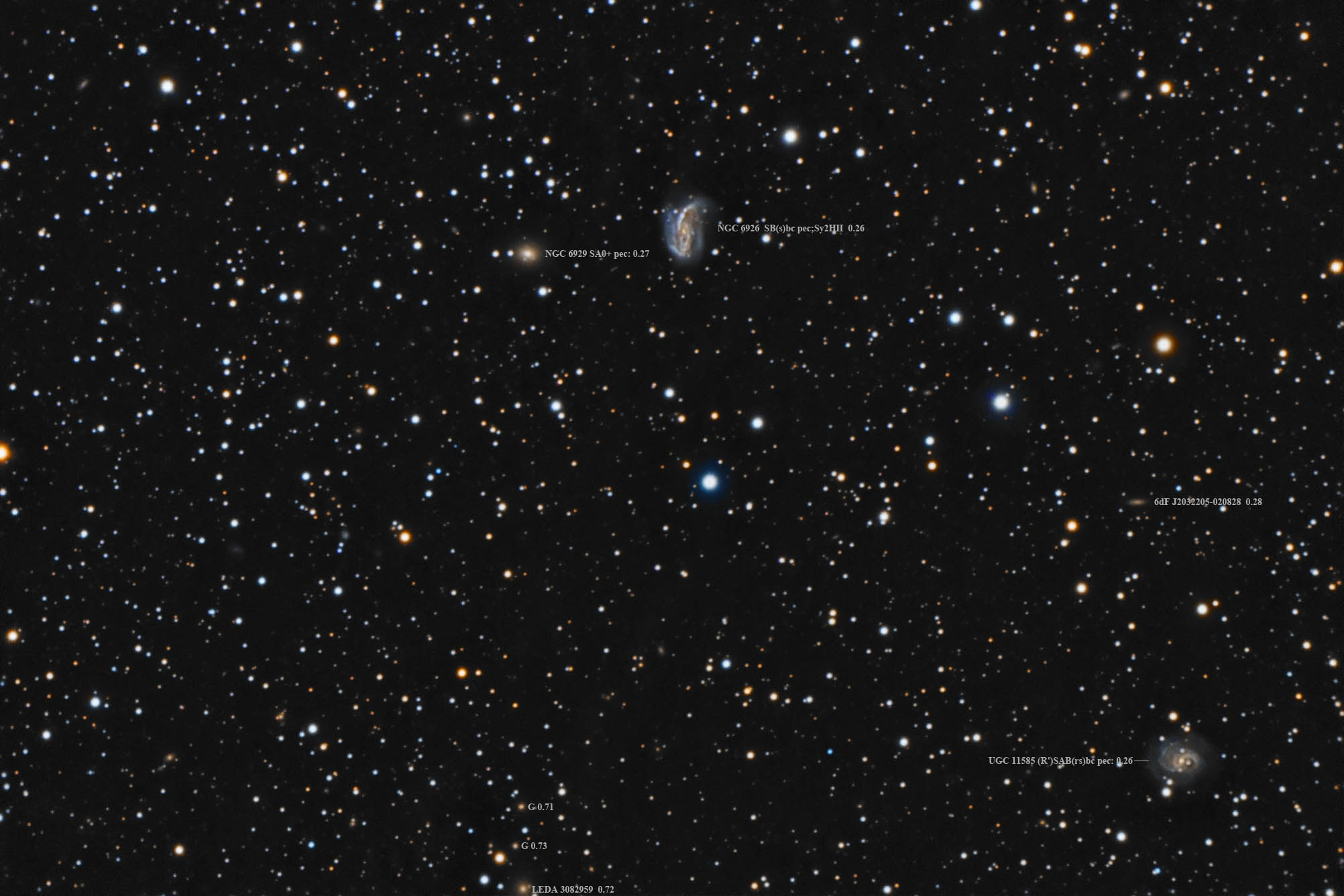