NGC 6940 is a large type III2m open cluster in Vulpecula. It was discovered by William Herschel on July 17k 1784. It is in the original H400 observing program. My log for May 20, 185 on a good night with my 10\" f/5 says, \"Long one of my \'showpiece\' open clusters for the public. It resembles more a star cloud than a cluster. It contains hundreds of medium to faint stars in a field filling cloud. For once the H400 guide understates the apparent number of stars in an open cluster.\" The \"showpiece\" appearance in my 10\" scope is lost in my CCD image which doesn\'t show star brightness over the range the eye sees when looking at the cluster as it sees stars much fainter than the eye does. This image, at least the way I processed it fails to capture what the eye sees at the eyepiece of a 10\" scope on a good night.

The cluster is thought to be over 700 million years old. Old enough that the bright blue stars have long since died leaving the cooler and dimmer stars to dominate. This age may be why it looks much like a star cloud than a vibrant open cluster. It is reddened only by .2 magnitudes so star colors are close to correct. Its distance is estimated to be about 2,500 light-years making it a rather nearby cluster. This was one of my very first color images from 2006. While I have the original data on backups hard to get to as one is 22 miles away in a safe deposit box, I have no exposure data easily available. I didn\'t keep very good records back then. I suspect the main reason this one doesn\'t look like its visual impression is I severely underexposed it preventing me from showing it as it really is. Also, my image processing skills were hampered by 8 bit programs and severe ignorance of how to use the limited tools I had. I really need to retake this one. 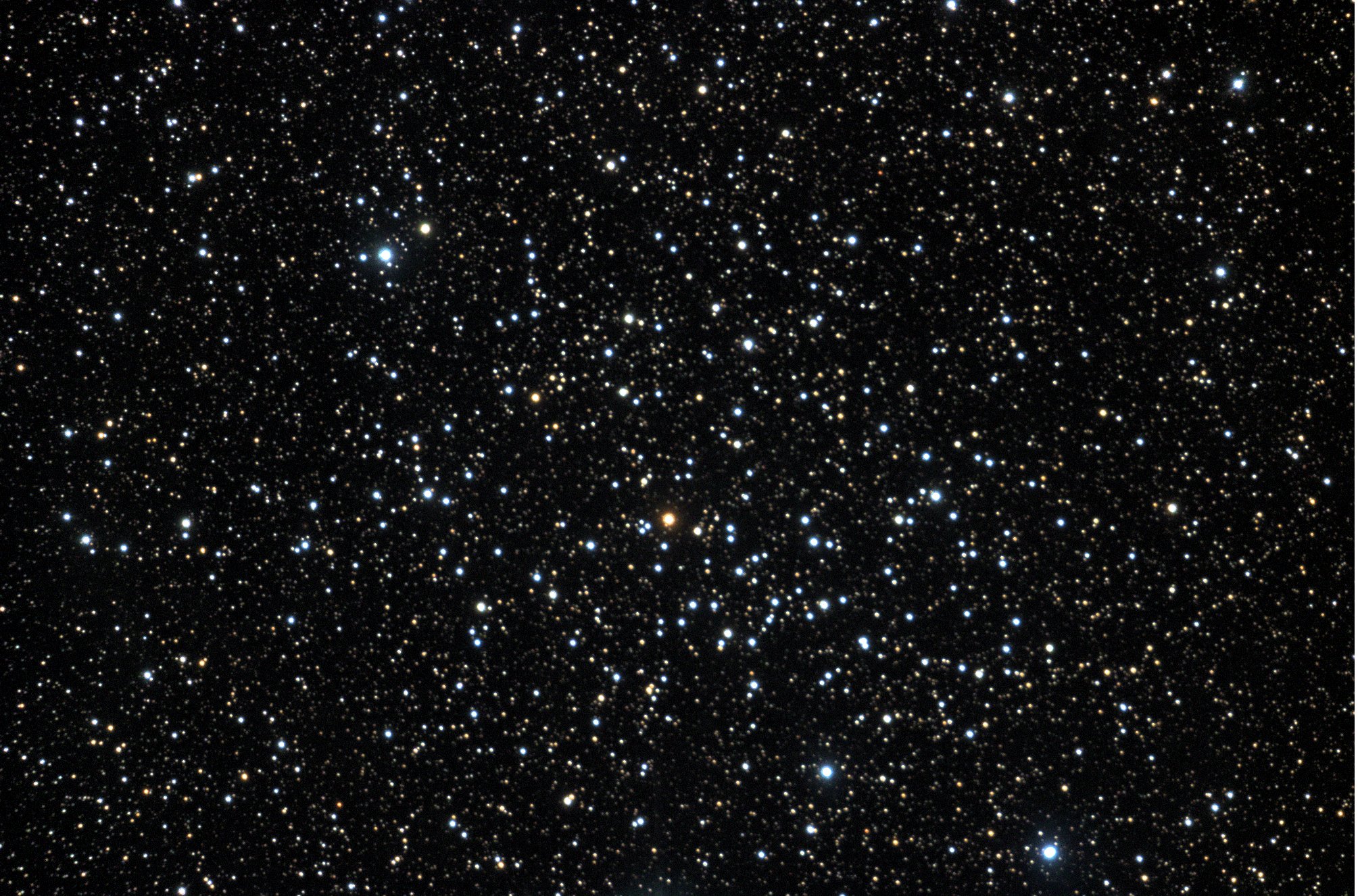