The Cygnus Loop consists of many separate NGC, IC and other designations, some with common names as well. NGC 6995 is the portion in this image with the start of IC 1340 at the bottom. The Cygnus Loop is about 3 degrees across. While sometimes called a supernova remnant that isn\'t quite correct. It is caused by the shock wave of a supernova that happened some 5,000 to 8000 years ago (old estimates say up to 100,000 years ago). It seems to get younger with every new study. The distance is rather uncertain but a measurement by FUSE puts it about 1470 light-years away. If correct that means the 3 degree bubble is over 76 light-years across. Obviously, the debris of the supernova couldn\'t be seen spread over this vast area. In fact, no debris or other sign of the supernova is to be seen other than the shock wave itself. That is compressing interstellar gas ahead of it. The energy from the shock wave causes it to glow with the Hydrogen showing as mostly red and the OIII being rather blue (I\'d have expected more cyan but it came out blue for me so something else is also involved I\'d think, H beta probably). Its diameter of a bit over 76 light-years gives an average speed of 1.5% the speed of light or about 2800 miles per second or 10 million miles per hour! You might expect that motion to be visible. Remember the material isn\'t moving with the shock wave. It is just the compressed gasses excited by the shock wave as it passes through them. Instead, new shock features will become visible as old ones are left behind. That will take time though by comparing very old images some features on the outside of the bubble might be expected to brighten and hints of new ones develop as those toward the center dim and fade away. Comparing an image I made (very poor) in 2006 to one made last year I found no obvious change though the exposure times and acquisition techniques were so different real brightness changes are hidden.

Note the distant faint, apparently dust reddened galaxies on the left side of the image, especially toward the bottom. Oddly they aren\'t seen on the right side in the middle of the loop though some are on the western side of the loop. None had redshift data and many weren\'t listed at all in NED which has only picked up those with strong 2 micron emission to make the 2MASS catalog. The biggest and brightest (near an orange star) isn\'t listed at all. Thus I didn\'t bother making an annotated image.

I had hoped to work on a large mosaic of the east side of the bubble. But thanks to the highly variable weather that didn\'t happen. I did get lucky for a couple hours of far better than usual (for this year) conditions which allowed me to capture this part of the eastern loop. At this rate, I should finish the mosaic by 2020! As usual, this is a pure LRGB image, no narrowband data was used and I only had good skies for my usual short 40 minutes of luminance and 60 minutes of color data. Far less what most would use for this object. Still, it is one of my best images for 2013. 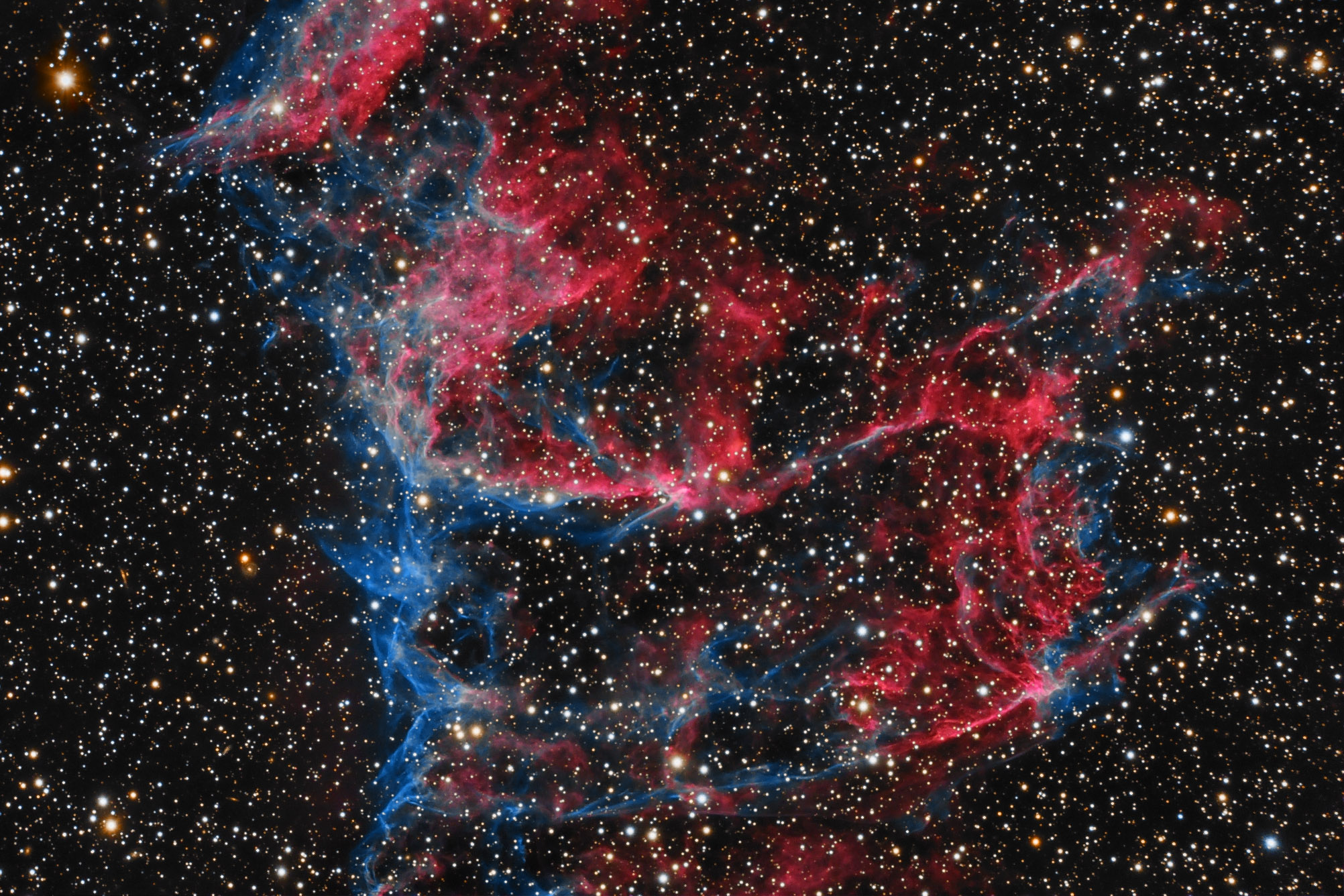