NGC 7013 is a rather nice spiral galaxy that is often overlooked since it hides in plain sight but in a constellation not known for galaxies -- Cygnus the Swan. It is less than 2 degrees from the southeast edge of the Veil Nebula complex in fact. This means it is rather heavily obscured and its color balance severely altered. It is much redder in my image than it really is. 60% brighter in red light than green and 60% dimmer in blue light than green light. Twice as much of its blue light is blocked than its red light giving it a rather red color. The arms are likely far bluer than they appear in my image. The extinction appears to vary quite a bit across the galaxy. At least my attempts to correct for this extinction resulted in a very uneven color effect. I could have forced the colors but decided to just go with what hit the sensor as adjusted for its known light curves. Most of the stars in the image are in front of the absorbing dust so are mostly correct.

NED and the NGC Project classes it as SA(r)0/a and notes its a LINER galaxy. The (r) refers to the apparent ring that forms its brightest region around the core. Outside the ring, the arms are faint, diffuse and mostly featureless. While I show a rather interesting color pattern to this outer disk I suspect that is due to differences in dust absorption by our galaxy rather than real. Note I said apparent ring. While no official Hubble image exists of this galaxy they did take a very few (2) mono images with WFPC2. It shows the ring is mostly due to poor resolution from ground based telescopes of the extensive dust structure of the galaxy and is not real at all.

There is a nebula at the top of the image which is in the general direction of the Veil complex. I can\'t find it listed in SIMBAD. As the data came in I figured it was H alpha from some far-flung piece of the Veil or maybe of the large HII complex of central Cygnus not far away. But its color suggests it is dim dust and thus possibly galactic cirrus illuminated by the light of our galaxy rather than some individual star as is the case with most reflection nebula. If anyone knows more please let me know. Searching the net I\'ve found a couple others noting the nebula but also unable to pin it down.

While NED lists a handful of strong IR emitting background galaxies none have any distance data and are mostly very faint I didn\'t prepare an annotated image.

In processing this image the quite red (b-v=2.28!) star at the north end of the galaxy was a pain to deal with. I failed rather miserably to do so. While the HST image was framed to omit the star its glare is severe in their images as well so I don\'t feel quite so bad failing to deal with it like I wanted to. 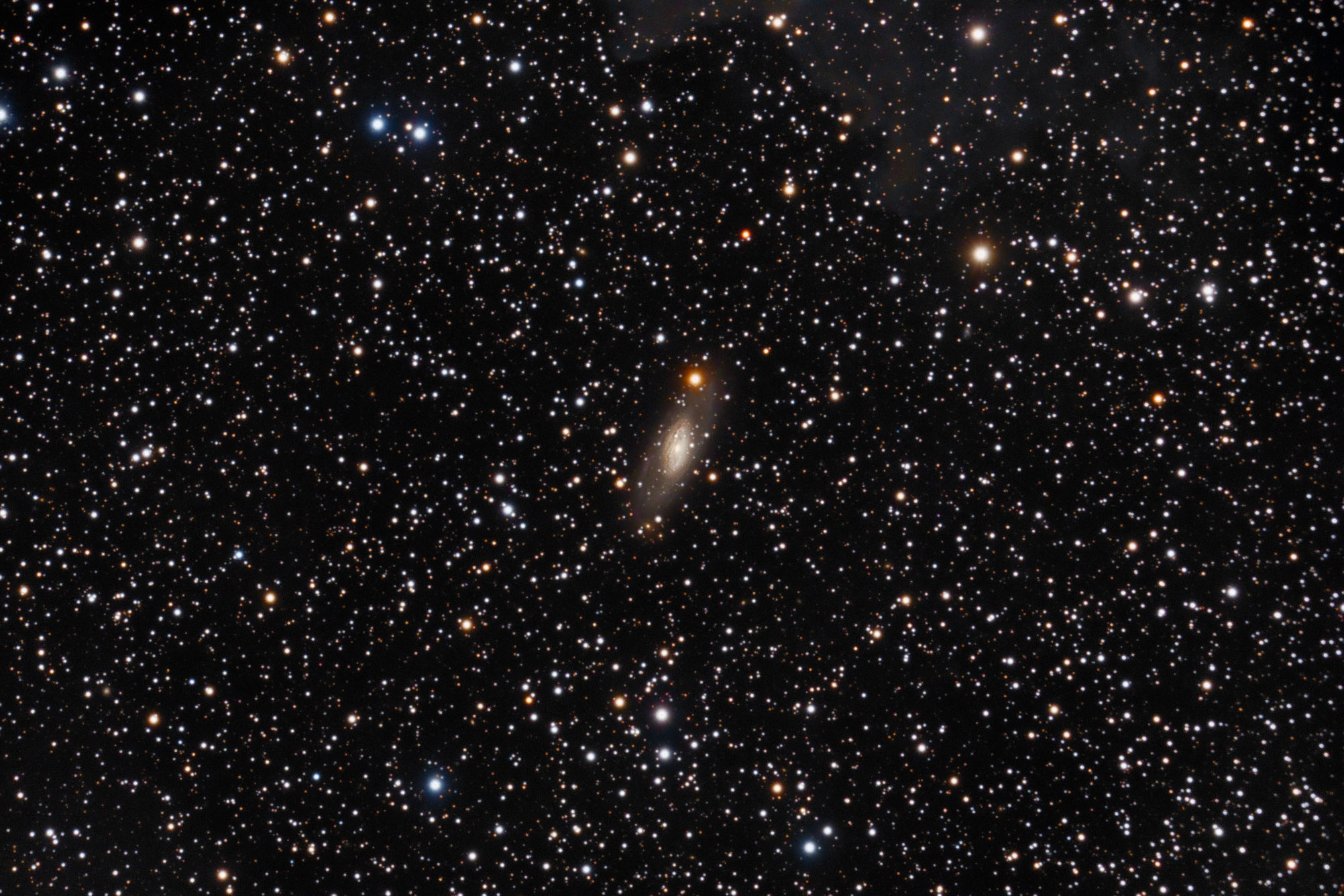 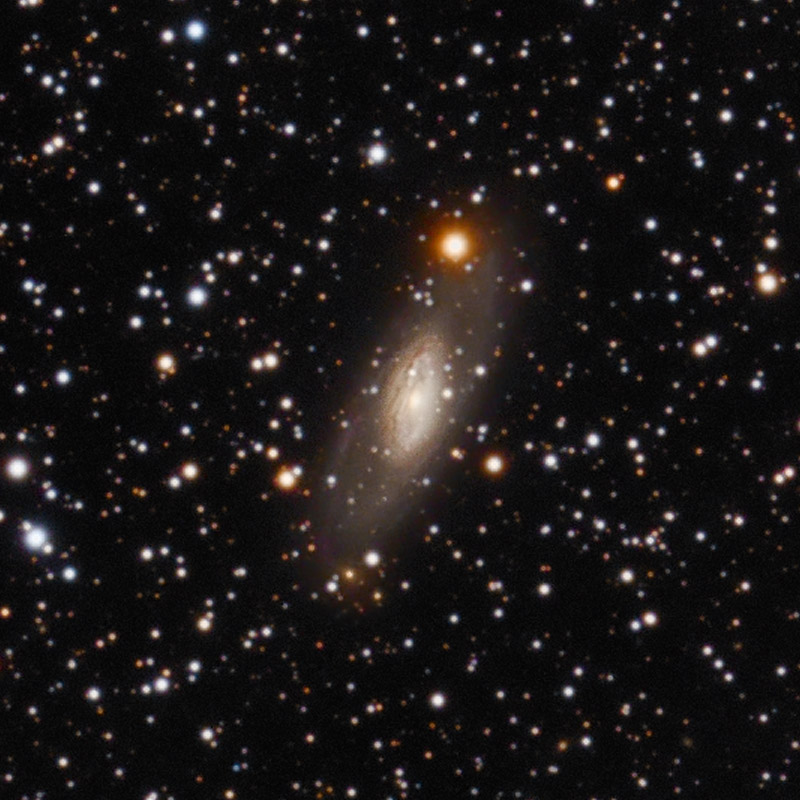