NGC 7023 is a reflection nebula about 1300 light years from us. If the distance is correct then the nebula is some 6 light-years across. It has a few hints of emission pink in it. Like all my images of late it is bothered by moonlight so doesn\'t go as deep or show as strong color as I\'d like. Being in Cepheus it is too far west until next winter. To help with the moonlight I used 110 minutes of luminosity data but only 20 in each color. That\'s not enough to pick up subtle color hues of the fainter HII regions in this nebula. The nebula was discovered by William Herschel on October 18, 1794. It is in the second edition of the Herschel 400 Observing Program. My log of that vanished in the move up to Minnesota from Nebraska. The illuminating star is HD 200775 a Be (emission line) star. It has been contracting some 100,000 to become a main sequence star and is thought to have 5 to 15 times the sun\'s mass. Once it reaches the main sequence it will likely live about 100 million years. If at the higher mass then it would live a shorter life which could end in a supernova. 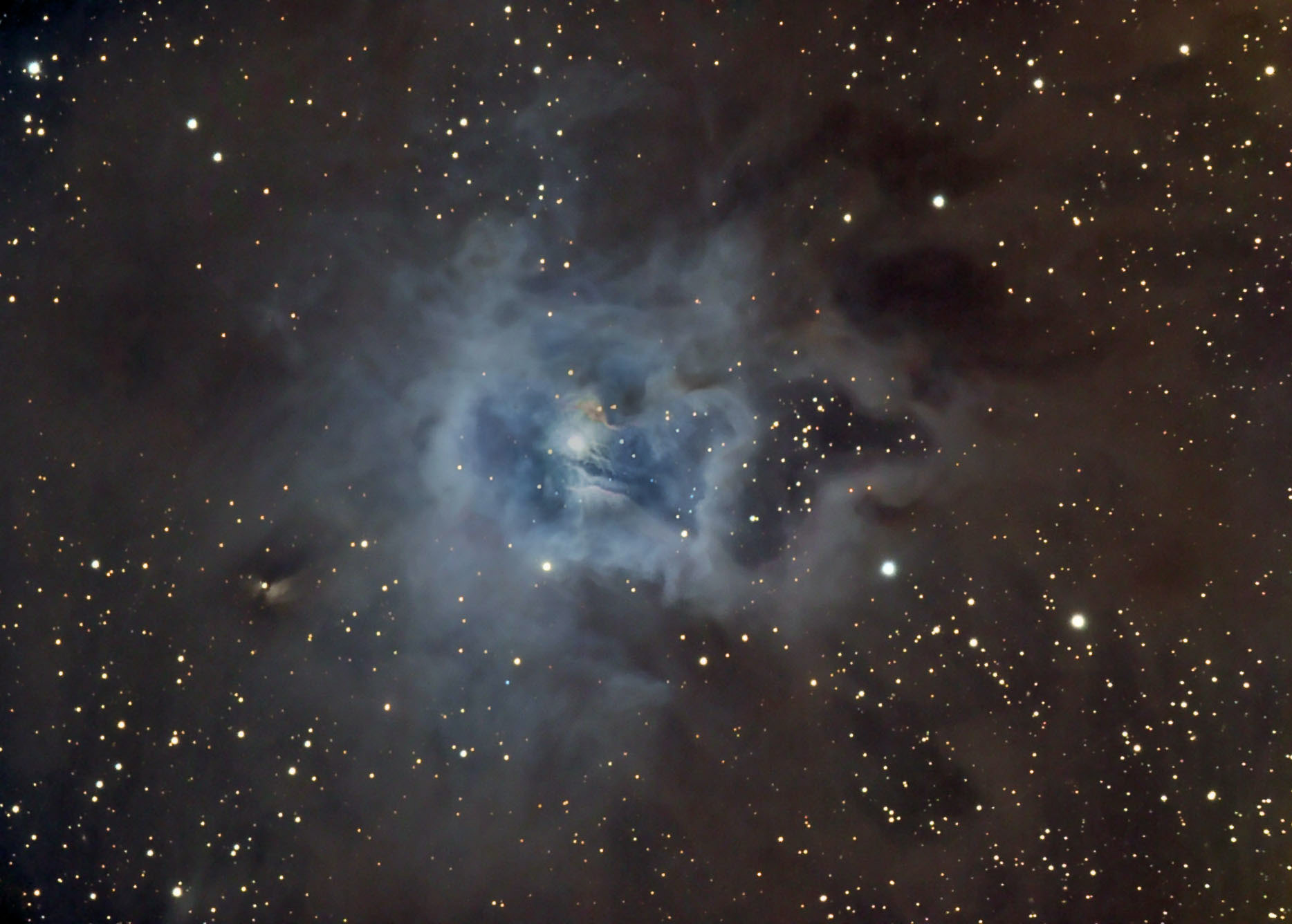