NGC 7026 is a bipolar (maybe multi-polar) planetary nebula in the tail of Cygnus the Swan. Distances to planetary nebula are hard to determine. I\'ve seen a wide range from 0.75 kpc to about 2 kpc. 1.90 kpc seems to be a reasonable median value of modern estimates. For the parsec impaired that is about 6,200 light-years. Give or take quite a bit. It is sometimes called the \"Cheeseburger Nebula\" though I can\'t see how it got that name. It was discovered by Sherburne Burnham on July 6, 1873.

This one is quite small, less than 30\" of arc in its longest dimension. I\'ve had to wait many years for seeing to be good enough to try 0.5\" per pixel resolution when imaging it. Then I managed to underestimate how bright it was and pretty well saturated the brightest parts which made the central star far more difficult than it should be. This also cost detail in the brightest regions. I normally use 20 minute subs when working at 0.5\" per pixel but cut that back to 10 knowing it was bright. I should have used about 3 or 4 minutes to best show the brightest regions. This one is much like M42 in that it needs short exposure time for the brightest part but other areas benefit from much longer sky limited exposures. If I ever get sufficient seeing again I\'ll have to give it another try. For now, this will have to do.

There\'s not much to see in the full image but the planetary and lots of stars. I adjusted the stretch to knock down the stars as much as possible. This may have cost me some background galaxies though I suspect little gets through the dense dust in this area of our galaxy.

The full image is huge at 4008x2672 pixels. This was cropped to 3500x2500 to meet size limits of the website where the image was originally stored. Nothing but random stars were lost by this. I\'ve also included an 800x800 pixel crop which again loses only field stars. All are at 0.5\" per pixel, same as I imaged it.

This one is occasionally seen on the net. Those few show more red than I got. That is in the areas I nearly saturated so I assume that\'s why I lost the red. In turn, I picked up blue regions not seen on most internet postings of it that I\'ve seen. This one, as mentioned above, needs two different exposures as it covers such a wide luminance range, too much for my CCD. It will have to do for now however as sufficient seeing is super rare here of late.

Unfortunately while seeing was great this night we had very high (over 70 kph) east winds (nasty storm approaching) which bounced the scope elongating stars. I normally don\'t open such nights but seeing was great so I had to give it a try and risk something smashing into the scope. Odd too in that high winds usually means horrid seeing. I had to apply some correction to the stars due to the issues the wind created (mostly on one slightly diagonal axis). So the stars are a bit wonky as I did this globally rather than each star individually since there were too many for that approach. 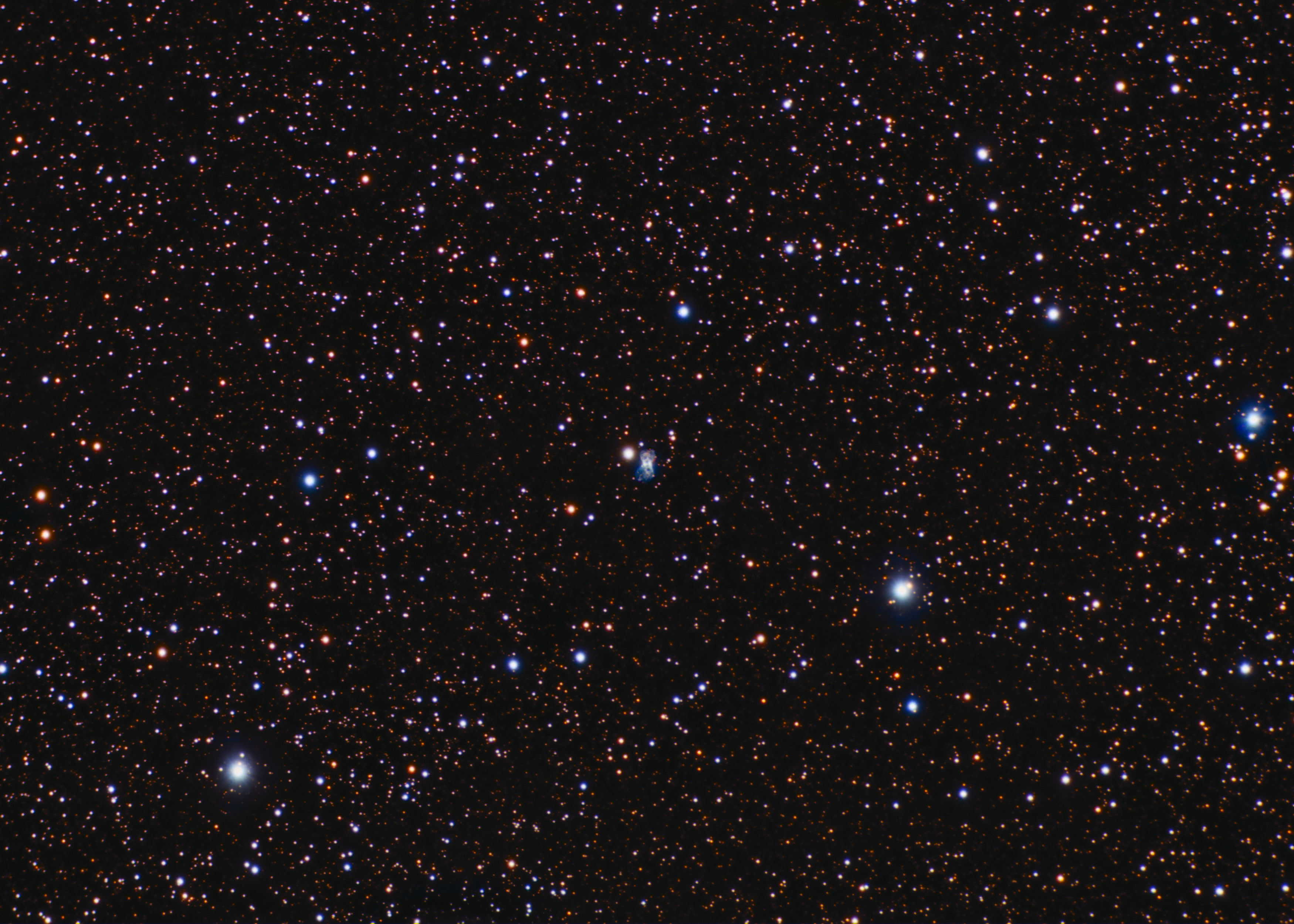 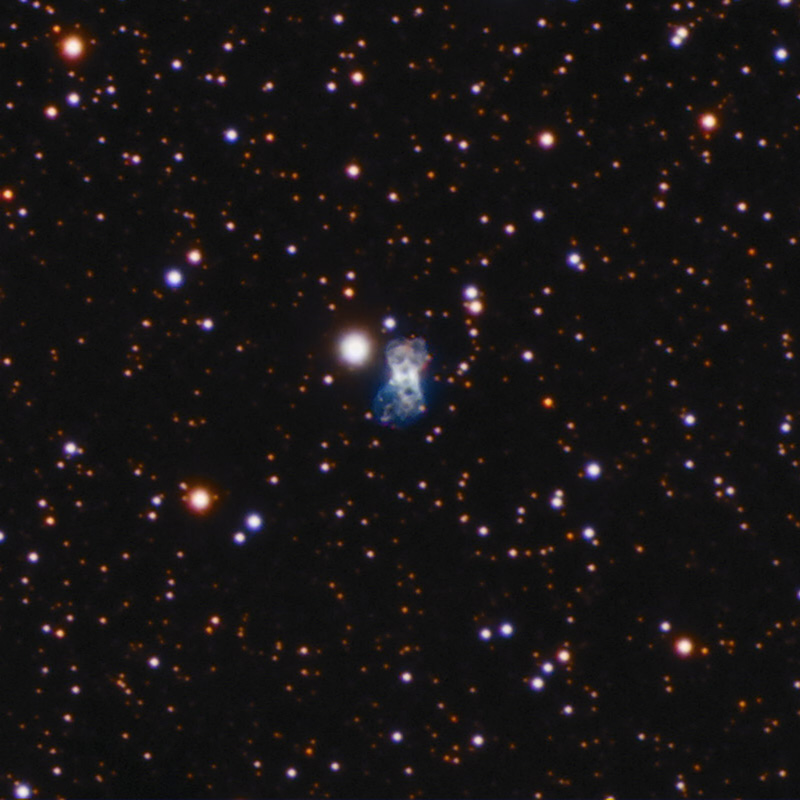