NGC 7042 and 7043 are a pair of spiral galaxies in southwest Pegasus just above Equuleus and east of Delphinus about 220 million light-years distant. Both are rather strange once you look closely. NGC 7042 while listed simply as Sb by NED and the NGC Project, it is Sb? at Seligman. At first glance, it appears rather normal but look closely. One arm comes off tangentially to the bottom of the core, no other arm comes from the core, they all seem to come from this one arm. First, a second bright arm comes off of it before it has gone very far. A bit further along and a faint arm comes off that stays above the first split off arm to the north but on the east side the two cross. The bright arm ends soon after the crossing after making a sharp left turn. The fainter arm is now much brighter and continues on around to make a near full circle before hitting an orange star. Beyond the star, it continues well past its starting point this time outside of the one arm that started everything but as a rather diffuse arc. The area between arms seems full of very red dust. In short, it is quite weird once you look at it. The galaxy was discovered by William Herschel on October 16, 1784 and is listed in the second Herschel 400 observing program.

NGC 7043 is sometimes listed as nonexistent after it failed to show up on the edge of a very poor photographic plate full of defects that was also very underexposed. Even the big boys screw up an image! It is listed as SBa: by NED, SB:a by The NGC Project (likely a typo for where the colon appears and SBa? by Seligman. The bar is very short and spawns two strong arms that would form a perfect right but for something going very wrong to the southwest where it suddenly turns into a squiggle. Its redshift puts it slightly closer than NGC 7042 but I suspect they are really at about the same distance. The weird arms of 7042 and the failed ring of 7043 may be due to interaction between the two. NGC 7043 was discovered by Albert Marth on August 18, 1863.

The only other object with redshift data is the BL LAC object shown on the annotated image near the bottom center. The position given by NED and several object ID\'s for it is for a position several seconds west of an orange galaxy that is the right magnitude though the error bar for the position is much smaller than the real error if it is the object. One ID, the one I used on the annotated image, gives the position of the object so I assume I\'ve got it right. NED lists it as a quasar which are often blue but also as a BL Lac object. The actual BL LAC is a bright huge elliptical galaxy that appears nearly starlike. Being elliptical galaxies they can be red like this but I\'m seeing it as galaxy rather than the quasar NED says it is. 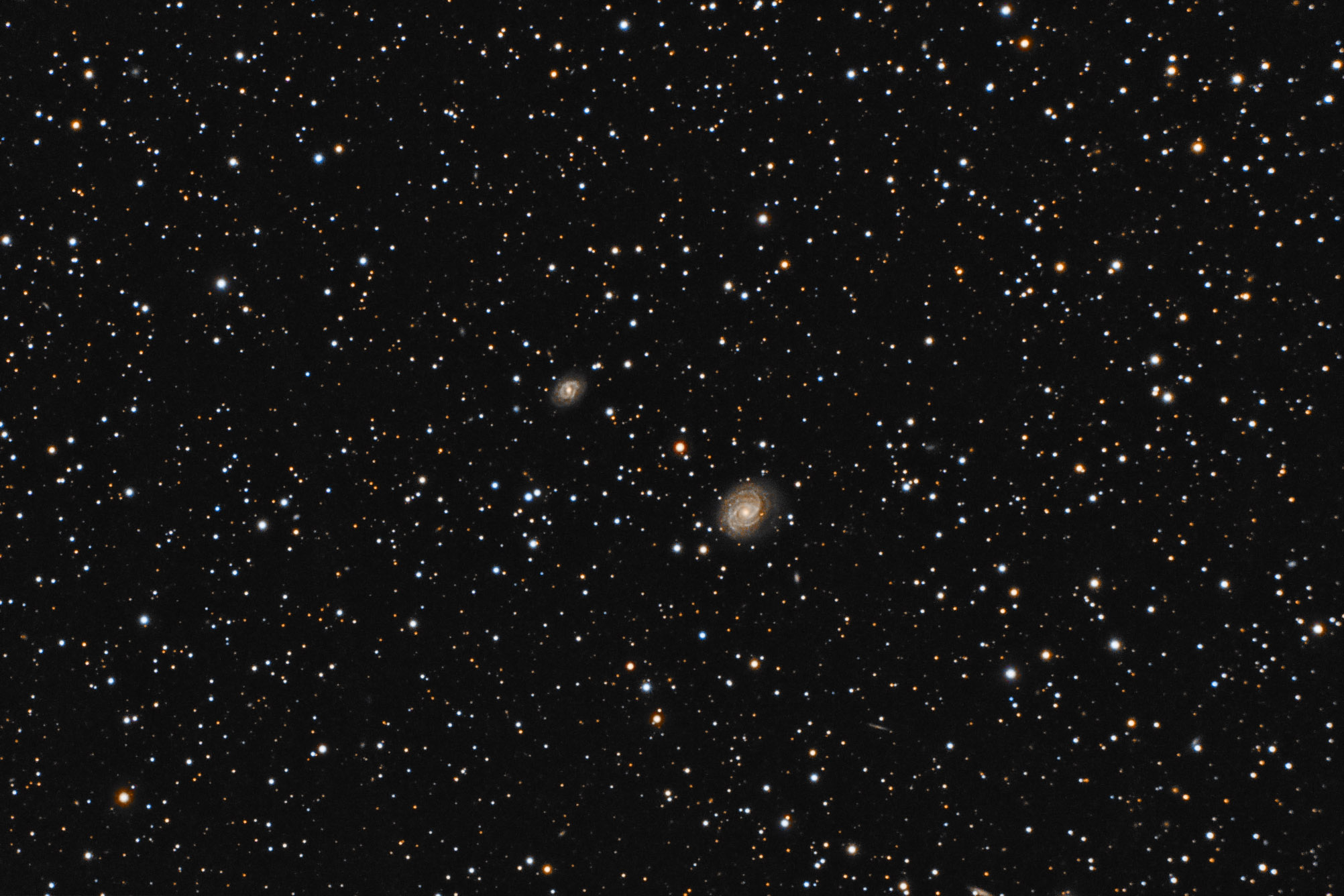 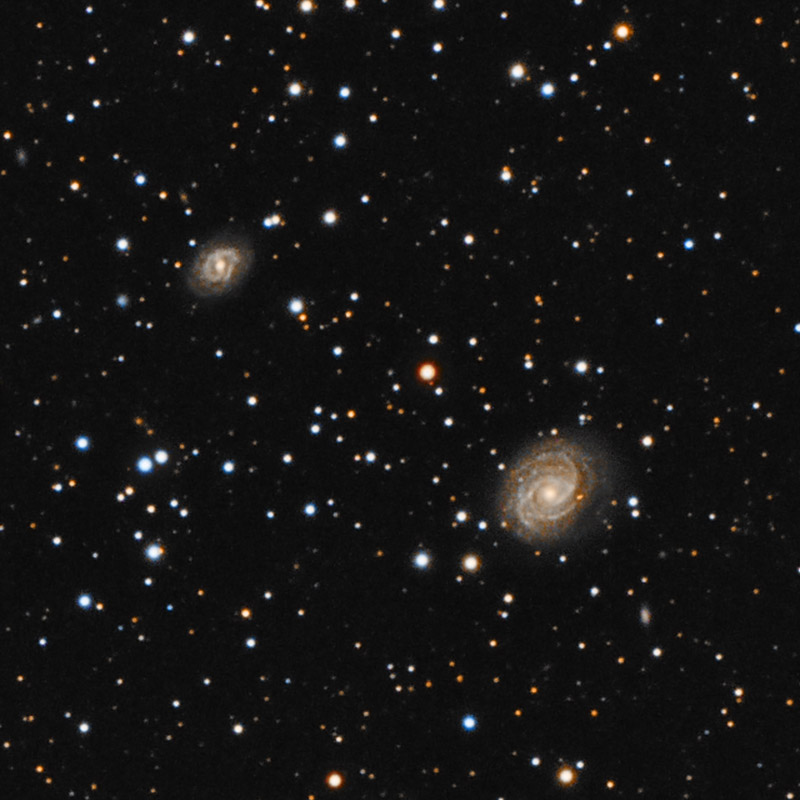 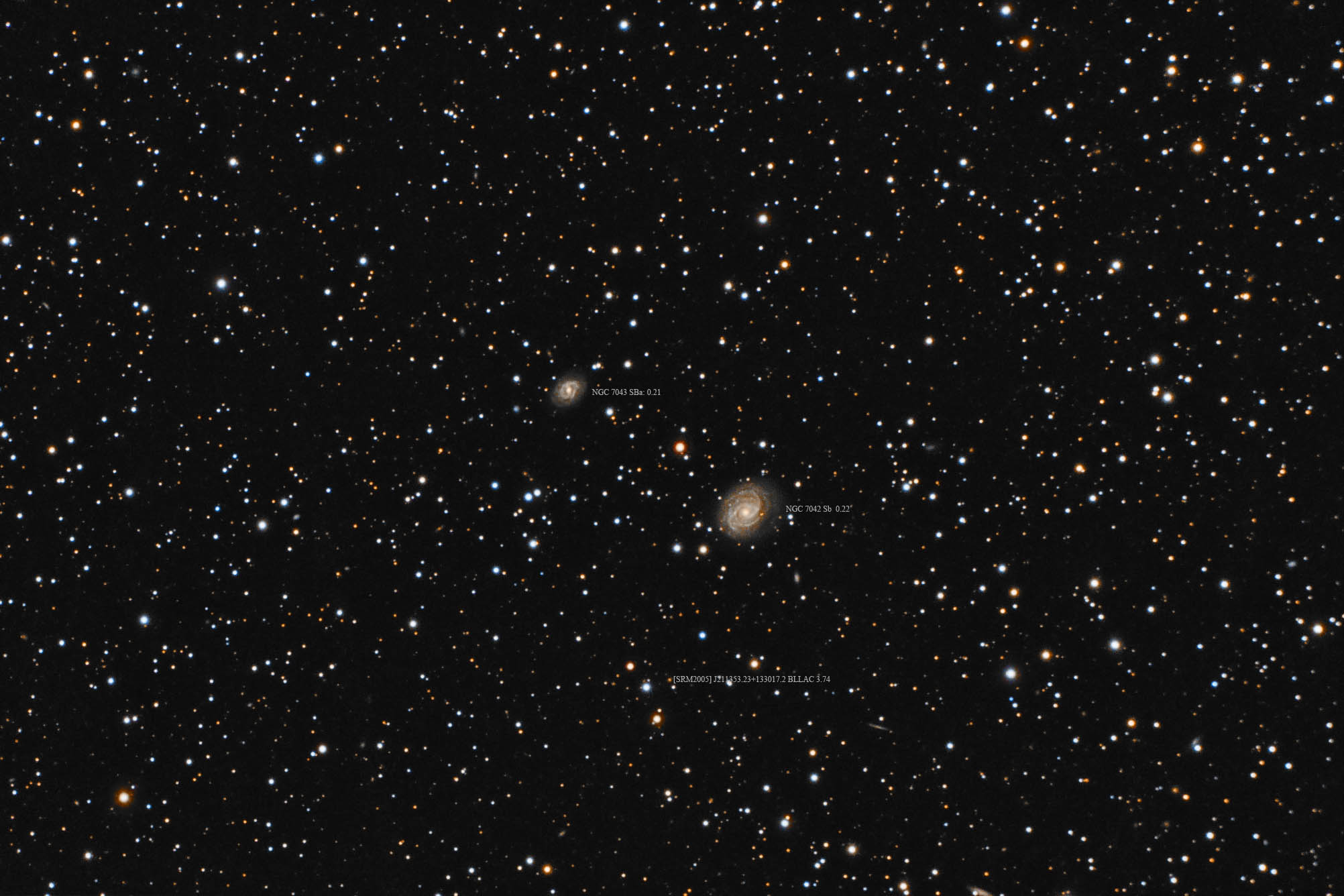