NGC 7062 is a small open cluster in northeastern Cygnus about 2.5 degrees south-southwest of M39. WEBDA gives it a distance of about 4,800 light-years and an age of about 300 million years. That\'s old enough some of the most massive stars could have turned into red giants. Whether the red stars seen in the cluster are such members I can\'t say. I didn\'t find anything on that. The cluster was discovered by William Herschel on October 19, 1788 using his 18.7\" reflector. Thus I imaged it as part of my quest for those in the Herschel 400 list I can reach at my latitude. This one is rather well suited to my limited field of view.

My visual observation notes from June 14, 1985 using my 10\" f/5 reflector on a fair but humid night at up to 180x reads: \"Irregular, somewhat diamond shaped open cluster tucked between two bright stars.\" I\'m not sure what two stars I meant. Probably the blue on the lower right side of the cluster and the more white one at the same declination on the left side. Don\'t seem so obviously bright in this image, however. Digital images seem to flatten magnitude ranges to fit them into the limited range of a computer monitor.

Note the fall off of stars on the eastern (left) side of the image especially toward the top. This appears to be LDN 980 a rather ill-defined dark nebula. Though it is centered southeast of the cluster out of my frame. 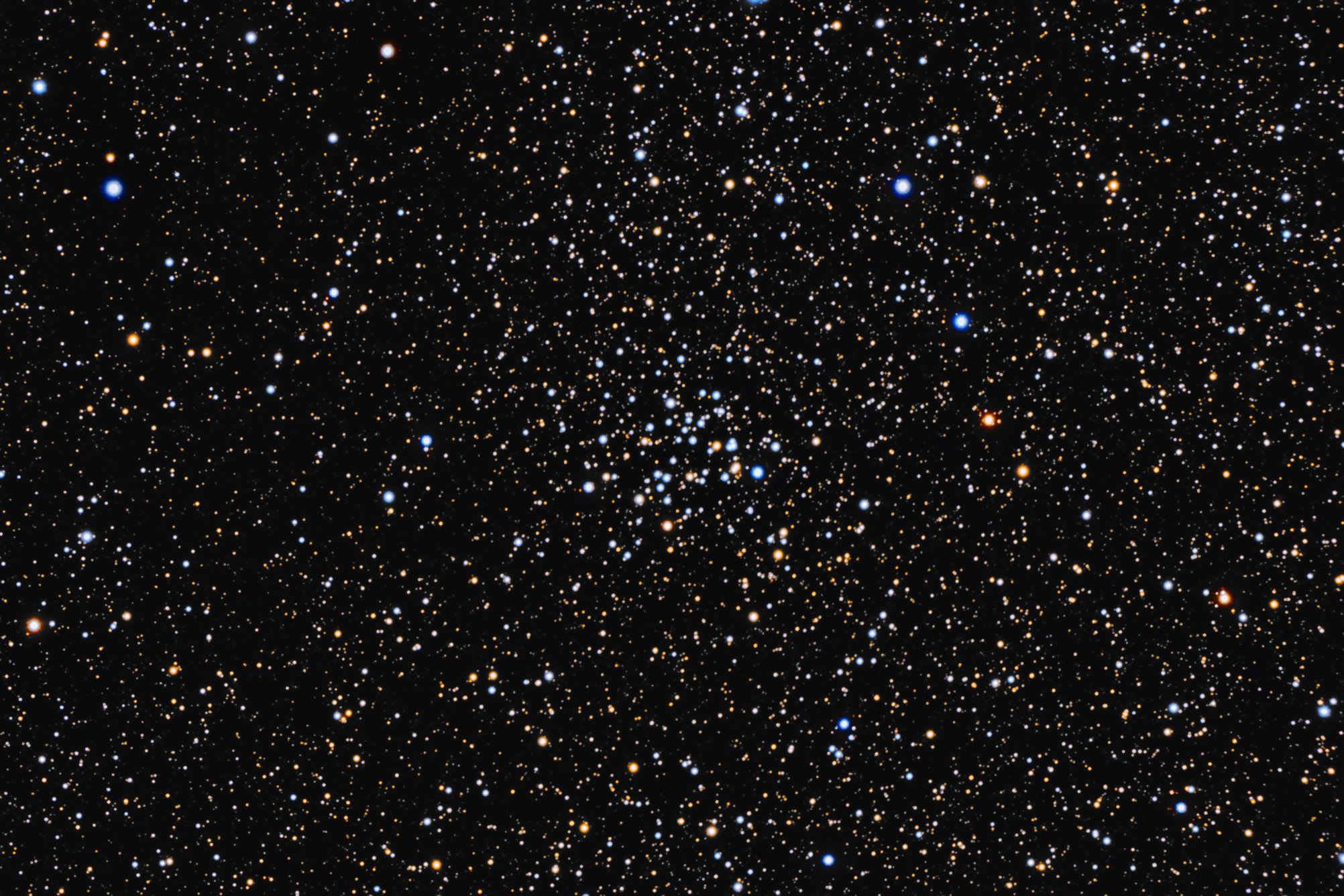