The galaxy has two main arms that appear rather normal though the one to the west does split into two. In the southern part of the galaxy, a dark cloud cuts horizontally across the galaxy and has a bright horizontal region above it. The bright region has a diagonal dark cloud set its left side off from the spiral arm it would otherwise cross. On the other side, it seems to pick up again only fainter but then curves north toward the outer edge of the galaxy while the dark cloud below it ends abruptly. M63 has a similar dark cloud that is thought to have been caused by dust left behind by a dwarf it is digesting the remains of which may be to the west side of M63 as a squiggle of a galaxy. In the case of NGC 7132, I don\'t see any remains though other parts of the galaxy\'s bright regions don\'t seem to conform to the structure of the two main arms as if the galaxy may be composed of two merging systems. Unfortunately, I can\'t find any papers discussing why it looks as it does much less supporting my hypothesis.

Only one other galaxy has redshift data at NED, it\'s the red spiral or S0 galaxy to the south, CGCG 427-023 which has a redshift similar to that of NGC 7132. Thus they are likely companions but it shows no distortions so I doubt it could be interacting with NGC 7132. I measure its size at a bit under 80,000 light-years. Assuming they are at the same distance then their separation is only 690,000 light-years.

With only two galaxies to annotate I wasn\'t going to prepare an annotated image but then three quasars, all quite distant at about 11 billion light-years did change my mind as they would be impossible to point out otherwise. A fourth at a similar redshift is just out of the field to the south.

A couple other galaxies are obvious in the field beside the usual faint background fuzzies. I\'ve labeled them as well but with no redshift, I used a question mark for that field. 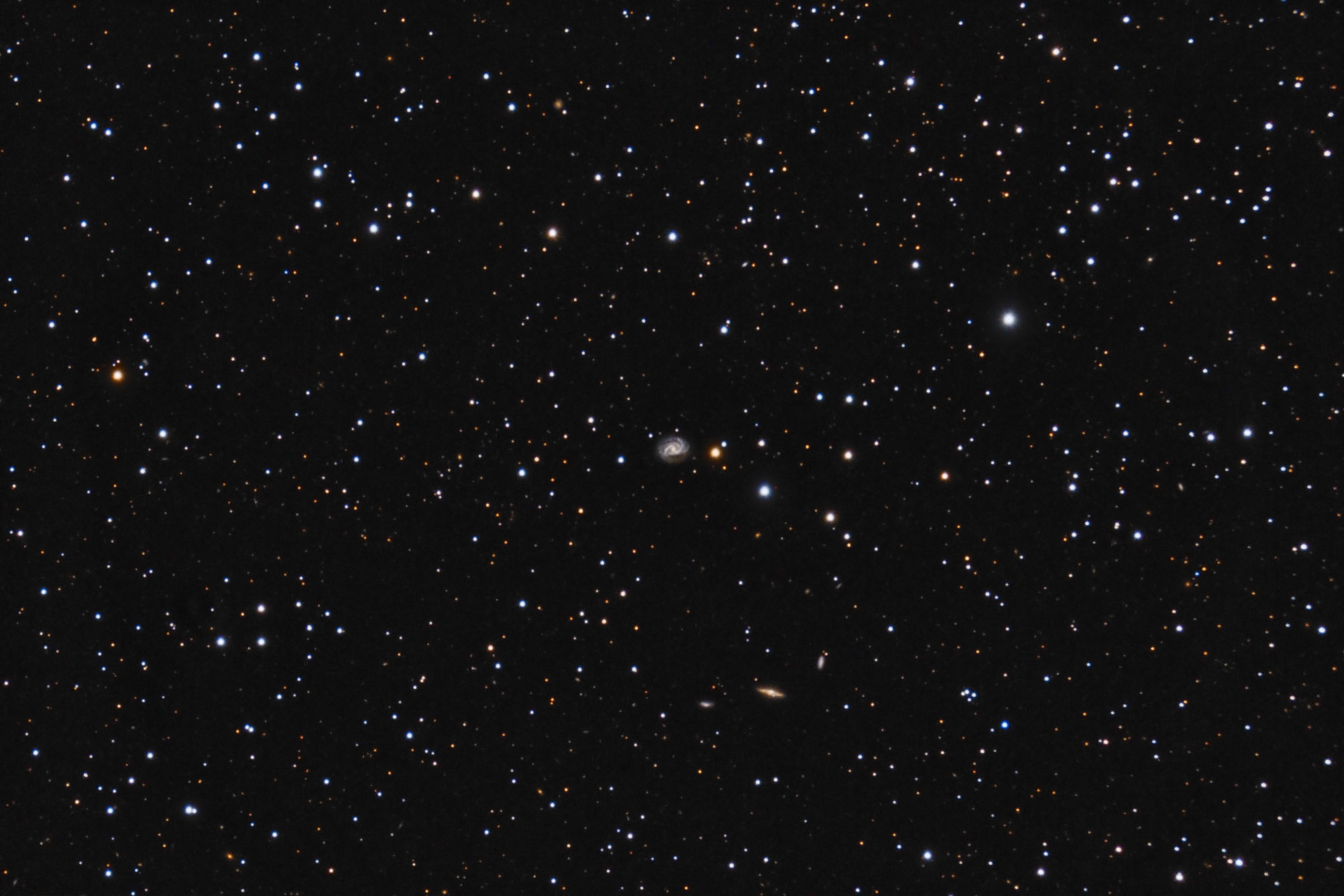 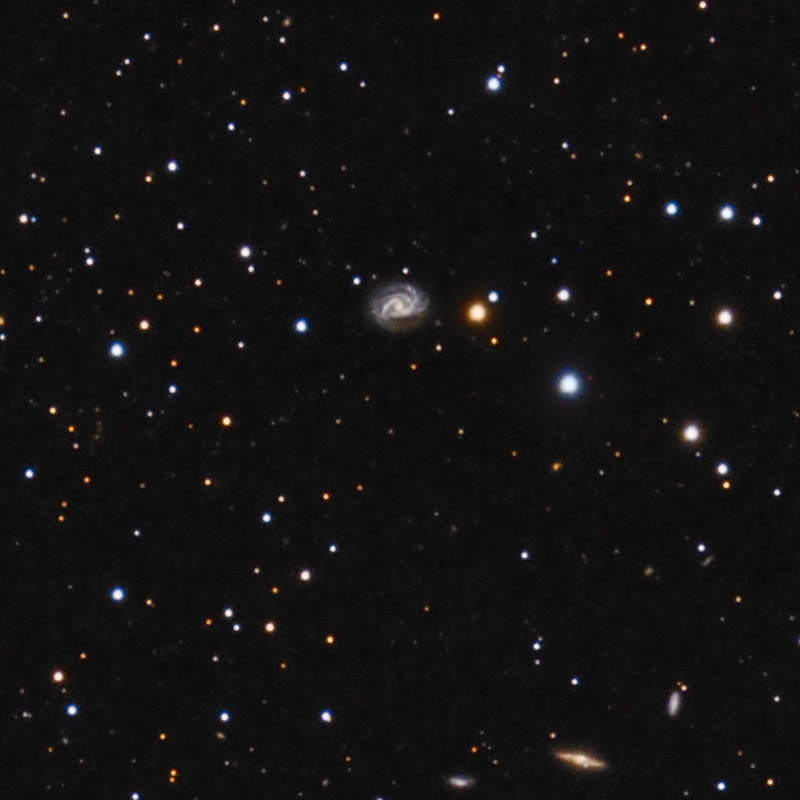 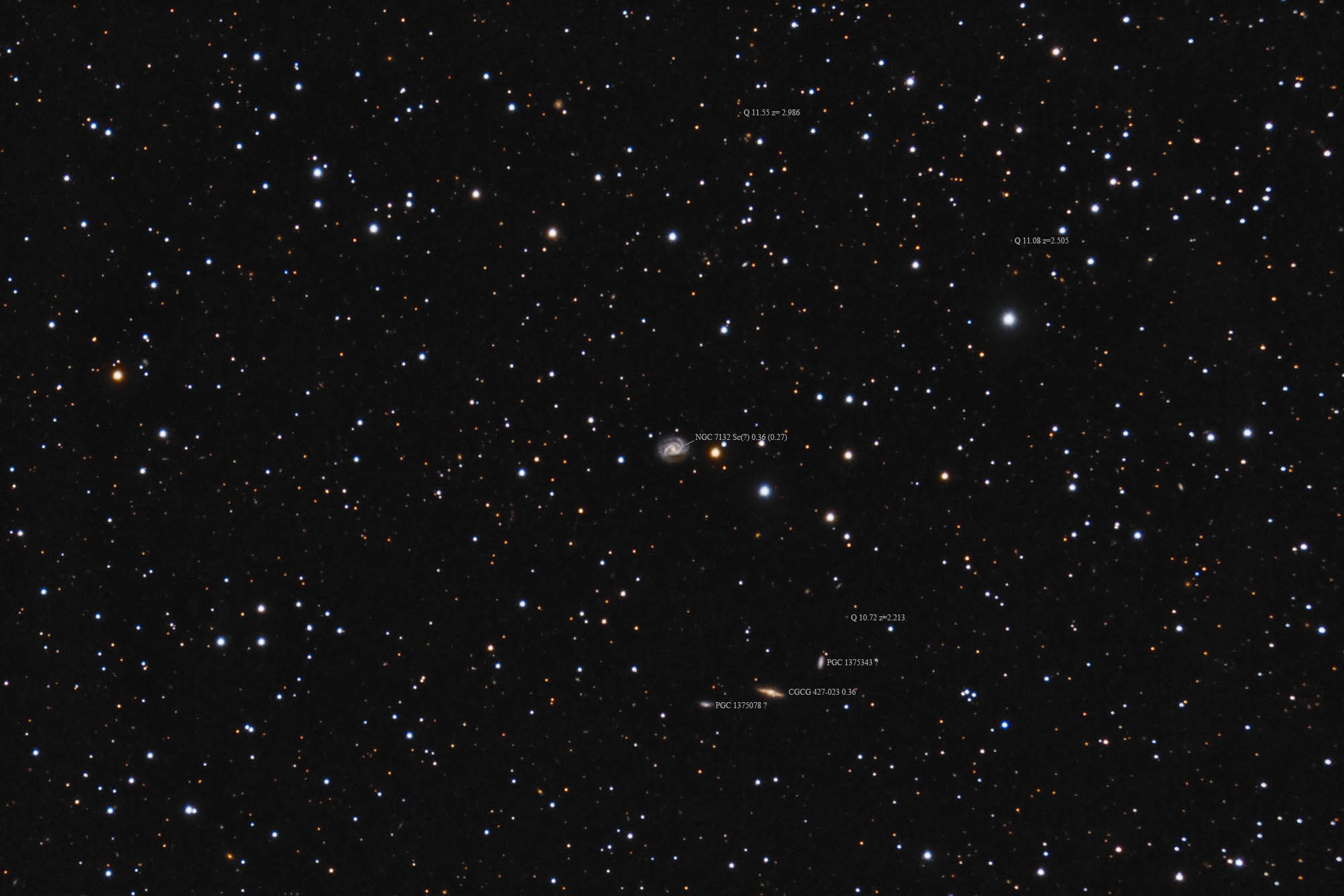