NGC 7137 is a spiral galaxy in western Pegasus about 11 degrees north of M15. Redshift puts it 62 million light-years distant. A single Tully-Fisher estimate from 1988 puts it 82 million light-years away but has large error bars. It is classified as SAB(rs)c at NED while the NGC project just says S... whatever that means. Seligman says SBc? so there seems a slight difference of opinion about it. I\'m not sure I even see it as barred. It is surrounded by a large faint, reddish halo of stars all papers seem to ignore that I saw. Using the redshift distance and including the halo, it is a bit over 40,000 light-years across. Some papers have said only 10 or 15 thousand. I don\'t know where they get that. Even if I use just the bright spiral section it is 18,000 light-years across by my measurement.

Being located in eastern Pegasus it isn\'t all that surprising to find some IFN in the image as I\'ve found it in other images I\'ve taken in this part of the sky. The brightest portion is to the northwestern corner of the image though fainter pieces are scattered elsewhere, mostly to the north. The galaxy was discovered by William Herschel on November 17, 1784, but didn\'t make either of the Herschel 400 observing programs for some reason. It certainly is bright enough at 13.0 magnitude and is very compact for a high surface brightness. Though it would be a challenge in an 8\" scope. I\'ve never looked for it visually which I find surprising.

NGC 7137 made it to my to-do list as a three-armed spiral according to a paper I saw. I looked at it in the POSS images and agreed. Since Arp had a category for 3 armed spirals but didn\'t include it I had to put it on the list. I never expected what I got. It has three arms, sort of, but each is very different. The one on the east is most typical but comes off of the core on a short side. That is, the core is oval east-west and it comes from above the north side of the core. If there\'s a bar it must run mostly east-west. The arm, however, is rather mottled with several star clusters. The arm on the west is shorter and comes from well below the south side of the core. In fact, the third arm starts between it and the core. The second arm, like the first, has hints of star clouds. The third arm however quickly breaks up into many star clouds, more than a dozen in fact. One paper came sort of close to describing what I saw when it says: \"The disk is filled with arms which on one side break into six separate fragments; in contrast, there is but one major arm on the opposite side.\" I can\'t quite square that, especially the 6 fragments as I see over 12. This is one strange galaxy, even for a three-armed one. Stranger than the three he put into his atlas. But he worked from the POSS plates in many cases and those didn\'t begin to show how odd this one is. They make it look pretty typical and totally miss the large somewhat red halo around this blue galaxy. The bright portion is somewhat off center to the western side of the halo. I wonder if that indicates this odd structure of a flocculent galaxy with two rather normal arms is due to a merger in the recent past. Nothing I saw in any paper even hinted at this.

The blue galaxy 10 minutes nearly due west of NGC 7137 is UGC 11813, it is listed as being an Im: galaxy with a redshift distance of 69 million light-years so likely part of the group that NGC 7137 belongs to. No other galaxy in the image has redshift data so I didn\'t bother to prepare an annotated image.

This is my last August 2015 image. I\'m finally moving to September images. I\'m now only 3.5 months behind. I was 18 months behind a couple years ago. I\'m catching up thanks to rotten imaging weather the last two years. 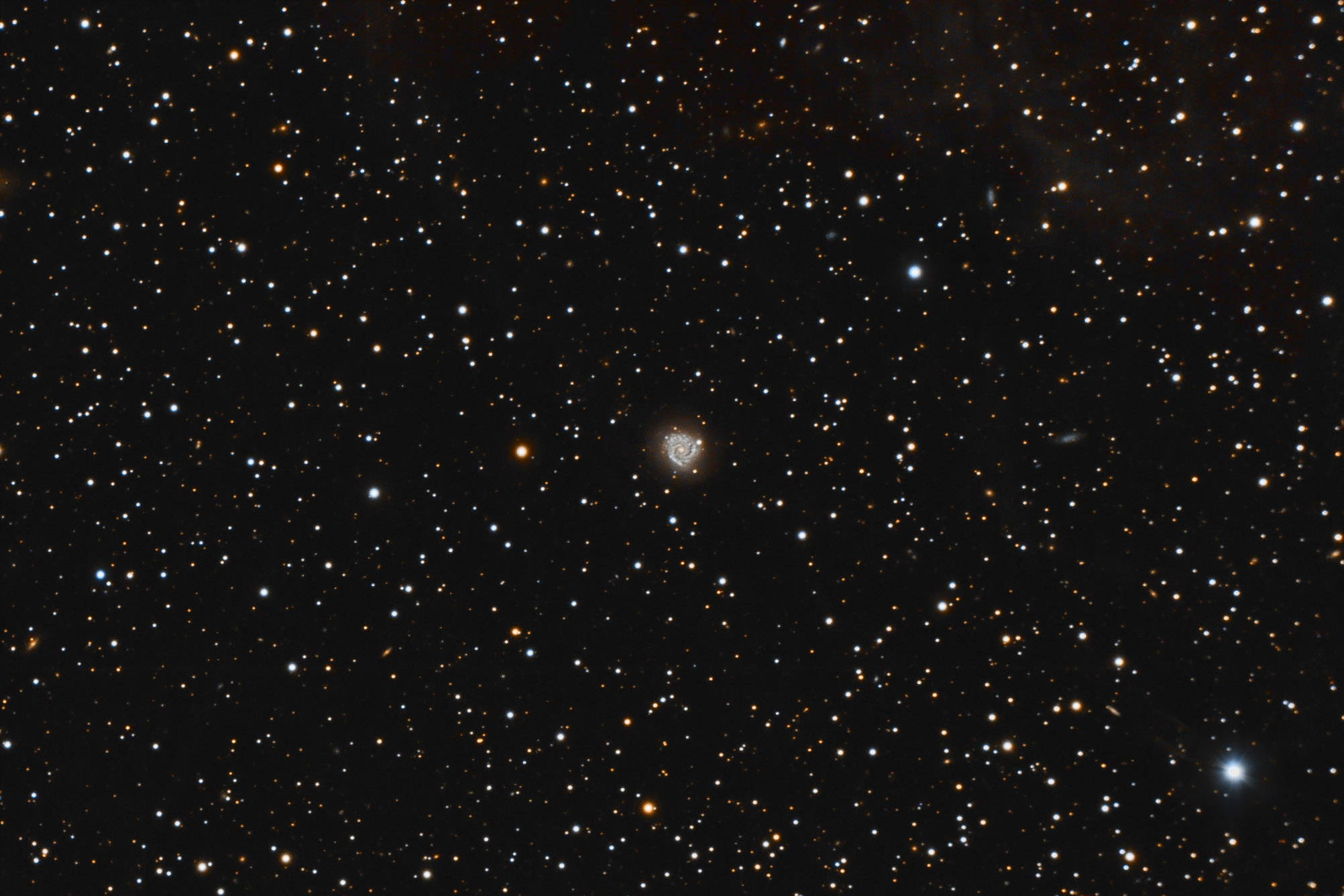 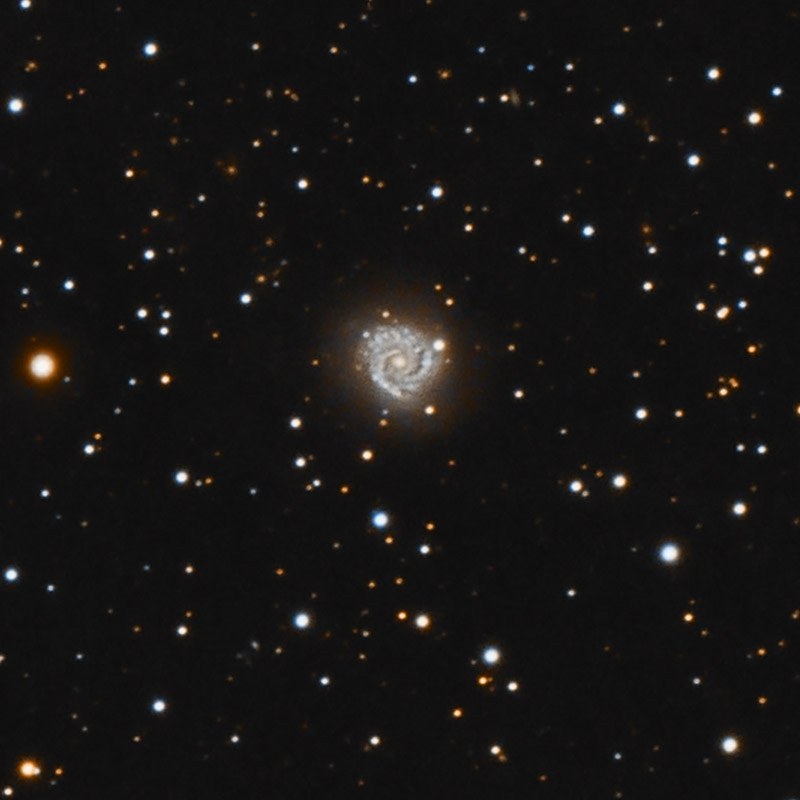