NGC 7160 is a rather coarse open cluster in Cepheus about 2570 light-years distant and 19 million years old according to WEBDA. Using a different source Wikipedia says it is 2400 light-years distant. The cluster is one of the objects in the original Herschel 400 list. My description from the list reads: \"Open cluster dominated by two bright \'eye\' stars and four lesser stars that distract from a scattering of much fainter stars. Scattered and poor but the \'eyes\' make it interesting.\" This from June 14, 1985 using my 10\" f/5 at 60x on a humid night. I didn\'t bother to retype it. The eye stars are B1V (lower) and B1IVe stars so super hot very short-lived massive stars. The lower is still on the main sequence while the brighter has likely already moved off the main sequence so is probably coming to the end of its short lifespan as it has entered the subgiant branch of the HR diagram. t is possible for a main sequence star to be a subgiant. I don\'t have enough information to say for sure it has left the main sequence due to age. Might be a result of its composition but I doubt it.

When I get a chance I will grab a Herschel 400 object. William Herschel found this one on November 9, 1787. The weather was lousy the night I took this, October 11, 2012. I managed to get only 2 luminance frames that were usable out of 6 taken, 2 of four red and blue frames and one of 8 green frames. I combined all 7 into a pseudo luminance frame. Clouds caused a glare over the cluster due to the bright stars. Color is highly suspect due to the bad conditions. If it were more interesting I\'d likely reshoot it but with so many yet to do and it\'s rather bland nature that isn\'t likely to happen. I probably should have just left it in mono. The two red frames had little glare but were hit by clouds. It\'s much nicer in the eyepiece than my camera. 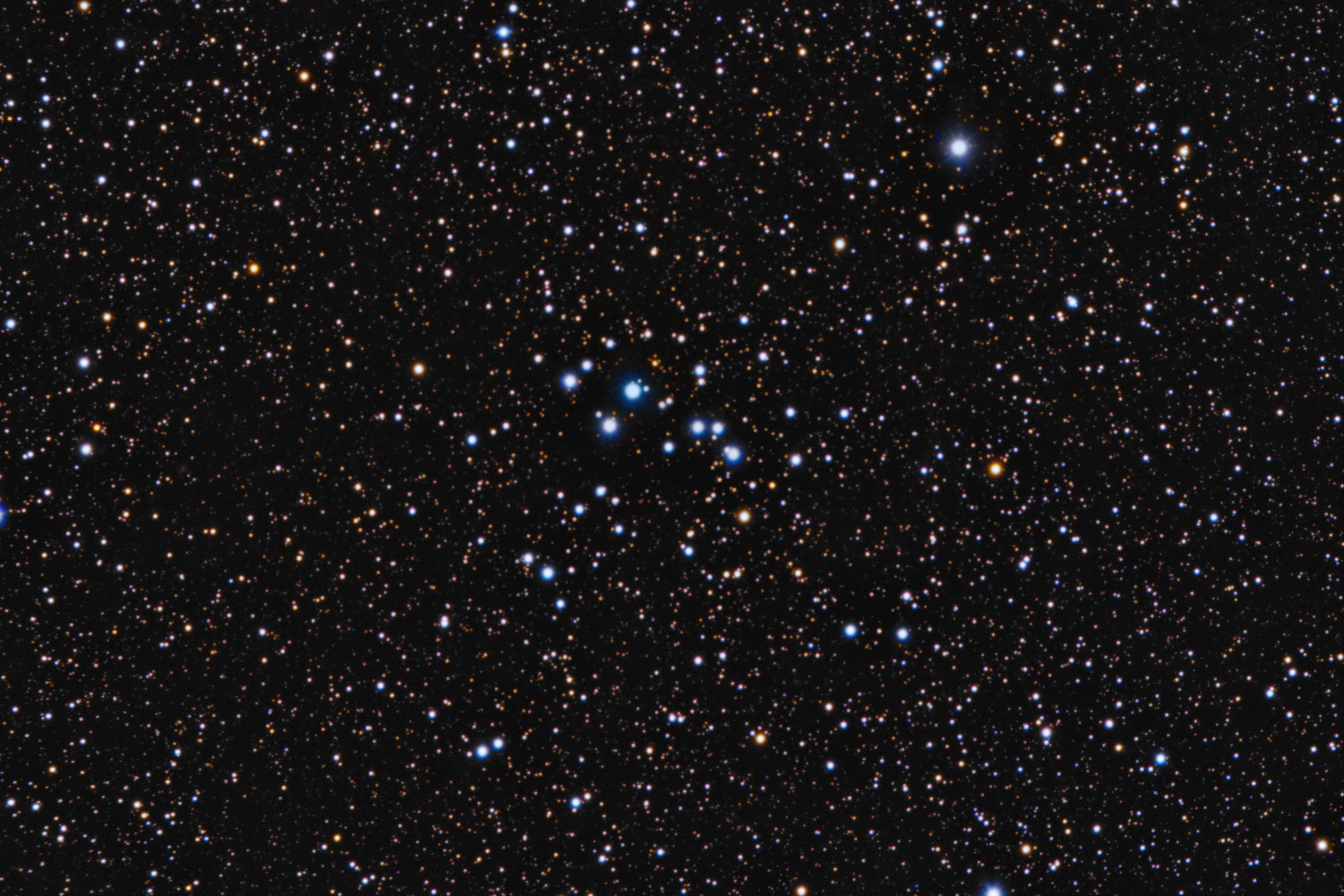