The galaxy appears rather face on in some respects but the elongation east-west when the bar runs close to north-south doesn\'t seem to fit. Either it is oddly distorted or seen more edge on that its inner ring structure would indicate. That is rather odd as it is made up of mainly one bright arm coming from the end of the northern bar. The galaxy is rather red indicating new star formation is rare except for some slightly blue knots at the edge of the galaxy\'s disk.

NGC 7177 was discovered by William Herschel on October 15, 1784. It made my imaging list because of its odd inner arm structure and its inclusion in the Herschel 400 II observing list. It is another one I have not logged visually though I\'m quite sure I\'ve seen it back in the early 80\'s before I had a field computer to log in such observations for the second H400 project.

I wasn\'t going to prepare an annotated image as NGC 7177 is the only galaxy in the field with redshift data and there are no asteroids in the image. But then I saw IC 5153 was in the image. That is a very strange object in that it is far too faint to have been discovered by Guillaume Bigourdan with the 12\" refractor he had available on September 30, 1891. When he recorded it he said it was \"extremely faint, perhaps a star; 9.5 magnitude star 1.4 arcmin to southeast\". According to my data, the galaxy is about magnitude 17.3 but the star just below it is magnitude 15.5. At 15.5 the star would just be at the limit of his scope. Thus it seems likely he just saw the star and got lucky that there is a galaxy next to it he couldn\'t have possibly seen. The 9.5 magnitude star is obvious to the lower left of the galaxy and star below it that he likely did see. NED says IC 5153 \"includes the superposed star.\" Seligman considers it just the star. I put the label on the galaxy. This galaxy is near the top of my image right of NGC 7177. 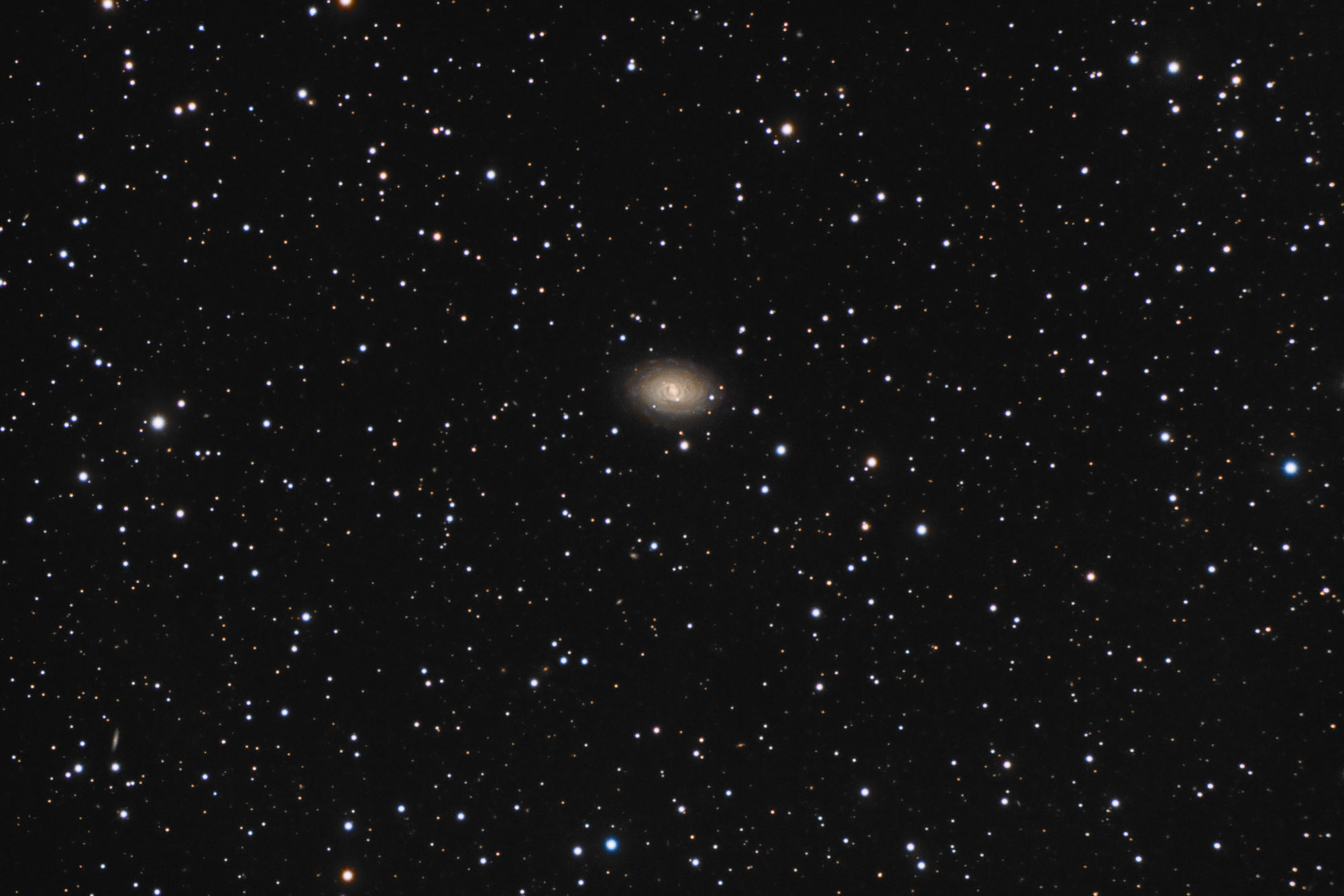 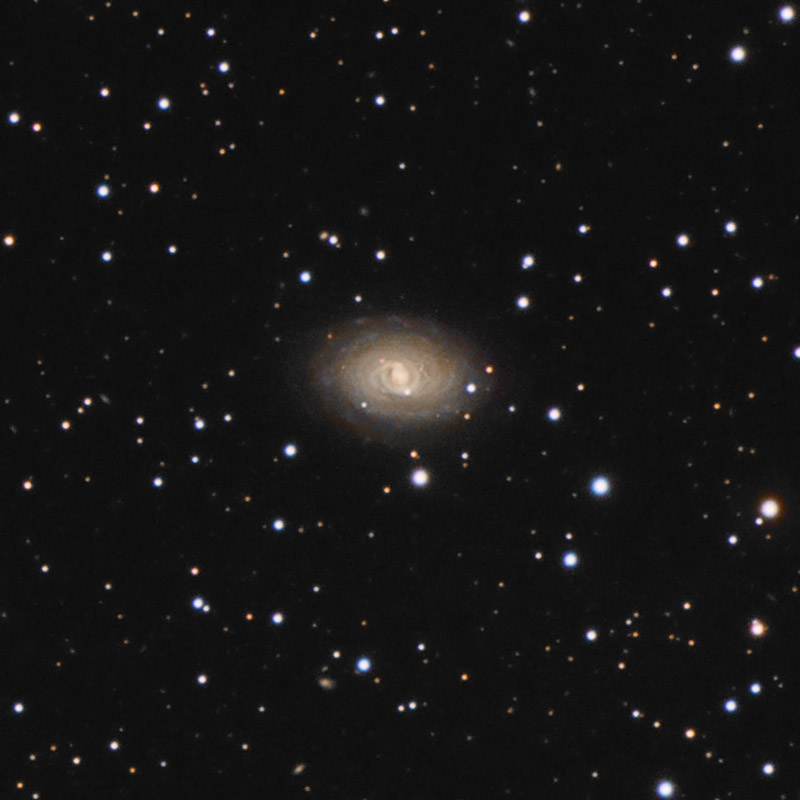 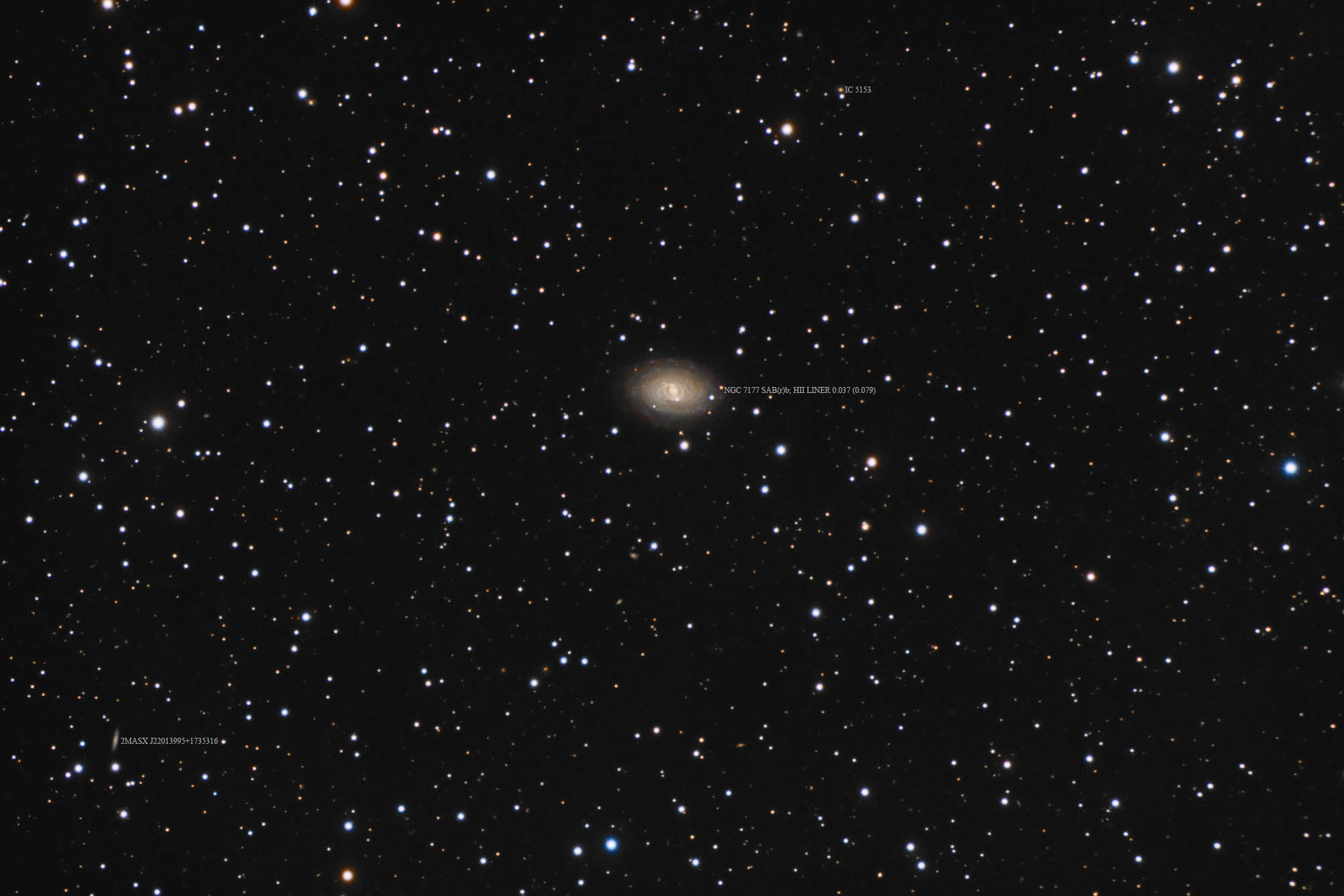