NGC 7209 is a type III1p open cluster in Lacerta discovered by William Herschel on October 19, 1788. It lies about 3800 light-years from us and is a bit over 400 million years old per WEBDA. It has two rather red stars near its center. Some amateur images call these carbon stars though I can\'t find anything to support this. My sources say the brighter is a K4 star while the fainter is a late G star. How late varies a bit. Neither are listed as being carbon stars. The Sky\'s database puts the K4 star at 5700 light years, SIMBAD says nearly 15,0000. Either way, it isn\'t likely a member. I can\'t find a distance for the G star in The Sky, Simbad puts it at 2100 light-years. I don\'t have error bars for either the cluster or star. I suppose it possible it is in the cluster as these distance determinations are usually pretty fuzzy. But it isn\'t a carbon star that I can find.

This cluster is in the original Herschel 400 list and thus was on my to-do list. When I went to process it I found all frames had a nasty reflection that at first fooled me into thinking it a nebulous patch near the cluster as it had interesting somewhat linear dark bands that were rather sharp-edged. Unlike most reflections that are rather fuzzy in detail. Still, I was unable to coax it out of any published image, some obviously quite deep. I found it nearly impossible to remove from the luminance data. It was far fainter in the color data, strongest in blue and nearly absent from the red. Even in the blue, it was faint enough I easily removed it. Thus, without a useable luminance, I just processed the 6 RGB images. That meant it doesn\'t go as deep as I normally do but considering the vast number of background stars cluttering the luminance frame that is actually a good thing. For so limited data it came out quite well. Though I\'m not sure why my system decided to take this low priority object on what appears to have been a better than average night. Though from my latitude it was nearly at the zenith so in my best seeing part of the sky when this was taken.

My visual notes from June 14, 1985 agree with the image. They were made under very humid conditions with fair to poor transparency and read: \"Large, bright, even but coarse cluster almost lost against a rich Milky Way background. This cluster stands out much better when I stopped the telescope down to 6\". It will be lost in anything much larger than my 10\" scope.\" Even limited to RGB data it is pretty well lost in this image with a 14\". 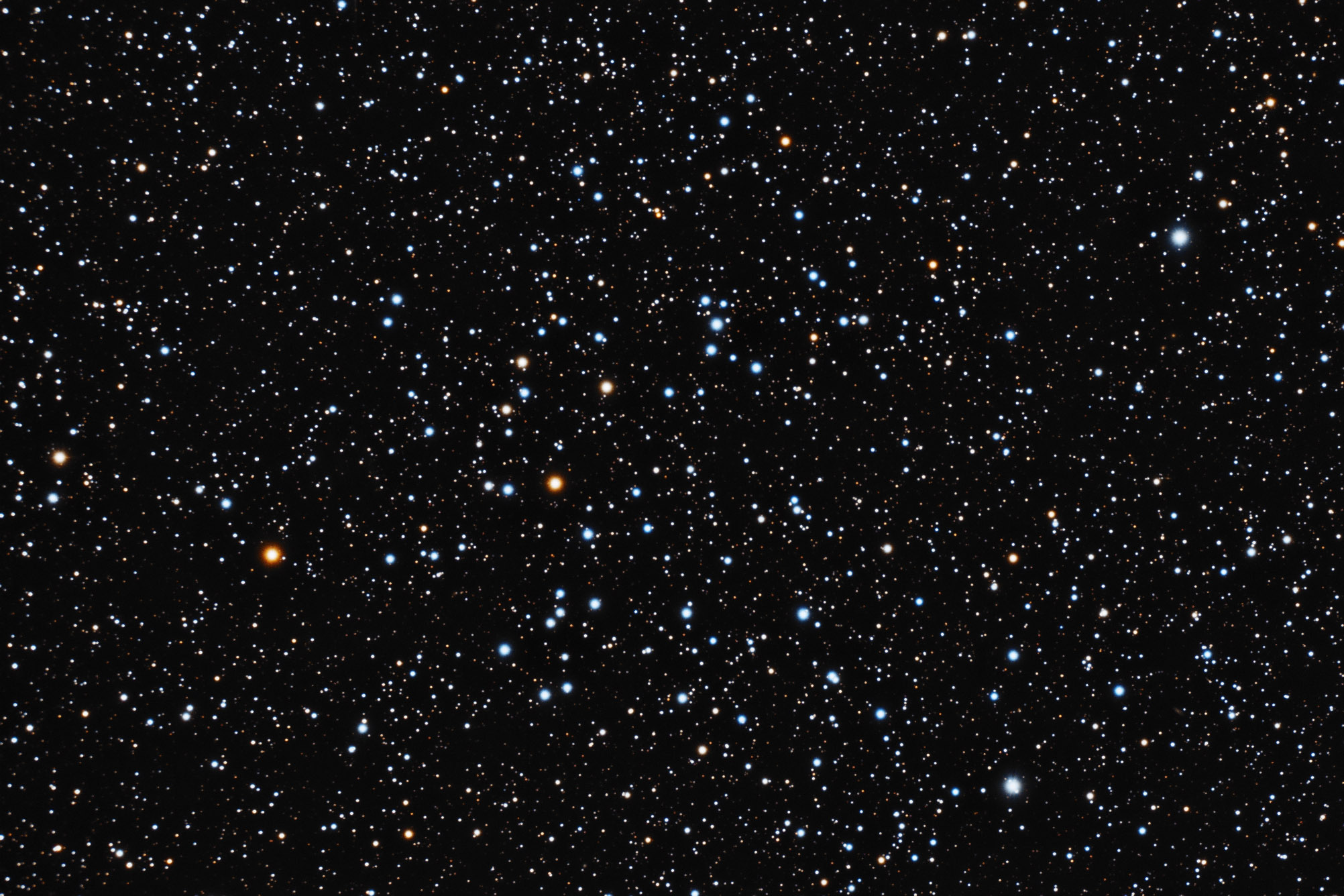