NGC 7212 is a train wreck of galaxies under the neck of Pegasus. It consists of three galaxies which most sources say are interacting. I\'ll agree two certainly are but the third may be but it is little distorted and has no redshift value I could find so I can\'t place it in the vicinity of the other two. The only thing going for it that I can see is it has an odd dust lane south of its core that appears to cut the southern part of the galaxy off as if a galactic chainsaw hit cut it off. The two galaxies with known redshift are about 350 million light-years from us.

The two obviously interacting galaxies have a mash-up of tidal plumes. They are both heavily distorted by the interaction. The northern small galaxy has a dust lane at an angle to its plane. NED doesn\'t try to classify any of the galaxies but does show the main one as a Seyfert 2 galaxy. The NGC Project lists the main one as Sb while Seligman says Sb?. I find it odd no one gives it the pec label. The galaxy was discovered by Lewis Swift on October 2, 1886.

To the south of NGC 7212 is what appears to be a pair of galaxies. They may just be in the same line of sight or interacting. It\'s hard to tell. NED just identifies the pair with one entry as an UltraViolet Source with no further information.

Near the bottom of the image right of center is a short asteroid trail left by (84094) 2002 QB47 at magnitude 17.4. With nothing else with any useful information, I didn\'t prepare an annotated image. 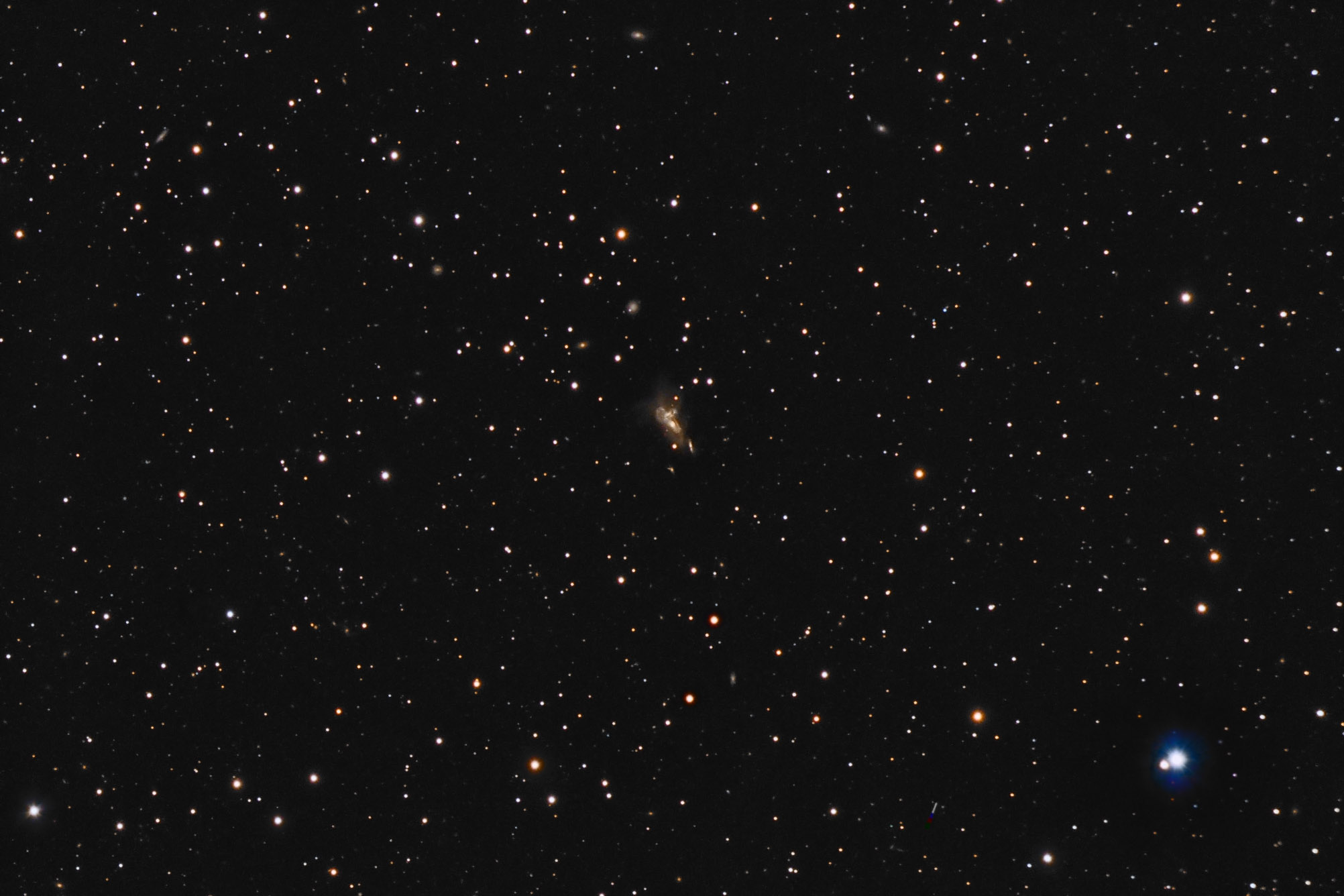 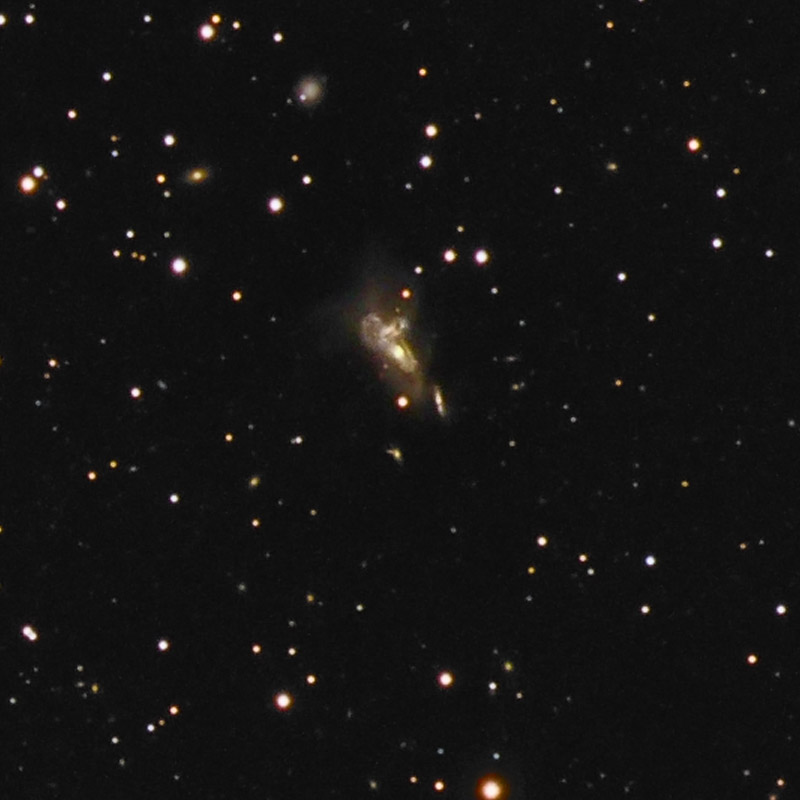