NGC 7234 was discovered by William Herschel on October 16, 1787 but when his sister reduced his coordinates she made an error. She referenced a vacant piece of sky just below my image. Thus many catalogs list NGC 7234 as non-existent. Not finding anything at his dad\'s position as recorded by his aunt John Herschel found and recorded the cluster at its correct position on September 24, 1829 which he included in his General Catalog. Unfortunately, when John prepared his General Catalog in 1864 he missed the correction to the position of NGC 7234 by Arthur von Auwers published 2 years earlier. So his entry was given the designation of NGC 7235. Both were included in his General Catalog. When Dreyer prepared the NGC 25 years later he listed \"both\" clusters not realizing there was nothing at the position for NGC 7234 or that von Auwers had discovered it was John Herschel\'s cluster. So today some sources like WEBDA omit NGC 7234 but all include NGC 7235. It\'s not in either H400 program.

By whichever name you desire, the cluster is about 9,200 light-years distant in southern Cepheus less than a degree south of Zeta Cephei. WEBDA lists its age at 11.8 million years which makes it quite young. At that age I expected its stars to be blue rather than white but WEBDA lists it as being reddened by nearly a magnitude. I\'d not think that sufficient to turn very blue stars white but apparently it is. The Sky shows the bright orange star as being only 65 light-years distant so it isn\'t a cluster member. The cluster\'s Trumpler classification is II3m. Even though discovered by William Hershel and a rather easy cluster visually it didn\'t make either of the Herschel 400 observing programs, possibly due to the position error for William\'s discovery of it. 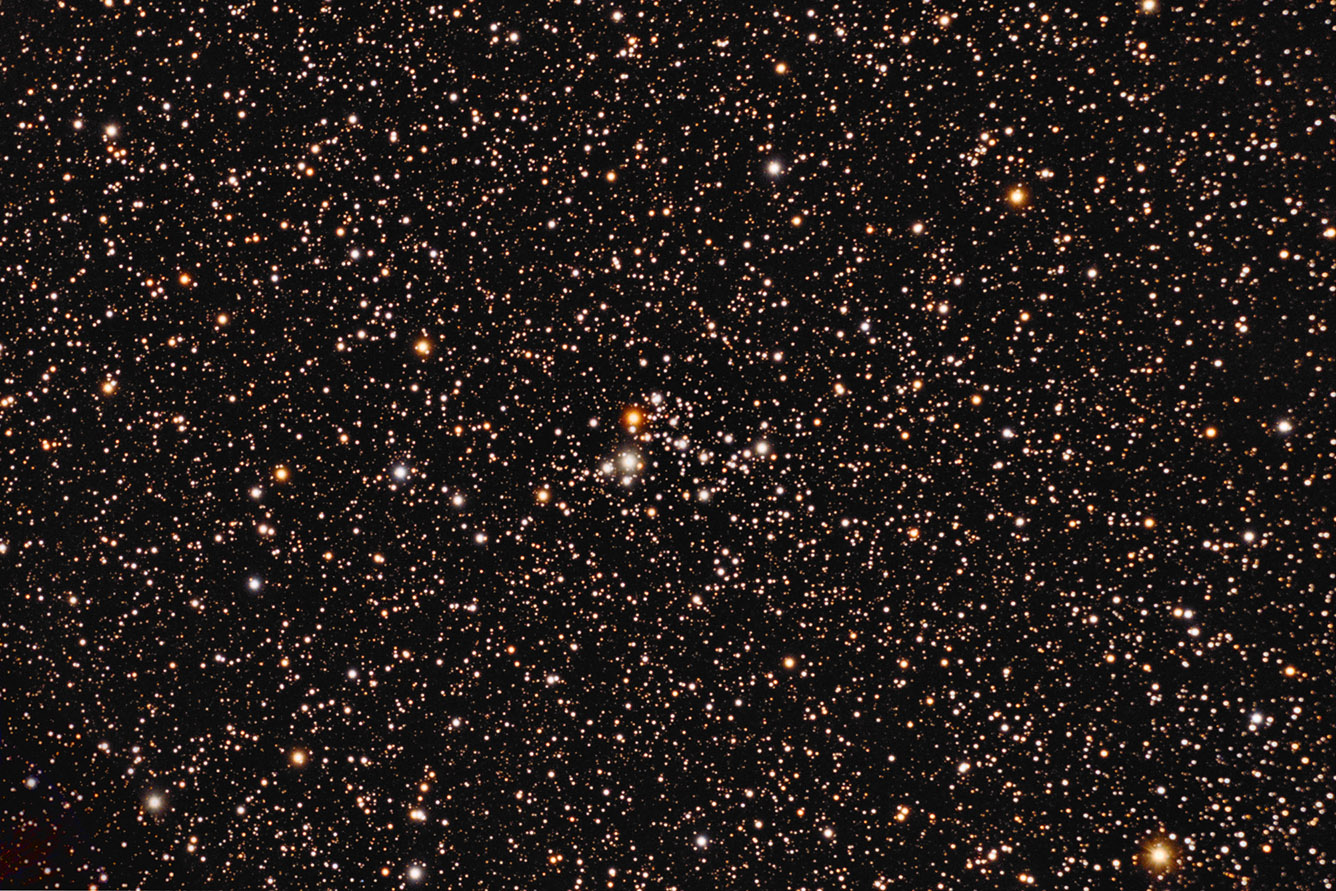 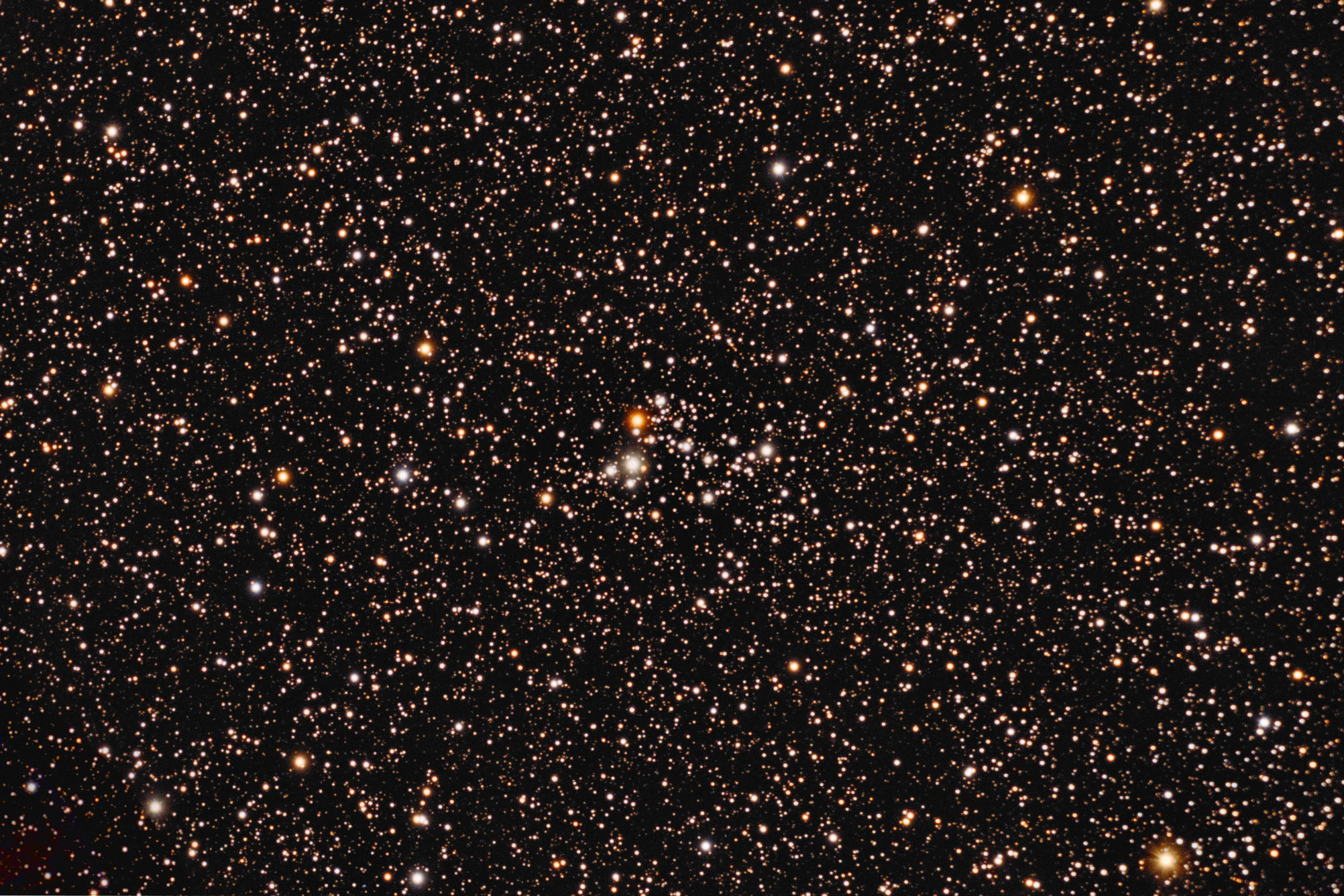