NGC 7245 is a Trumpler class II1p (one source says II2m) open cluster in Northern Lacerta. Its classification indicates it is a cluster detached from the background with little concentration made up of stars with evenly bright stars and less than 50 stars. From my image, it seems very hard to distinguish from the background. It\'s the blue stars a bit up and to the right of center. I don\'t understand why I did that. Probably a coordinate error on my part when I wrote the script file to take the image. The cluster was discovered by William Herschel on October 14, 1787 and is in the second Herschel 400 object list. This is what put it on my to-do list at a rather low urgency rating. These get taken when waiting for something better to get into position.

NGC 7245 is a rather blue cluster because its stars are young. WEBDA puts its age at about 175 million years. Reddening from our galaxy\'s dust is about 0.47 magnitude though it is still quite blue thanks to the young age of its stars. Its distance is about 7,000 light-years. I measure it at about 5 minutes in size though this is very approximate. That would make it only 10 light-years across.

What I didn\'t know at the time was the existence of a second open cluster in the frame. It is found up and to the left of NGC 7245 and is easier to distinguish in my image due to all the faint stars. This cluster is King 9. WEBDA puts its age at over 3 billion years or 18 times that of NGC 7245. That explains why it has no blue stars. They\'ve long since died. Its distance is listed at 26,000 light-years making it nearly 4 times further away. I measure its long axis at about 1.5\' which makes it about 11 light-years across. But other sources put its size at 3 minutes making it 22 light-years across. About the same as NGC 7245. Even though it is much more distant and seen along nearly the same line of site WEBDA puts its reddening at only 0.37 magnitudes, a bit less than NGC 7245 which I find rather odd. It is Trumpler class I1m so is detached from the background and highly concentrated with stars of more even brightness and between 50 and 100 stars making it a richer cluster as well. Sometimes when imaging a dud something better shows up. 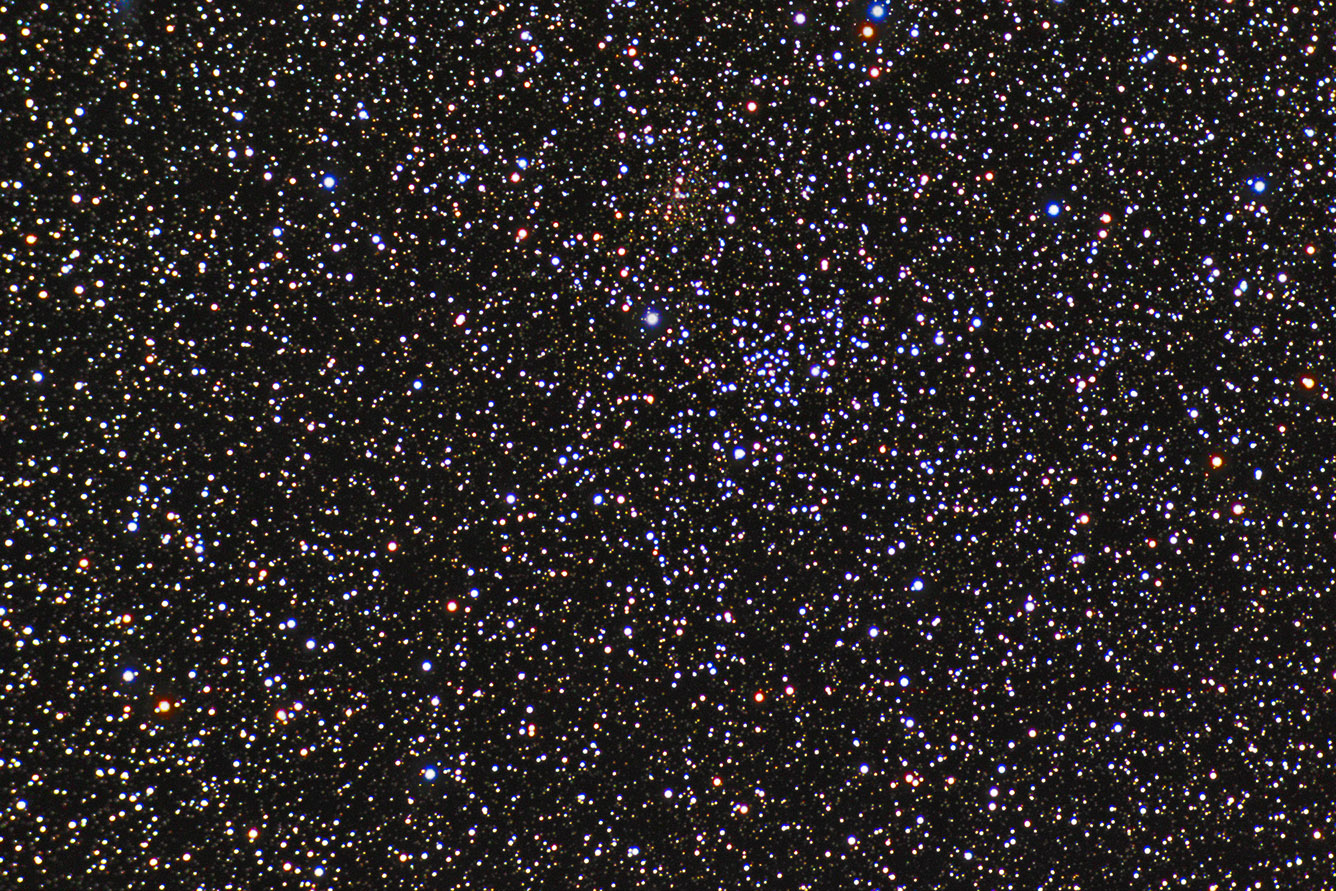