NGC 7246 also known as IC 5198 is a spiral galaxy in Aquarius about 170 million light-years distant (130 million by a single Tully-Fisher measurement. I suspect the redshift distance is closer to the right value as you usually need several Tully-Fisher measurements to home in on a distance using that method. It was discovered by William Herschel on September 6, 1793. It isn\'t in either of the H400 programs.

There\'s nothing much interesting about this galaxy. But it wasn\'t my real target. I was more interested in the two highly distorted galaxies on either side of it. Since NGC 7246 appears pretty normal I wondered if these other two were related? If so could their distortion be due to a near collision between them? Unfortunately neither NED nor SIMBAD had anything on these. NED didn\'t even have the LEDA galaxy in its various databases that I could find. The APMUKS galaxy wasn\'t in SIMBAD that I could find. I came up empty trying to answer these questions.

This field is below my normal -15 degree declination cutoff and is very noisy being hurt by both seeing so low in the sky and by fog coming off the lake that cost a good magnitude or more and cast a bright haze over the entire image. As the fog was constantly changing it created lots of gradients over the image. Removing them likely removed the fainter parts of both galaxies. So this is another for the reshoot list but unless I can find something on these two distorted galaxies, I doubt that will happen.

I\'d wanted more time for this one but the 11 frames I did get was all I could before it went into my Meridian tree. Since then the weather hasn\'t allowed another try and it is now lost to that tree for this year. So I went with what I had. With only 1 extra frame I decided to make it a blue filter image as blue is severely hurt by the fog rising over the lake. I can\'t see it helped to any significant extent. 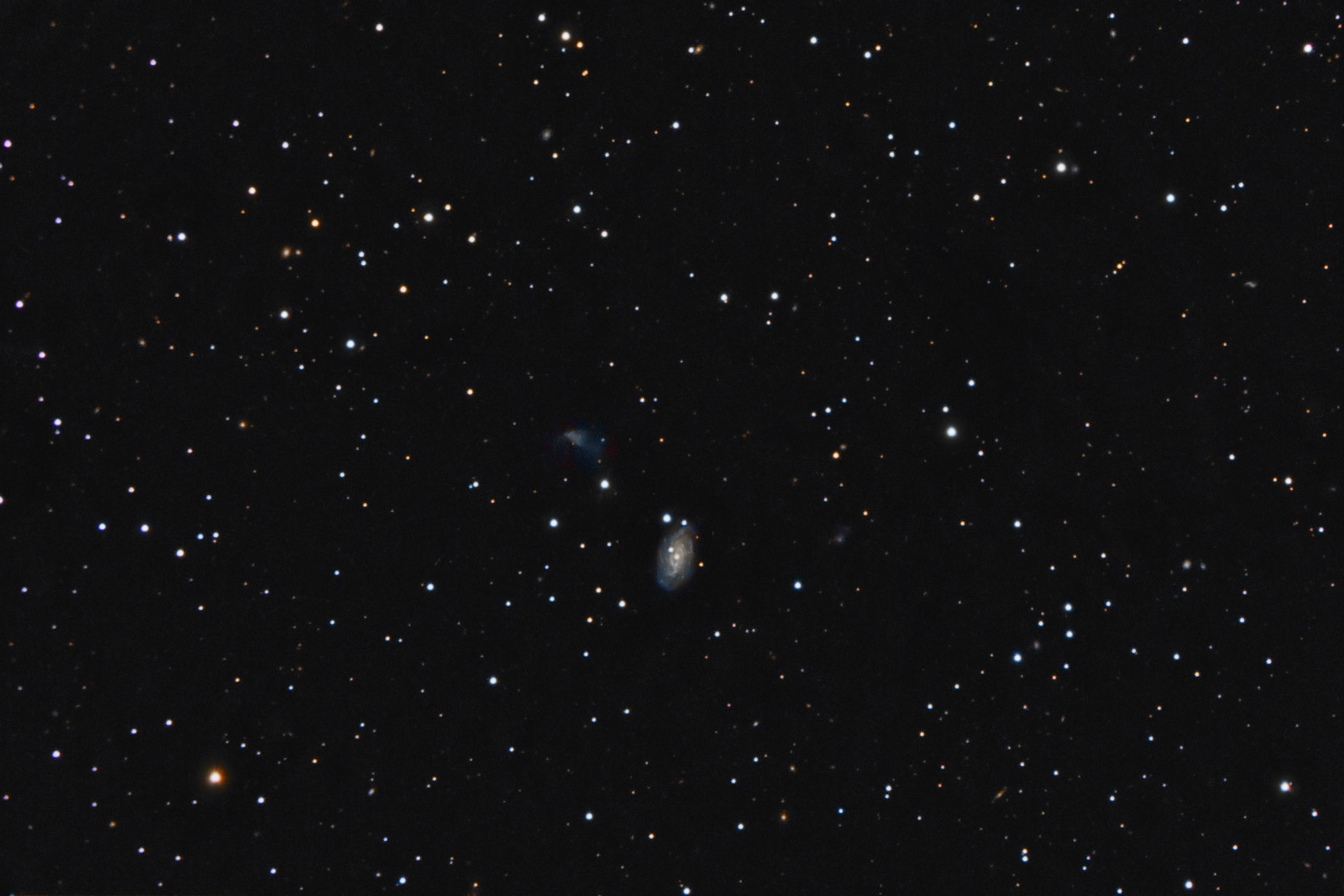 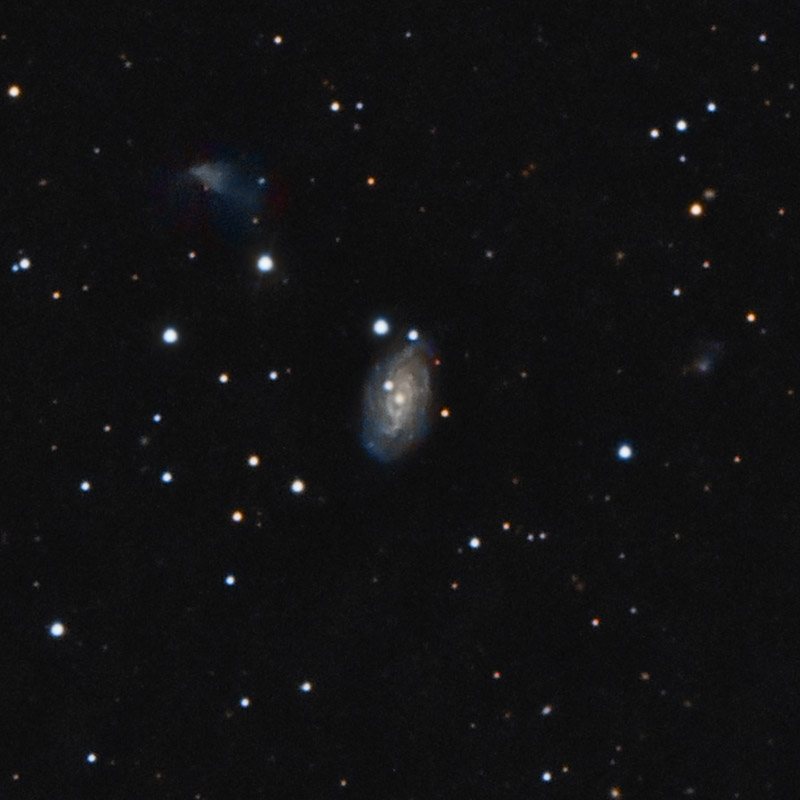 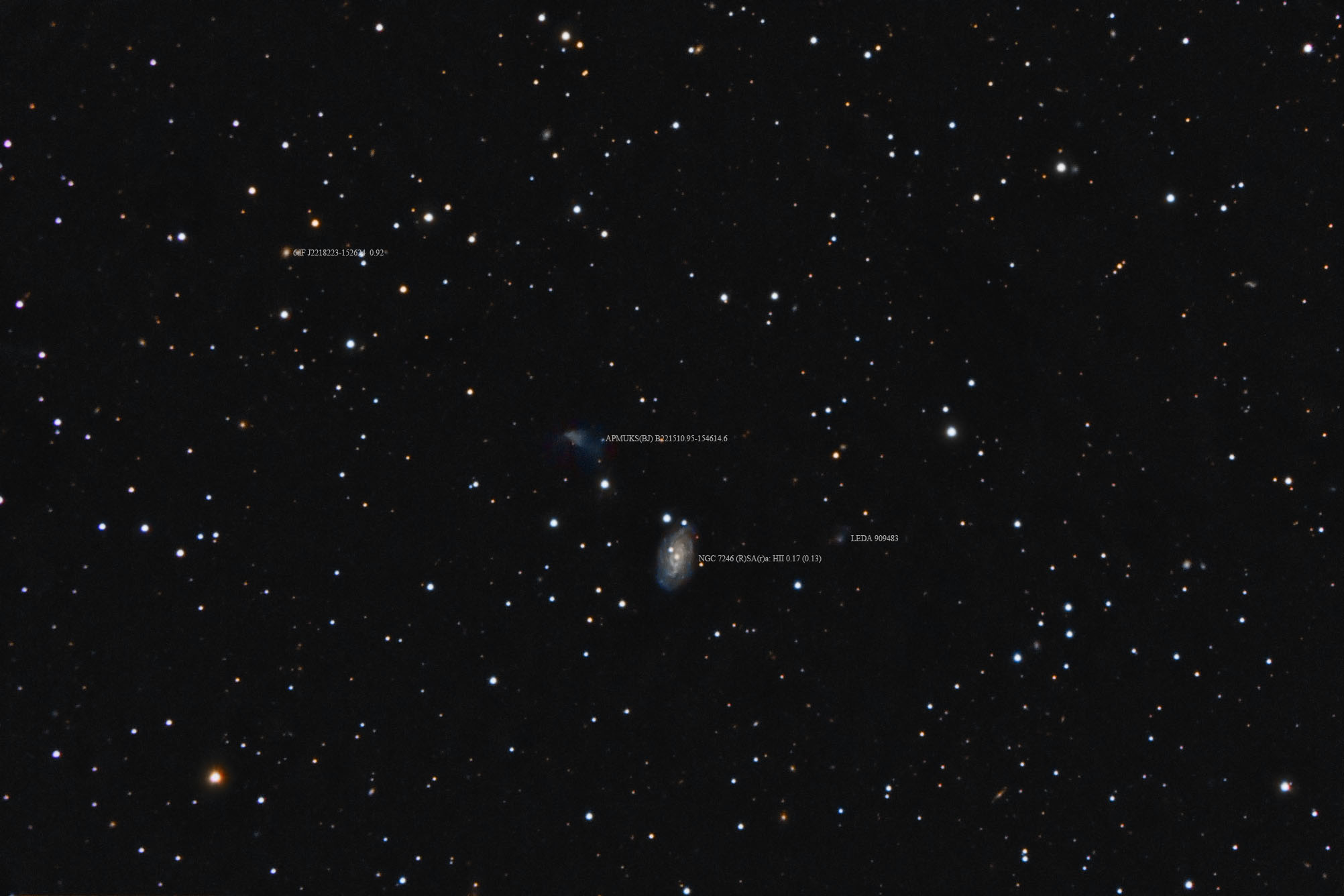