NGC 7250 is considered to be a merging pair of galaxies. Seems worthy of Arp\'s list but wasn\'t included. It is in the constellation of Lacerta about 40 to 45 million light-years distant. It is somewhat obscured by our galaxy\'s dust. Even with 12 subs, the faint outer regions were just that, faint. It must be a lovely sight without the dust. It is classed as S-irr by the NGC project and Sdm? at NED. It is a starburst galaxy which isn\'t surprising for a recent galaxy merger. Still, it appears rather small in angular size. So small I imaged it at 0.5\" per pixel and it still isn\'t very big. One note indicates the brightest star-like object to the northwest (upper right) of the core about 24 seconds of arc from the center is a \"companion\". Do they mean the remains of the merging galaxy? For such an interesting galaxy I found very little on it. Probably because it is nearly impossible to separate the signature of features of its spectrum, radio and visual, from those of the Milky Way itself. This is often the case with galaxies seen this close to the galactic plane. I suppose the galaxy would be much bluer if not for the galactic extinction as well. It was discovered by William Herschel on November 8, 1790. It isn\'t in either H400 program.

Few other galaxies are in my image, none with redshift data. The brightest is 2MASX J22182750+4035226 to the east-northeast of NGC 7250. NED lists only one other galaxy in the entire field, though I see a couple dozen. The one it lists is in the upper right corner of the image. It is rather red in color and northeast of the first bright star down from that corner. Several others are in the area, it is the brightest. It is 2MASX J22173483+4038271 if you just had to know. 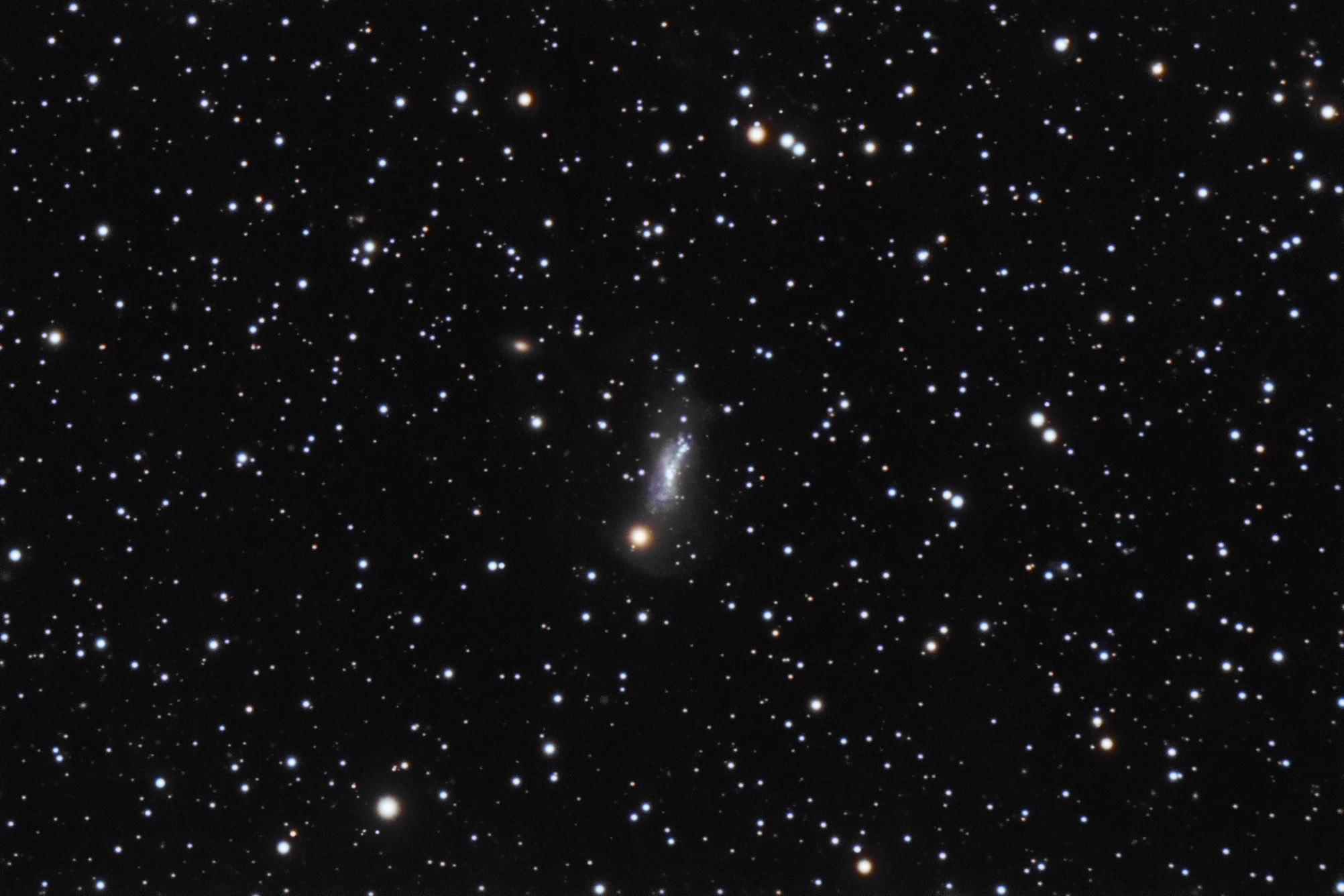