NGC 7282 is a low surface brightness galaxy in southern Lacerta about 190 million light-years from us by redshift and 180 million light-years by the median of Tully-Fisher measurements at NED. Arp had a classification for \"wind effects\" that this one would seem to fit into nicely. The field is somewhat obscured by dust in our Milky Way which reddens the galaxy and dims it. I have partly compensated for the reddening. It is always a quandary for me, should I leave it as dust-colored and thus red or try and remove the dust to show its \"true\" color. Since I used spectral types of the stars in NOMAD\'s database as a color reference and they tend to be reddened by the dust I end up removing some of the red but since the stars are only seen through some, not all the dust the reddening of the galaxy and a few stars aren\'t fully removed. Nearby stars in front of any dust are then too blue after the adjustment which is applied to the entire image. Also, some parts of the field may contain more dust than others further altering color. Sometimes I leave them red and other times I compensate to some extent. I chose the latter for this image.

NGC 7282 is listed at NED as SB(r)b with a Seyfert 2 active nucleus. The NGC Project says it is SBb while Seligman says SBb?. I don\'t see the inner ring that NED\'s classification sees. I suppose it is referring to the inner arm that are quite unsymmetrical about the core. The galaxy appears to have been drawn out by some encounter though no candidate is seen in my image. The only other galaxy with redshift data is CGCG 531-007 to the lower left near the bottom of my image. Redshift puts it at 200 million light-years so it could very well be related to NGC 7282. But it shows no distortion so is very unlikely to be the cause of NGC 7282\'s distortion. NGC 7282 was discovered by Édouard Stephan on October 2, 1878. I get a major axis size of 167,000 light-years making this a large galaxy. If an interaction is involved then it likely was smaller prior to the event. CGCG 531-007 is much smaller at about 55,000 light-years. The entire field has some faint nebulosity throughout. My exposure times aren\'t sufficient to bring them out but for a few faint puffs on the eastern (left) side of the image.

Being in the zone of avoidance there\'s little on this field. In fact, few of the galaxies are listed in NED or SIMBAD at all. With no data on the other galaxies with many not listed at all, I didn\'t prepare an annotated image. Transparency when taking the blue frames was very poor. Then conditions improved so I tried again but it was a sucker hole. Those two frames were also badly hit. To get usable blue I combined all four attempts. 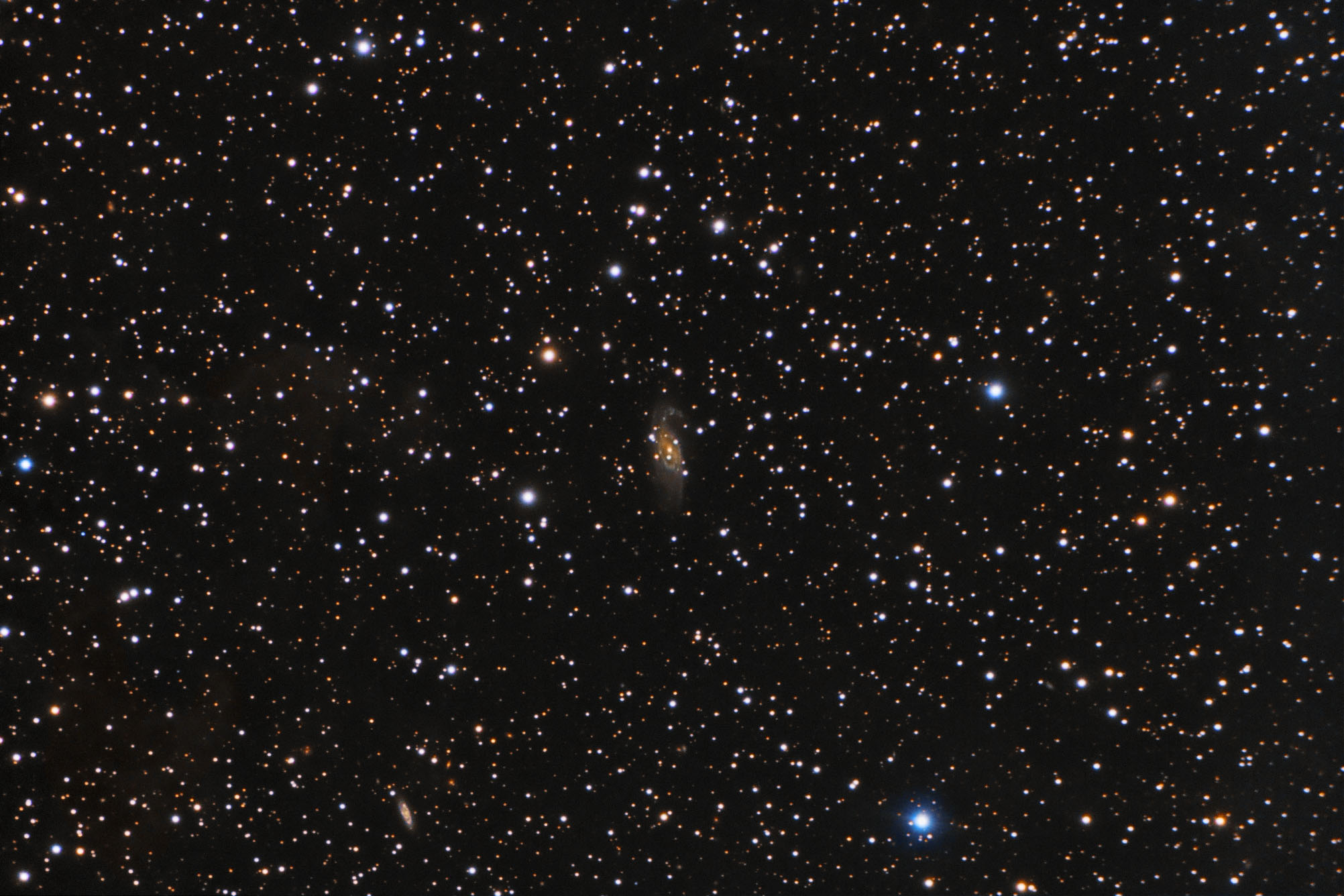 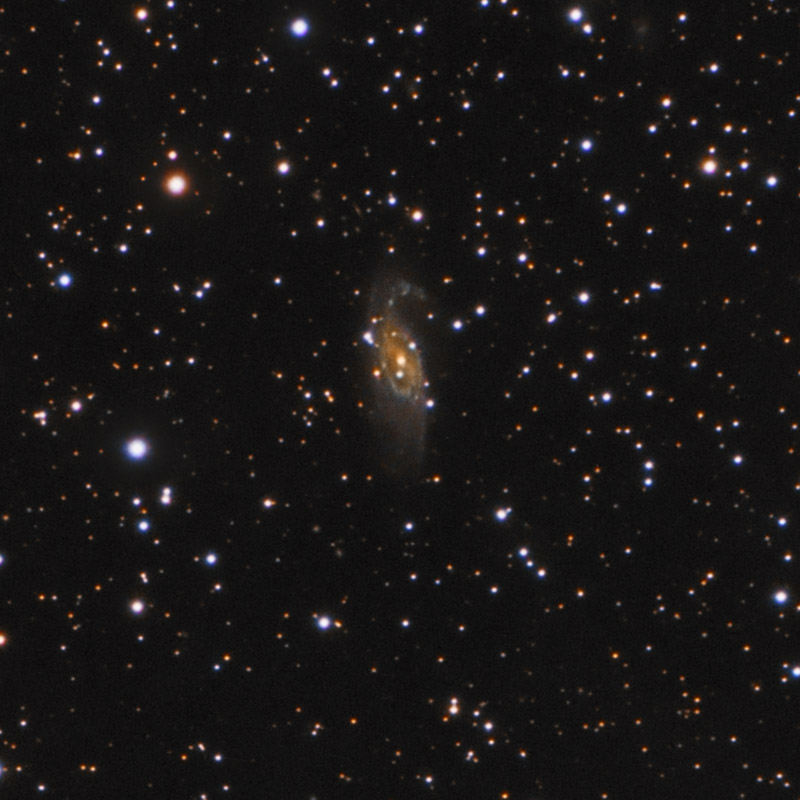