NGC 7296 is a small open cluster, in Lacerta, almost lost in the background of the Milky Way. It was on my list as a Herschel 400 object. I take those when nothing better is within my meridian limits. Even visually I found it rather lost in the Milky Way. My Herschel 400 entry, made June 14, 1985, reads: \"Small cluster, nearly drown out by a very rich Milky Way. Where does the writer come up with the \'2 degrees east of Beta\' (statement) when it\'s less than 1 degree east?\" I went on about this error as I was pointing 2 degrees east and seeing nothing until I realized that position didn\'t match the given coordinates. When I used the coordinates it was easy to find. Apparently, I wasn\'t happy with the time it cost me looking the wrong place for it.

Herschel recorded this one twice it appears, once with wrong coordinates. Thus it carries two NGC numbers 7295 and 7296. However, Seligman has a different idea. He says NGC 7296 was William\'s discovery on October 14, 1787 but says 7295 was found by John on November 8, 1831. Seligman makes no comment about a second William observation of it. Oddly SIMBAD doesn\'t list an entry for 7295. When the POSS server uses NGC 7295 when you ask for NGC 7296 but points a couple minutes south of the correct position.

I found little on this object. WEBDA indicates it is about 9550 light-years distant and very young at an age of about 100 million years. The Sky lists the bright orange star in the cluster as being only 153 light-years distant so not a cluster member. The Sky didn\'t list distances to any other stars in the area of the cluster.

NED does list a few galaxies in the area but without distance data. I\'ve shown those it listed in the reduced annotated image.

My blue data was severely hurt by haze that cleared for the other colors. I had to compensate with a far larger factor than I normally would use. Color is therefore somewhat suspect. 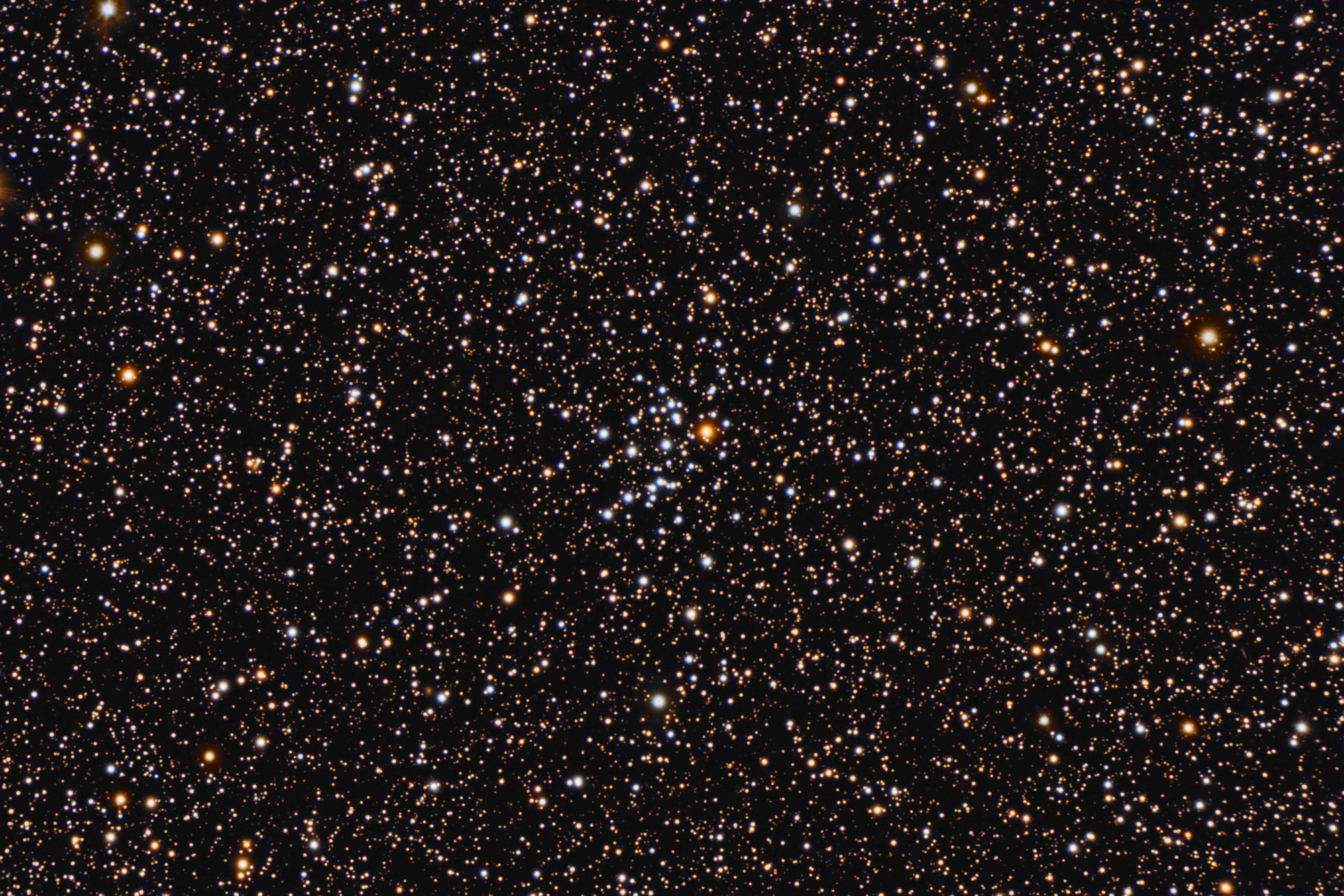 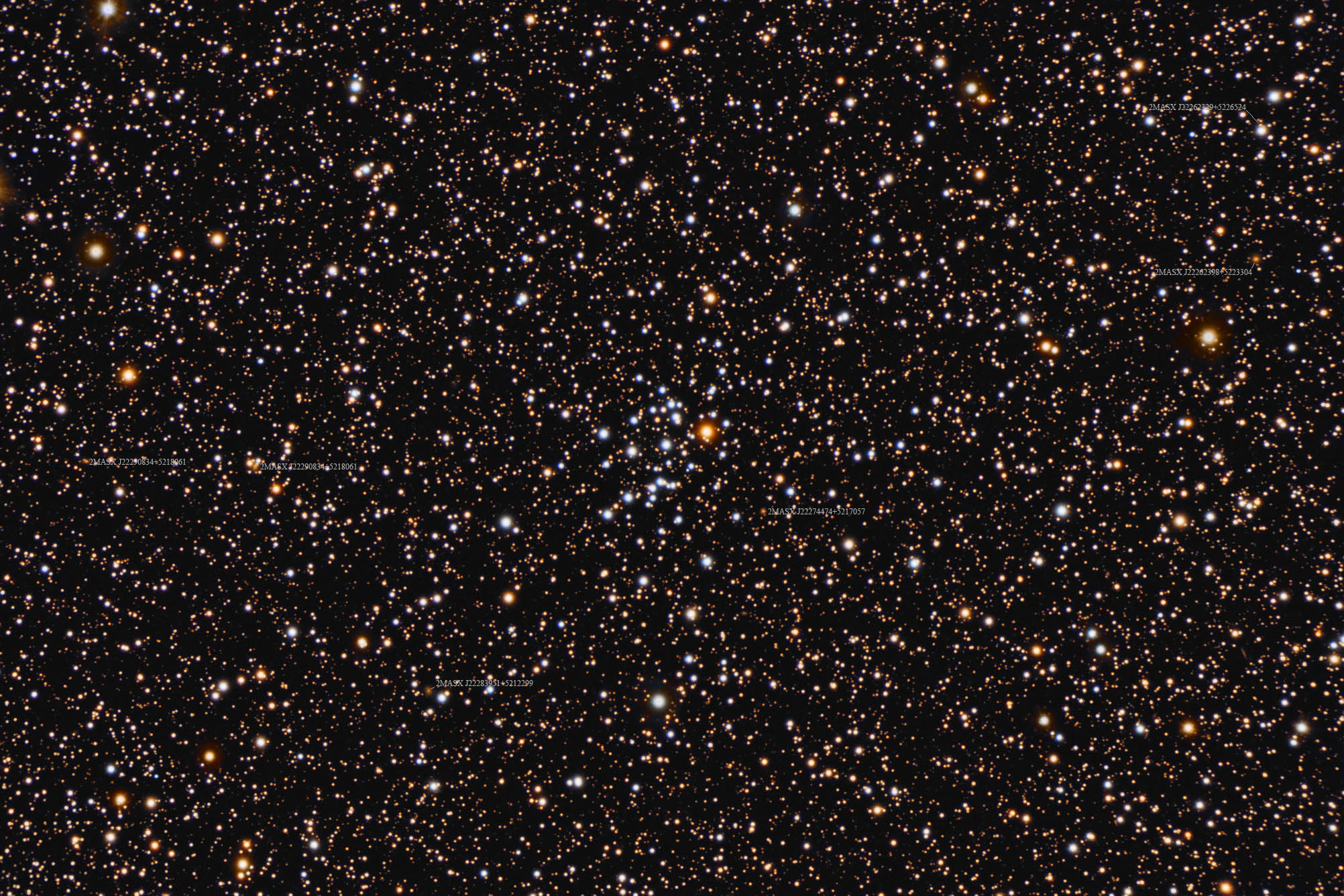