NGC 7332 and 7339 are a pair of very different galaxies in Pegasus about 40 million light-years away. NGC 7332 is classed as S0 pec by NED and S0 by the NGC project. NED gives it the peculiar label due to its boxy (some say peanut shaped) core. Except for this odd core, it is a very white featureless edge on spiral mostly devoid of dust and apparently, gas as one note indicates no HII emission is seen coming from the galaxy.

Its companion in space is NGC 7339. It is classed by NED as SAB(s)bc:? and simply Sb-c by the NGC Project. While redshift shows the distance to these two to differ by some 6 million light-years it is most likely they are much closer than that to each other though not interacting nor does it appear they have ever been interacting.

Assuming the distance to both is 40 million light-years, NGC 7332 is a bit less than 48,000 light-years across as seen from our perspective and NGC 7339 a bit smaller at about 42,000 light-years. Rather average size galaxies.

According to NED, there are two other galaxies in the image that are likely members of the group. One is on the far right side of the image and has a redshift putting it about 50 million light-years distant. Even if it isn\'t a member and is 50 million light-years distant it is a dwarf with a diameter of under 9500 light-years. It is the radio galaxy AGES J223627+234258. AGES is the Arecibo Galaxy Environment Survey in case you were wondering.

The other possible member is an enigma. It is the radio galaxy AGES J223829+235135 to the east (left) of NGC 7339. I\'ve marked it as G 0.049? The annotation is beside what looks like an orange star with a galaxy below it. NED gives a position error of up to 25 seconds of arc centered almost precisely on the orange object. But at 49 million light-years it is only 1000 light-years across. It\'s very odd for a dwarf galaxy to be that bright, orange and small. Hence the question mark. Even the obvious galaxy below it is only about 2000 light-years across if 49,000 light-years distant. At least it is more typical of a dwarf galaxy but still seems too bright for those that size about our galaxy at least. I can\'t find any answers to this problem. Still, this small blue blob is the best candidate and is well within the error bars.

Below it is another galaxy with a problem, AGES J223839+234247 at 380 million light-years. Its position is that of a star precisely. The error bar is only a half second of arc for this one and it lands right on the star not the galaxy above it. If the galaxy above the star the one in the catalog it is over 10 times the error bar from the noted position. Still, it\'s the only galaxy in the area. It too earned a question mark. At 380 million light-years it is a more reasonable 30,000 light-years across.

The only other galaxy in the field with redshift data is at the far left, AGES J223846+234923, also at 380 million light-years and also very blue. It measures out to about 36,000 light-years across. Finally, one that makes sense.

Below (south) NGC 7339 is a quasar at 8.6 billion light-years a z of 1.24 for those wishing to make their own distance calculation rather than NED\'s 5 year WMAP calculation of light travel time that I used.

Unfortunately, the image suffers from the bad seeing and poor transparency I had much of the last 15+ months. 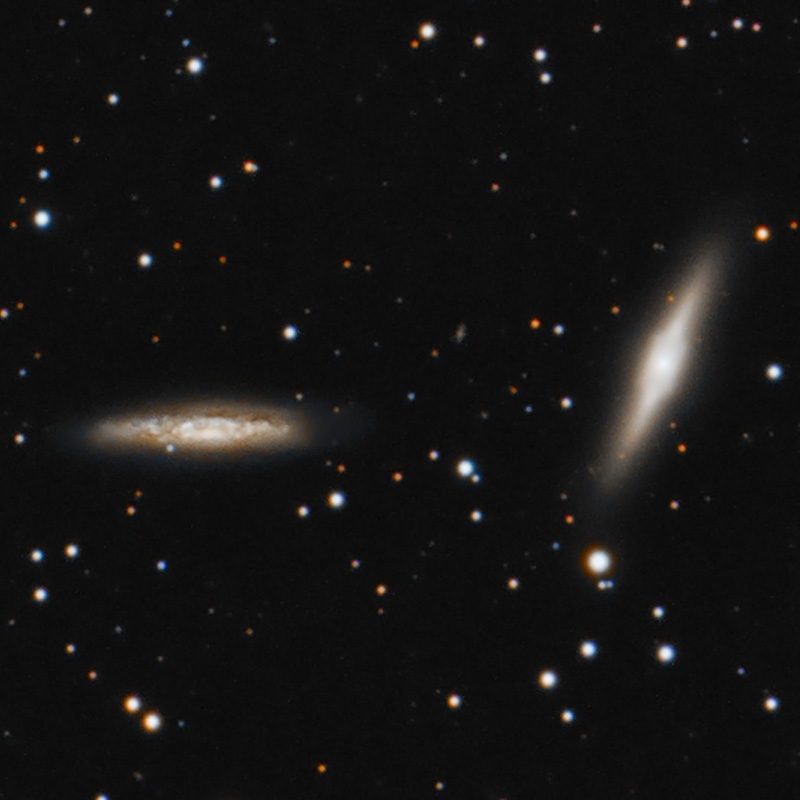 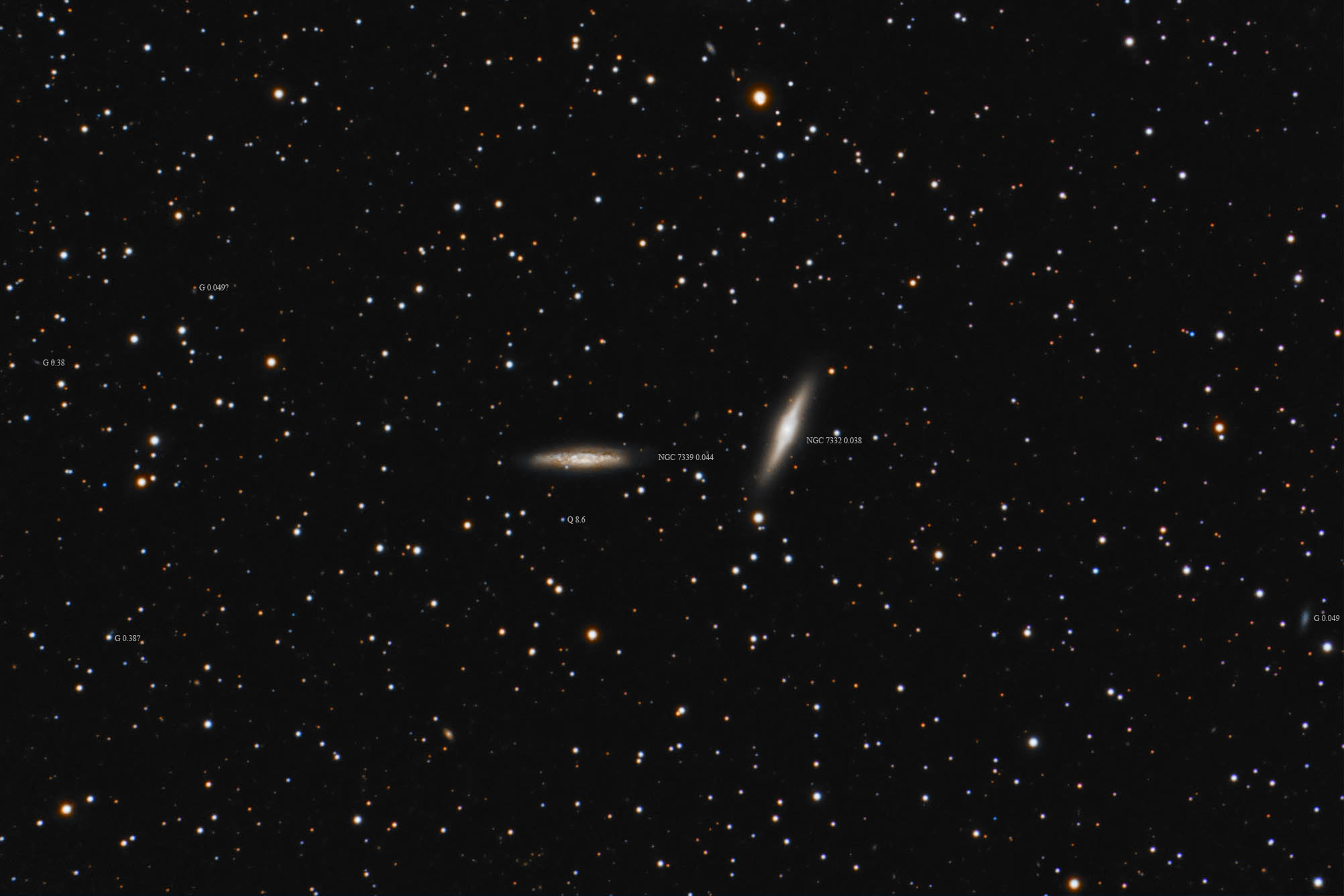