NGC 7348 is a rather ratty looking galaxy in the neck of Pegasus about 300 to 320 million light-years distant. It is an ultraviolet excess galaxy though I found no studies on why that is the case. Most often it is due to interaction with another galaxy which could explain its rather ratty shape. It is classified as Scd: by NED, Sc by the NGC project and SBc? by Seligman. It was discovered by Albert Marth on August 7, 1864.

In the lower right corner of the image is UGC 12134 a more normal looking spiral also at about 320 million light-years. Now the confusion begins. A note at NED says of it \"Not NGC 7353 which is a star.\" Simbad, however, says it is NGC 7353. Seligman and NED itself say NGC 7353 is a galaxy several minutes of right ascension left of my image. Poss plates certainly show a galaxy at that position. Seligman credits its discovery to Marth yet somehow Marth missed UGC 12134 according to most sources. For now, I\'m labeling it with the UGC entry. NED classifies it as Sbc. Other than confusion over its identity I found little on this galaxy.

But there is a real NGC object in the image. NGC 7350 in the upper left corner. Unfortunately, it is just a double star. A third star between the two might have helped to make it look fuzzy to Albert Marth who found it that same August 7th night.

Being in the Zone of Avoidance galaxies in this image are poorly studied. I listed the only ones NED listed but they have no redshift data. Quite a few weren\'t listed at all. The Deep Survey Field covers this image but its galaxies are mostly well below 24th magnitude so I didn\'t try to find what few were visible. 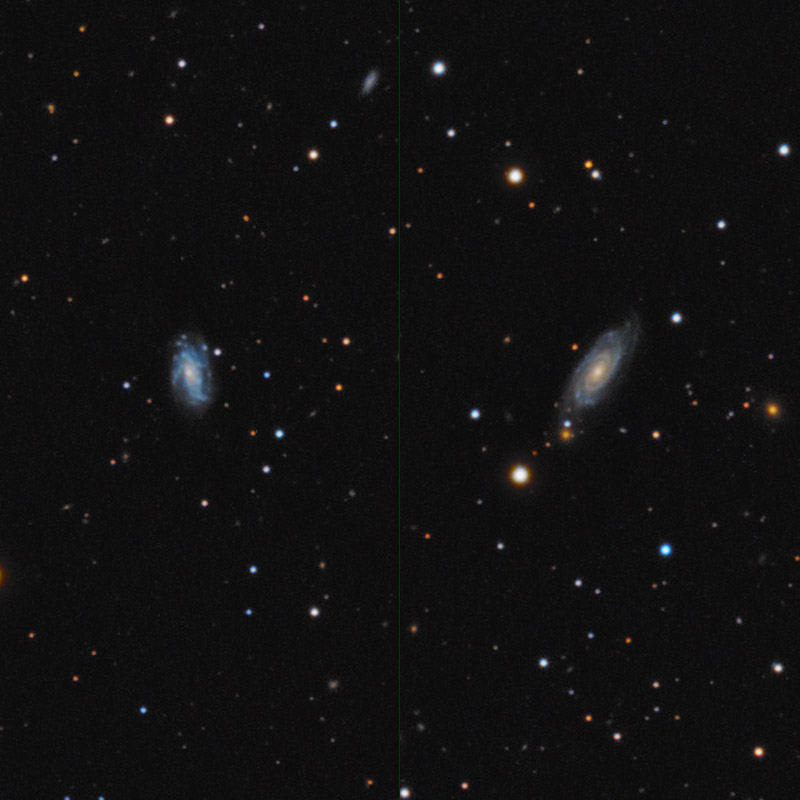 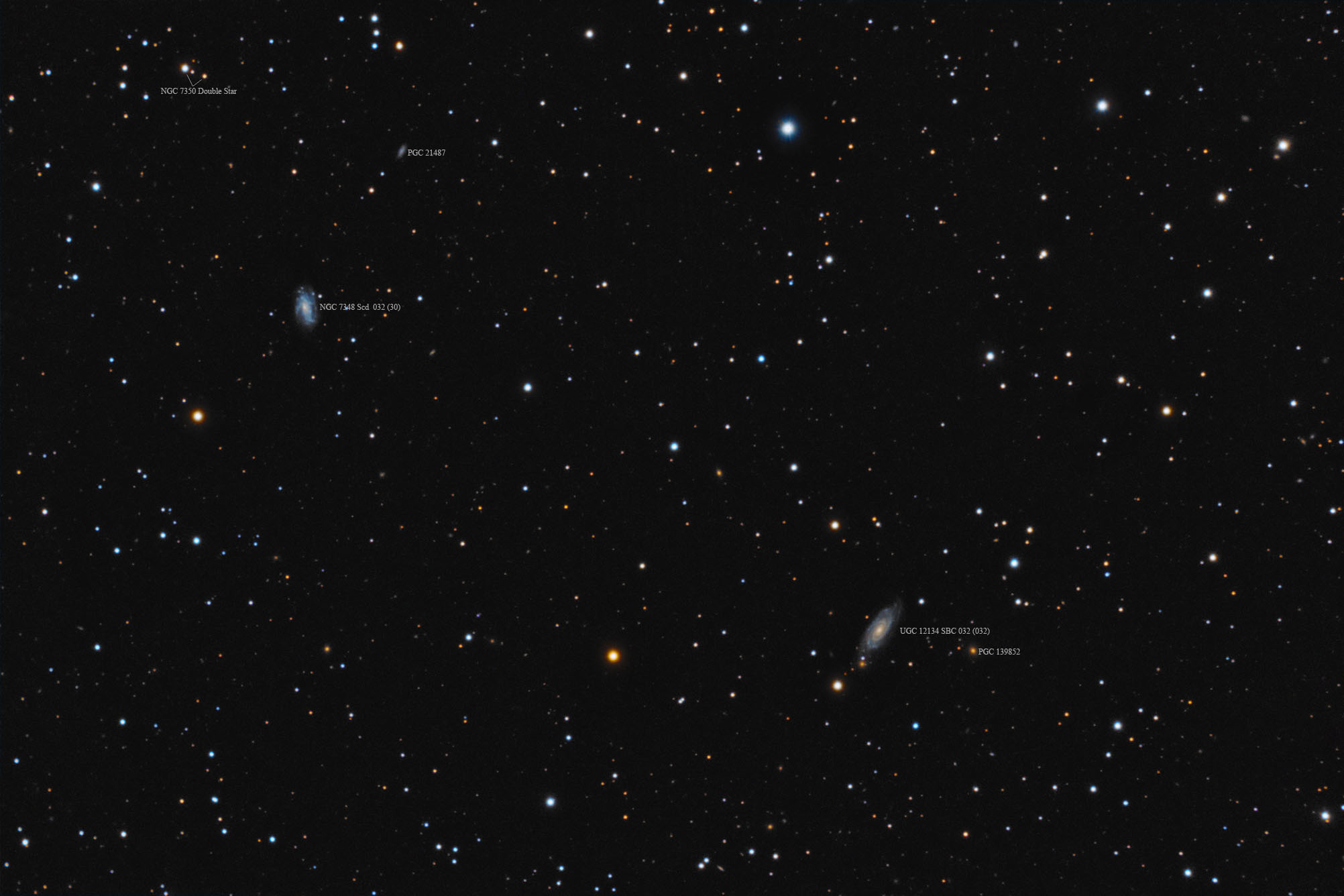 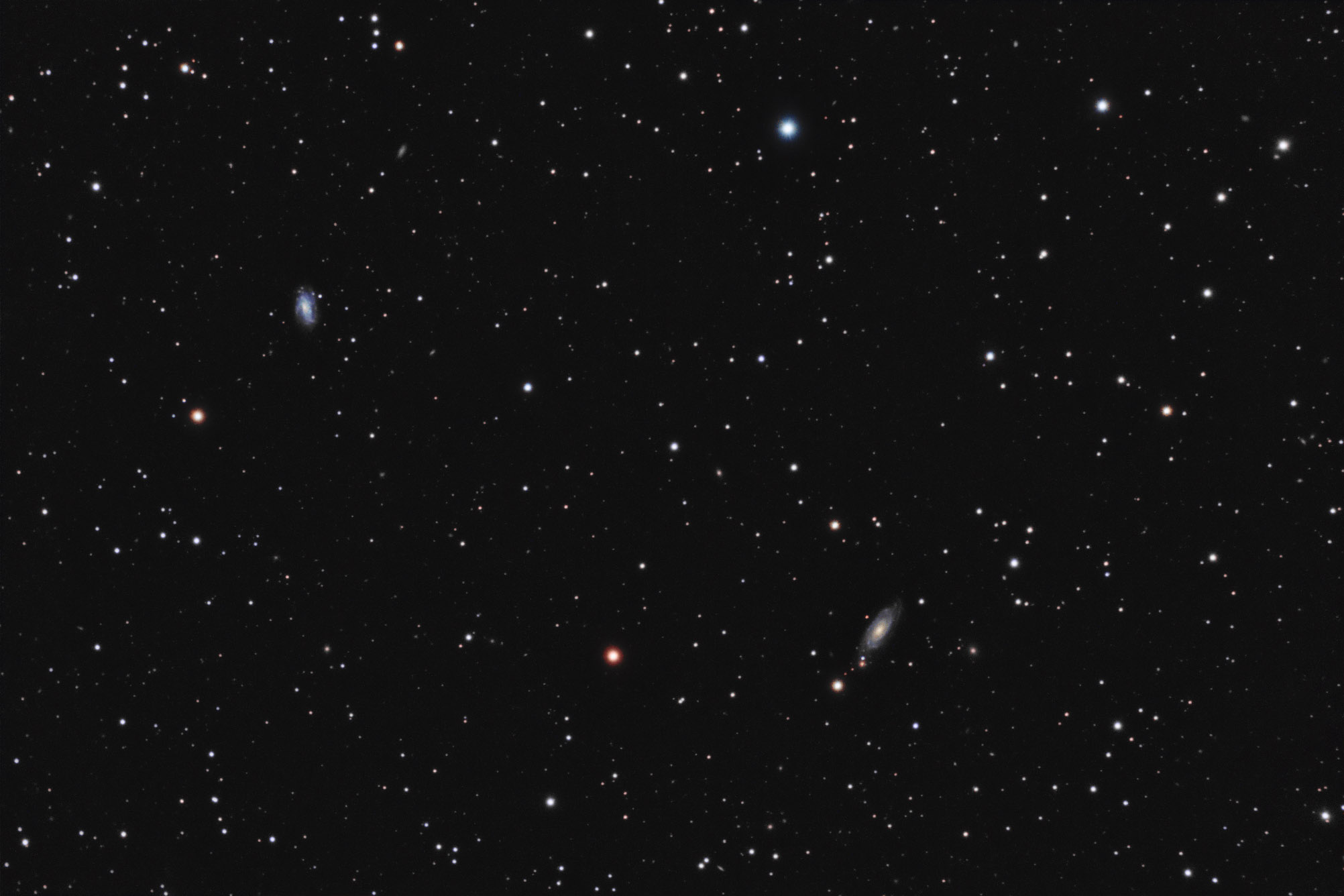