NGC 7419 is a nice open cluster in Cepheus about 3.75 degrees west southwest of M52. It was discovered by William Herschel in 1787 using his 18.7\" reflector. Trying to find information on this cluster was difficult. No two sources agreed on anything. WEBDA says it is 1.38 kpc (4.5kly) distant with an age of 19.2 million years and is reddened by 1.83 magnitudes. The latest paper I found on it says it is 4 kpc (13kly) distant, 14 +/- 2 million years old and has reddening of 1.24 magnitudes. I have no idea who is more correct. The paper studied the high number of Be stars in the cluster. Seems most clusters have more red super giants than Be stars but here the ratios are reversed. The paper lists 5 red super giants but only 2 are identified on its chart identifying these stars. The paper lists 10 Be stars, all of which are on the chart. I\'ve labeled both on the cropped annotated image. A red asterisk to the upper right of the star marks the two red super giants on the charts and a blue B to the right of the star marks the Be stars. I should mention Be means the star is spectral class B (very massive) and has strong emission lines, usually H alpha, in its spectrum.

I was somewhat surprised at the Be stars coming out somewhat red in my image. While the reddening and the H alpha emission will redden Be stars to some extent these seem way too reddened to me. I went back and checked my B2V colors but they seem right on as to non cluster stars. Some of the blue ones in the image are A stars that should be yellower than B stars but are bluer than the Be stars in the cluster. I\'ve labeled an A3 star in the annotated image to show this issue. I found only a couple RGB filtered color images using Google, one was far redder than I came out and one was a rather close match, that by Jim Thommes who is quite careful about his color ( http://www.jthommes.com/Astro/NGC7419.htm ). That leaves me still trying to understand the star colors in this cluster.

After processing and researching this one it kept sounding familiar yet a check of my log showed it had never been taken or processed before. Turns out logs lie if you forget to enter the data. I had taken this one before and met with the same issues. The accident last November knocked specific things from my memory. Certain names, places and events just vanished. Some, not all have returned. This cluster must be one that\'s still lost as I have no memory of it. But a search shows I did post it on 10-31-2011. This one gives the same colors but under a bit better seeing (rare for this year) so since it is better and I did all the work I\'m running it anyway. 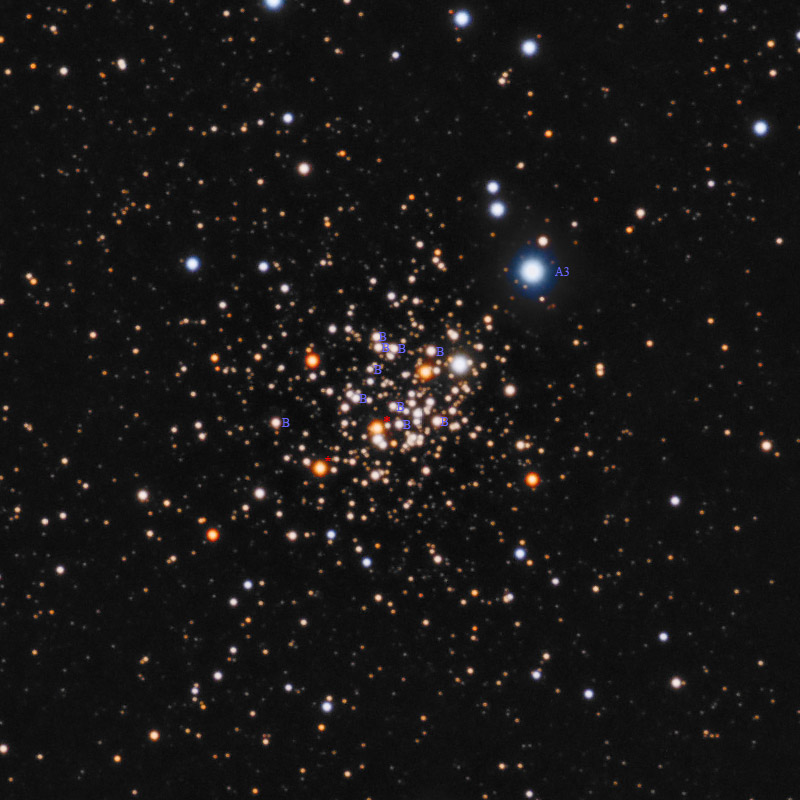 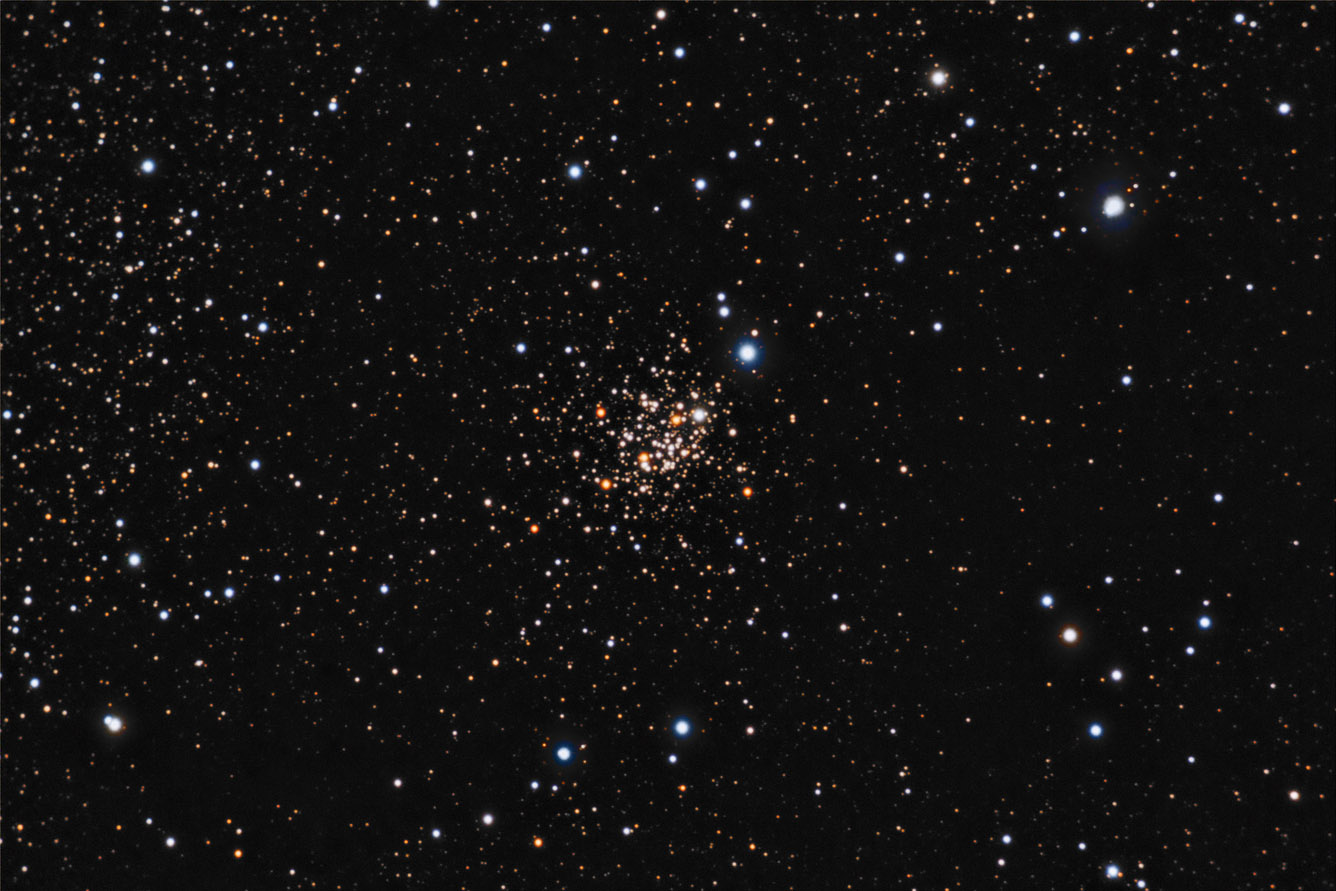 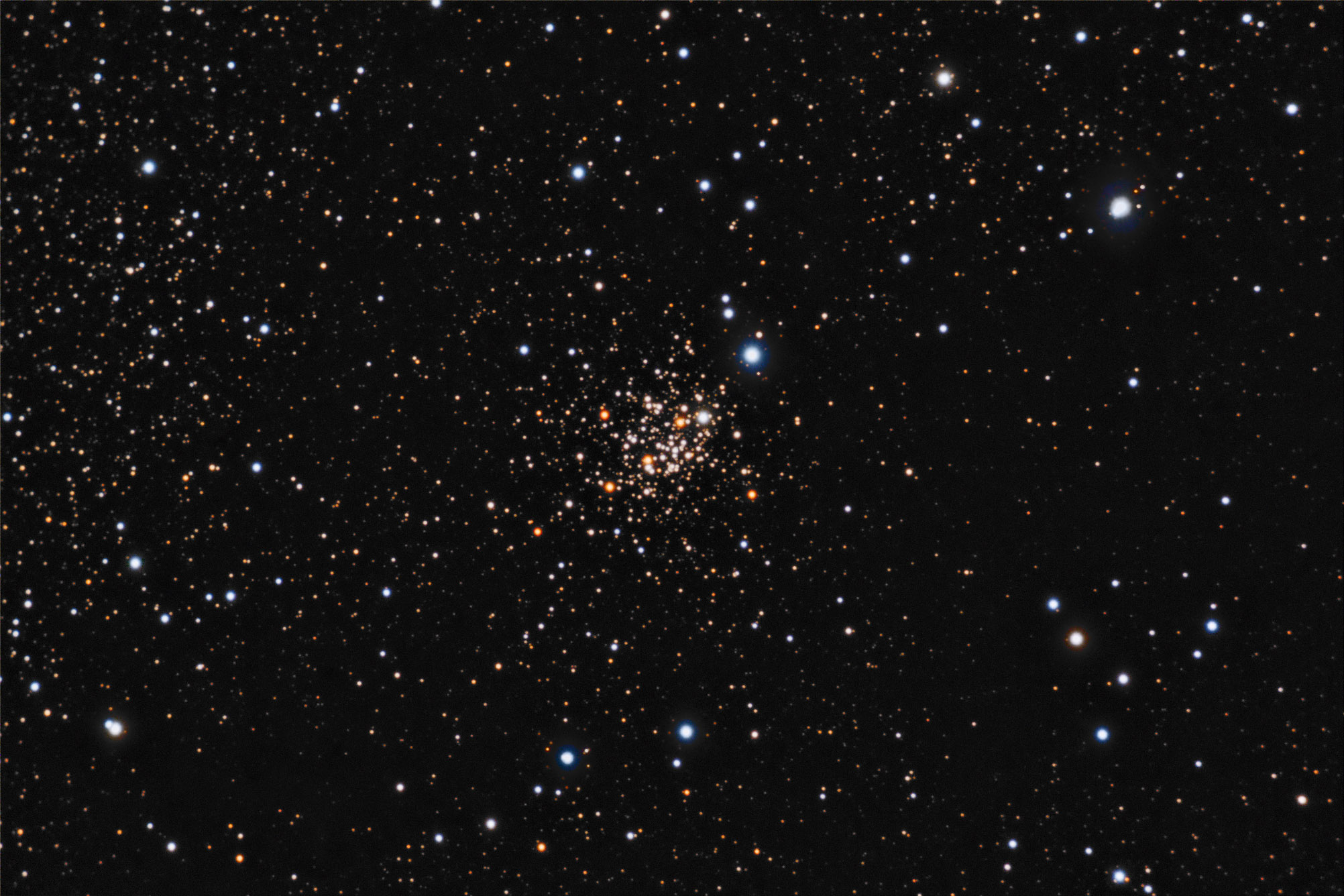