NGC 7423/Berkeley 57 is an open cluster right in the southeast corner of Cepheus. In fact, a piece of the left edge is in Cassiopeia while the very bottom of the image is in Lacerta. It was discovered by William Herschel on November 1, 1788 but isn\'t in either of the Herschel 400 programs. Dreyer described it as \"very faint, pretty large, irregular figure, extremely mottled but not resolved.\"

WEBDA says it is 1.4 billion years old so a rather old cluster. Tidal forces often break up clusters before they can get this old yet it seems rather well defined even today. It is 13,500 light-years distant so I\'d expect from age and distance. WEBDA says it is reddened by 0.75 magnitudes. Still, it doesn\'t seem quite as red as I had expected.

Of more interest but even less information is the odd double object to the northeast of the cluster. Western parts are quite red and separated north to south. Southern part seems to have a star-like part and a horizontal nebulous bar. Both fade into a blue blob that appears to surround two stars to the east. Is this a separate object or part of the red object(s). Is the red part two objects or one with a dust band obscuring much of it? SIMBAD identifies a young stellar object as being in the southern part almost in the dust lane like feature, IRAS 22534+5653. NED lists an IR source at the position of the faint star-like object in the northern half 2MASX J22552984+5709244 and the star west of the lower half as another IR source 2MASX J22552796+5709261. Neither NED nor SIMBAD show anything for the blue object that seems to be a jet from the dark lane. Whatever is going on here interests me more than the cluster.

There\'s only one obvious galaxy in the image, a very red small spherical object southwest of the cluster. It is 2MASX J22541372+5702353 but I have nothing on it, not even a magnitude. I show it to be about 17.7 without calibrating for its red color. It is likely brighter as my sensor has issues with red. NED shows several other galaxies in the image. All I checked were so small and faint they make this one seem big and bright by comparison. None have any helpful data so no annotated image was made. 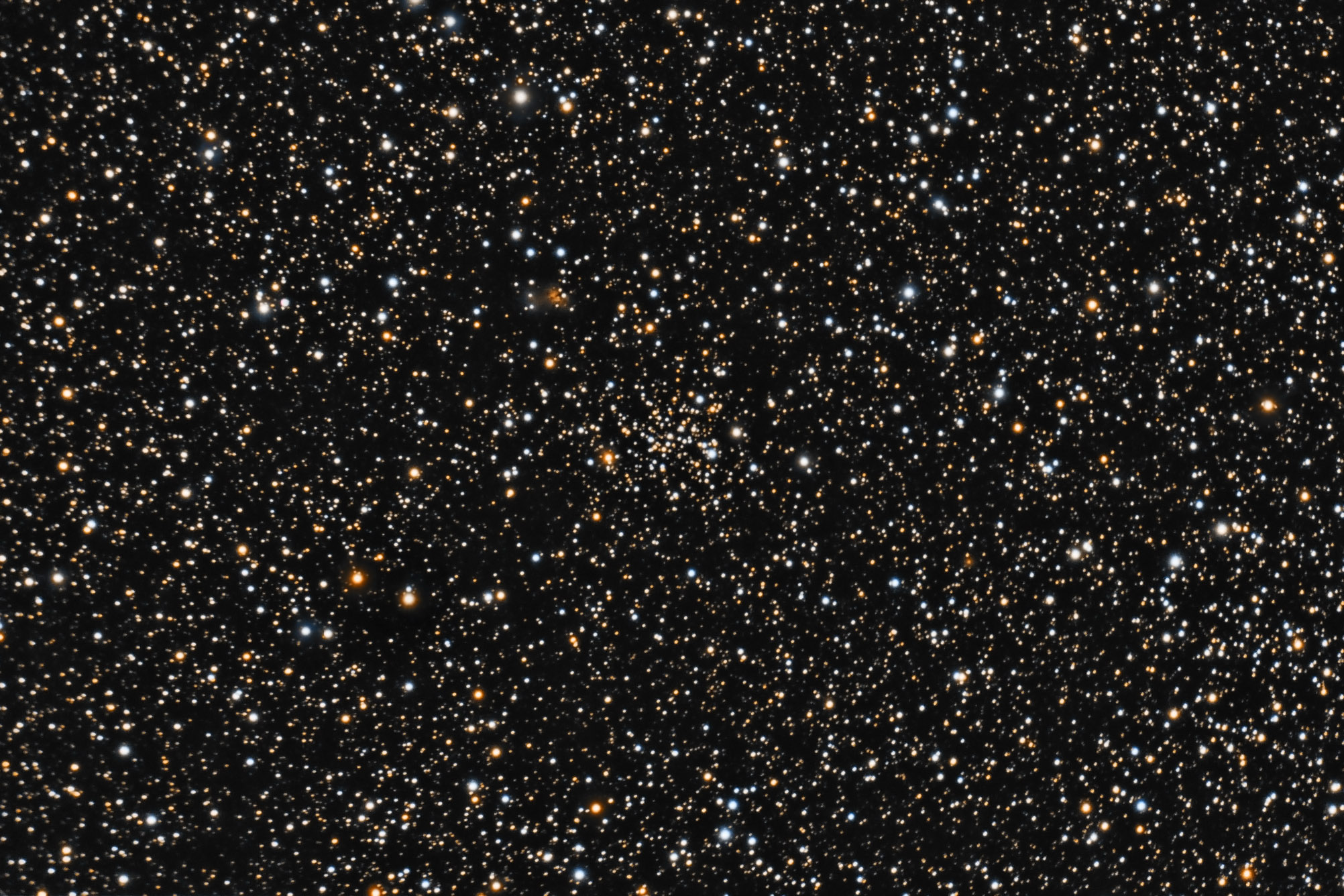